Around 1554 Walter Raleigh was born at Devon.

Around 1495 William Coffin Master was born to Richard Coffin at Portledge Manor.

In 1154 Roger Giffard was born to Gervaise Giffard at Awliscombe.

After 20 Jan 1258 Reynold Mohun was buried at Newenham.

On 26 Oct 1408 John Blount and Alice Bere were married at Bratton Fleming.

Church of St Mary the Virgin

After 24 Apr 1627 Robert Chichester was buried in Church of St Mary the Virgin.

After 1839. St Mary the Virgin Church. Monument to Madelina Lance -1839. A unusual tomb, known by some as a Zombie Tomb, showing Madelina emerging from her tomb with her child. Designed and sculpted by James Forsyth.

Before 1910. St Mary the Virgin Church. A magnificient Reredos sculpted in alabaster by James Forsyth.

Around 1564 Walter Raleigh spent his childhood at Hayes Barton.

On 09 Feb 1643 Sidney Godolphin was shot and killed during a skirmish at Chagford.

In 1390 Philip Vache and Elizabeth Clifford were married at Chudleigh.

After 29 May 1552 Peter Courtenay was buried at Chudleigh.

Around 1704 Henry Carew was born to Thomas Carew in Chudleigh.

George Carew was born to Thomas Carew in Chudleigh.

William Carew was born to Thomas Carew in Chudleigh.

Anne Carew was born to Thomas Carew in Chudleigh.

Henry Carew was born to Thomas Carew in Chudleigh.

On 01 Jun 1572 Thomas Clifford was born to Anthony Clifford at Ugbrooke House.

Around 1154 Gervaise Giffard died at Clovelly.

Around 1460 Jane Carew was born to Nicholas Carew and Margery Dinham at Clovelly.

Around 1466 Edmund Carew was born to Nicholas Carew and Margery Dinham at Clovelly.

Around 1540 Edward Carey was born to John Carey and Joyce Denny at Cockingham.

In Jan 1649 William Pole was buried in St Andrew's Church.

Around 1550 Edward Hext was born to George Hext and Mary Parker at Croyde.

After 05 Nov 1648 Mary Digby Countess Donegal was buried at All Saints Church.

In 1547 Nicholas Hilliard was born in Exeter.

Around 1669 Peter 1st Baron King was born in Exeter.

In Oct 1483 Buckingham's Rebellion was an attempt to replace Richard III King England with Henry Tudor. Richard Haute took part. He escaped execution, and was subsequently pardoned.
Richard Woodville 3rd Earl Rivers was attainted.
On 02 Nov 1483 Henry Stafford 2nd Duke Buckingham was beheaded in Salisbury Marketplace for his part in the rebellion.
On 08 Nov 1483 Thomas St Leger was executed at Exeter Castle.
Thomas Grey 1st Marquess Dorset and Eleanor Bohun Countess Ormonde escaped to Henry VII in Brittany. Walter Hungerford, Giles Daubeney 1st Baron Daubeney and Edward Courtenay 1st Earl Devon took part. !The rebellion was suppressed by Richard Guildford and Robert Willoughby 1st Baron Willoughby Broke.
On 04 Dec 1483 George Browne was beheaded at Tower Hill.
On 23 Jan 1484 Margaret Beaufort Countess Richmond was subject to an attainder in the first Parliament of Richard III for her involvement. Whilst the Act was described as an Attainder Richard in effect transferred all of Margaret's property to her husband Thomas Stanley 1st Earl Derby.
An act for the attainder of Margaret, countess of Richmond.
Because Margaret, countess of Richmond, mother of the king's great rebel and traitor, Henry, earl of Richmond, has lately conspired, leagued and committed high treason against our sovereign lord King Richard III in various ways, and in particular by sending messages, writings and tokens to the said Henry, urging, instigating and stirring him by them to come into this realm to make war upon our said sovereign lord; to which urging, instigation and stirring the said Henry applied himself, as experience has recently shown. Also, the said countess supplied great sums of money within the city of London as well as elsewhere in this realm to be employed in the execution of the said treason and malicious purpose; and the said countess also conspired, leagued and plotted the destruction of our said sovereign lord, and knew of and assented to, and assisted in the treason planned and committed by Henry, late duke of Buckingham, and his supporters, for which he and some of his supporters have been attainted by an act in this present parliament. Nevertheless, our said sovereign lord, of his special grace, mindful of the good and faithful service which Thomas, Lord Stanley, has given and intends to give our said sovereign lord, and for the sincere love and trust which the king has in him, and for his sake, remits and will forbear the great punishment of attainting the said countess, which she or anyone else doing the same has deserved; and in consideration of the foregoing, our said sovereign lord wills that it be enacted, ordained and decreed, by the assent of the lords spiritual and temporal and the commons assembled in this present parliament, and by authority of the same, that the said countess henceforth shall be legally unable to have, inherit or enjoy any manors, lands or tenements, or other hereditaments or possessions whatsoever, and also henceforth shall be unable to bear or have any name of estate or dignity; and that the said countess shall forfeit to our said sovereign lord the king and his heirs all the castles, manors, lordships, lands, tenements, rents, services, reversions and other hereditaments and possessions, whatsoever they may be, of which the said countess, or anyone else to her use, is now seised or possessed of estate of fee-simple, fee-tail, term of life, in dower or otherwise. And be it ordained by the said authority that all the said castles, manors, lordships, lands, tenements, rents, services, reversions and other hereditaments with the appurtenances of which the said countess, or anyone else to her use, is now seised of estate of fee-simple or fee-tail, shall remain to the said Thomas for term of his life, and after his death to our said sovereign lord the king and his heirs. And moreover, all the lordships, manors, lands, tenements, rents, services and reversions of which the said countess, or any other person to her use, is now seised of estate, term of her life or in dower, shall remain to the said Thomas during her life. And if the said Thomas dies during the lifetime of the said countess, they shall remain to the king; saving to every person and persons, except the said countess and her heirs, their right, title and interest in the said lands and tenements.

On Jul 1649 William Legge was imprisoned on a charge of high treason, for two years or more at Exeter Castle. 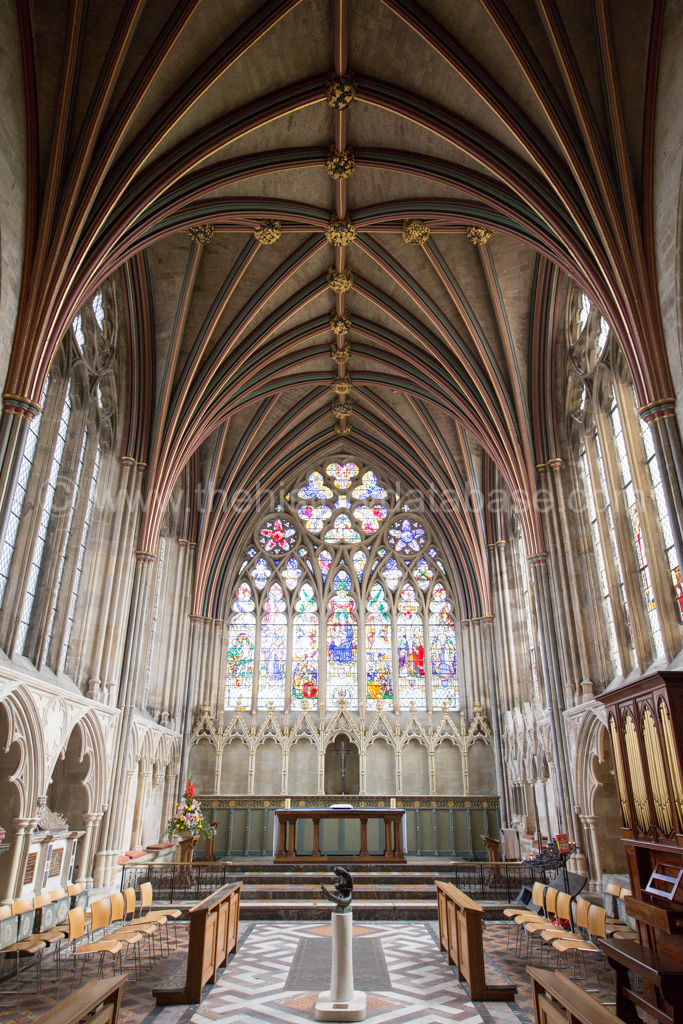 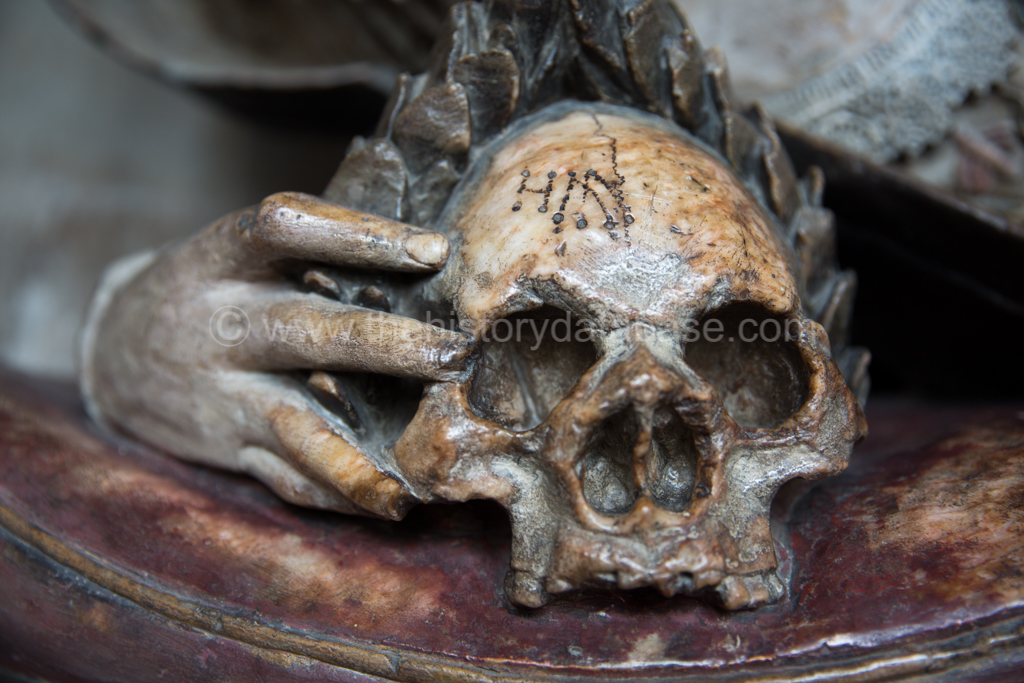 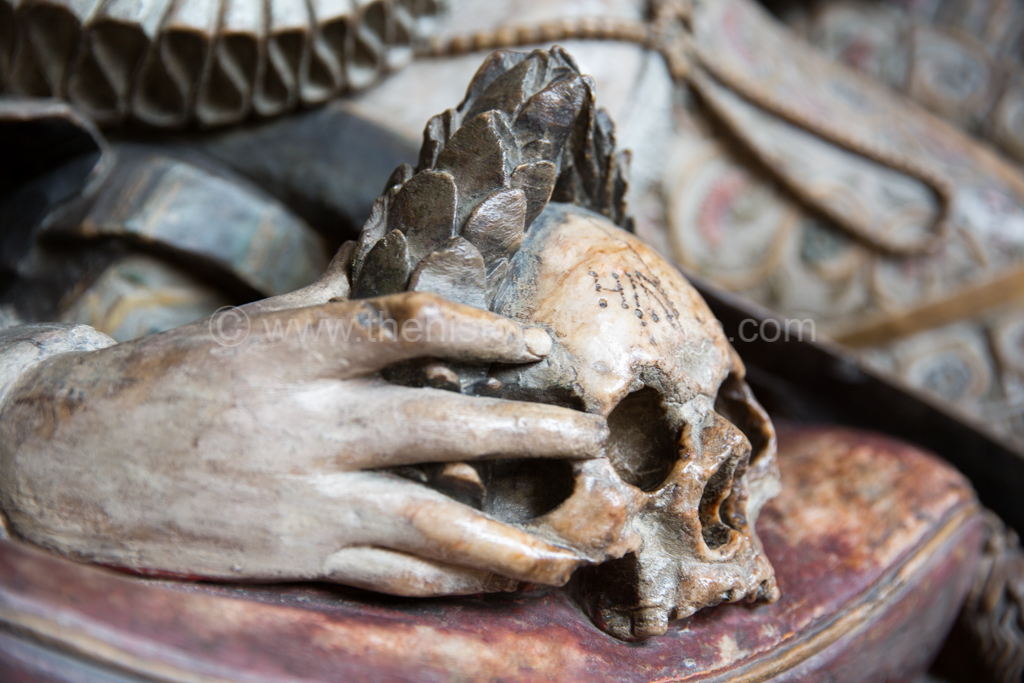 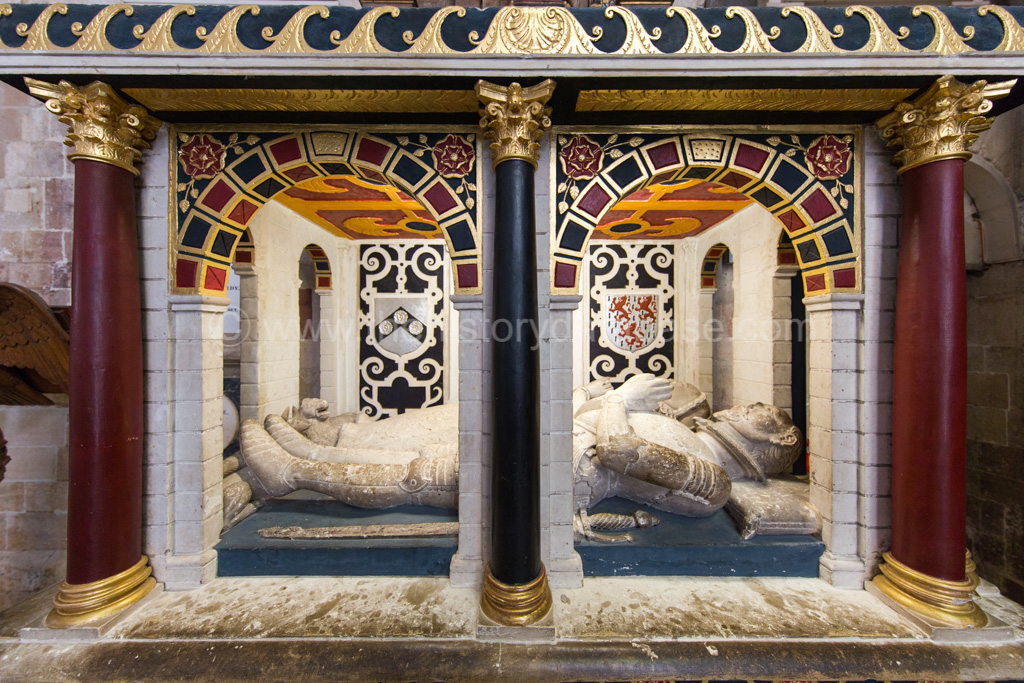 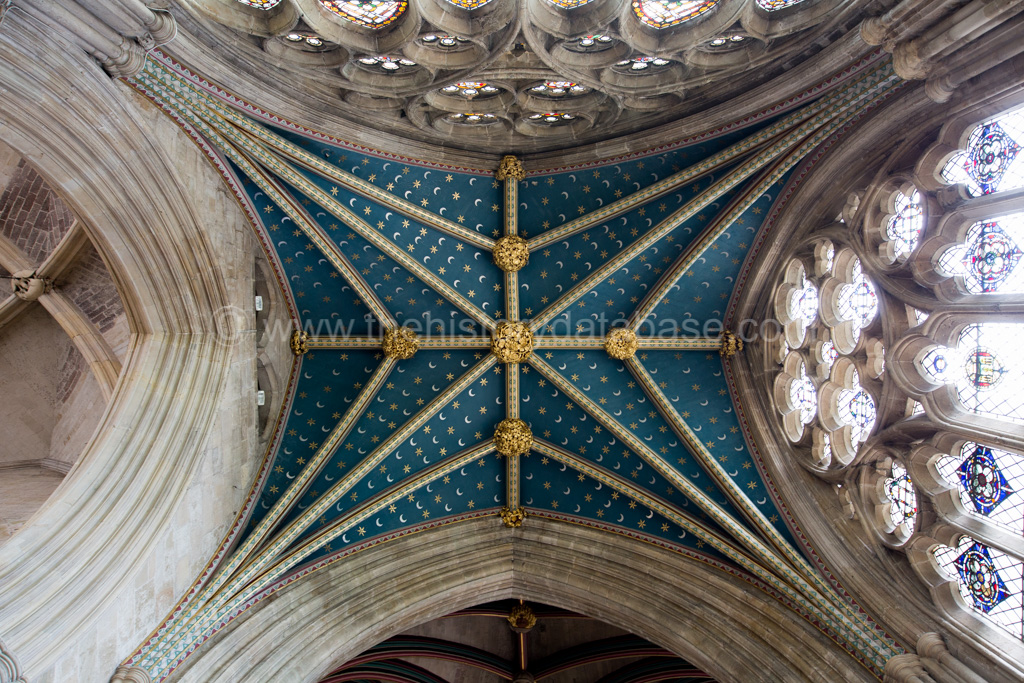 On 21 Jul 1644 Henrietta Fitzjames Duchess Orléans was baptised at Exeter Cathedral during the Baptism of Henrietta Maria.

On 02 May 1377 Hugh Courtenay 10th Earl Devon was buried at Courtenay Chantry Chapel.

After 02 Feb 1405 Peter Courtenay was buried at Courtenay Chantry Chapel. 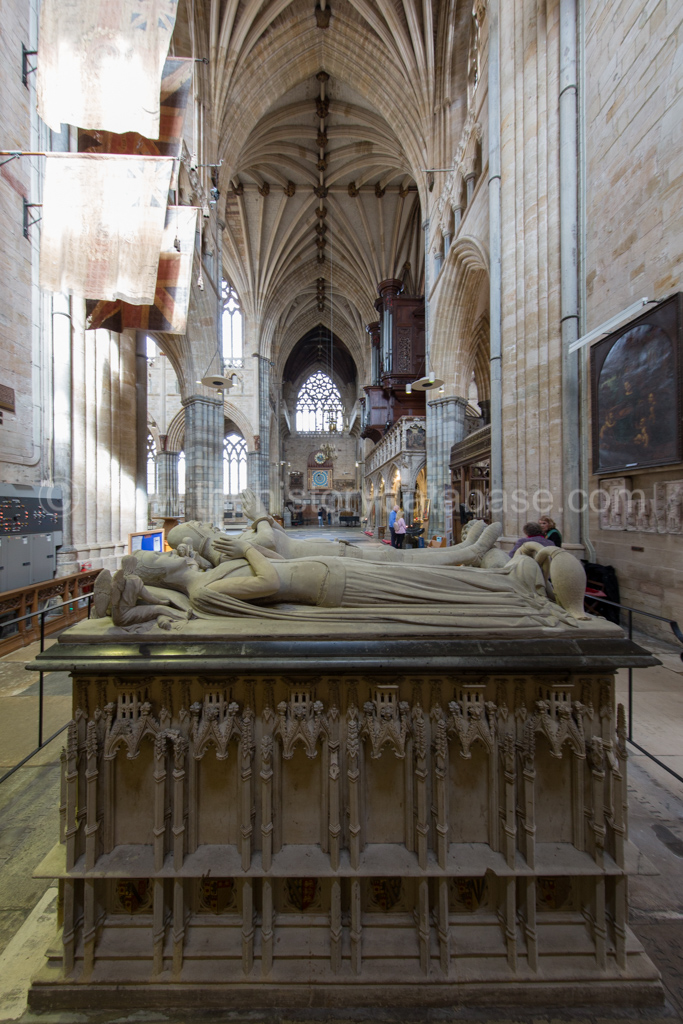 On 09 Jul 1644 Thomas Monck killed through some mistake over the password at South Street.

After 09 Jul 1644 Thomas Monck was buried at Great Torrington.

Around 1610 Nicholas Monck Bishop Hereford was born to Thomas Monck and Elizabeth Smith at Potheridge.

On 14 Aug 1411 Joan Courtenay was born to Hugh Courtenay at Haccombe.

In 1501 Joan Courtenay died at Haccombe.

Around 1382 Muriel Dinham Baroness Hastings was born to John Dinham and Eleanor Montagu at Hartland.

Around 1508 Richard Mohun was born to John Mohun at Hawkchurch.

In 1381 John Mohun was born to Thomas Mohun at Ivybridge.

In 1400 John Mohun died at Ivybridge.

After 22 Sep 1387 Eleanor Montagu was buried at Kingswear.

Around 1215 William Zouche was born to Roger Zouche and Margaret Bisset at Kings Nymton.

In 1255 Joyce Zouche was born to William Zouche and Maud Trailly at Kings Nymton.

Around 1434 Humphrey Poyntz was born to Nicholas Poyntz and Elizabeth Mill at Langley.

Around 1317 William Aumale was born in Modbury.

In 1525 Anthony Denny and Joan Champernowne were married at Modbury.

Around 09 Oct 1342 Leonard Carew was born to John Carew and Margaret Mohun in Mohun Ottery.

In 1346 John Carew was born to John Carew and Margaret Mohun in Mohun Ottery.

Around 1425 Thomas Carew was born to Nicholas Carew and Joan Courtenay at Mohun Ottery.

Around 1455 Alice Carew was born to Nicholas Carew at Mohun Ottery.

Before 1514 Peter Carew was born to William Carew and Joan Courtenay in Mohun Ottery.

Elizabeth Carew was born to John Carew and Margaret Mohun in Mohun Ottery.

Nicholas Carew was born to John Carew and Margaret Mohun in Mohun Ottery.

In 1409 Nicholas Carew was born at Molesford to Thomas "Baron Hydon" Carew and John Bonville.

Around 1213 Alice Zouche was born to Roger Zouche and Margaret Bisset at North Molton.

After 09 Feb 1643 Sidney Godolphin was buried at All Saints Church.

Around 1164 Egelina Courtenay was born to Renaud Courtenay Baron Okehampton and Hawise Courcy at Okehampton Castle.

In 1478 William Pole was born to John Pole at Otterton.

In 1509 George Courtenay was born to William "Great" Courtenay and Margaret Edgecumbe at Powderham.

On 31 May 1762 William Courtenay 6th Earl Devon was buried at Powderham.

On 27 May 1898 Henry Reginald Courtenay died in Powderham.

In 1480 Joan Courtenay was born to William Courtenay and Cecily Cheney in Powderham Castle.

On 02 Oct 1501 Catherine of Aragon landed at Plymouth.

In 1710 Anne Stucley was born in Plymouth.

In 1325 John Mohun was born to Reginald Mohun and Elizabeth Fitzwilliam at Ottery St Mary.

In 1352 Thomas Mohun was born to John Mohun at Ottery St Mary.

After 20 Mar 1499 William Huddersfield was buried at St George's Church.

Around 1332 William Bonville was born in Shute.

In 1296 Eudes Zouche died at Spencercombe.

In 1192 Richard Tosny was born to Roger Tosny IV Lord Flamstead and Constance Beaumont-Sarthe at Sampford.

On 04 Oct 1497 Henry VII King England and Ireland received the surrender of the Cornish Army at Taunton.

After 04 Oct 1497 Perkin Warbreck was imprisoned at Taunton.

In 1542 John Glanville was born at Tavistock.

Around 1017 Eadwig "Aetheling" Wessex was buried at Tavistock Abbey.

Church of the Holy Trinity

In 1600 Hugh Fortescue was reburied at Church of the Holy Trinity.