On 25 Jun 1603 the Ben Johnson 1572-1637 Masque the The Entertainment at Althorp was performed at Althorp House, Daventry, Northamptonshire to welcome the new Royal Family on their journey from Edinburgh to London following the death of Queen Elizabeth. The performance was attended by Anne of Denmark Queen Consort Scotland, England and Ireland 1574-1619 (28) and her son Henry Frederick Stewart Prince Wales 1594-1612 (9).

Coronation of James I 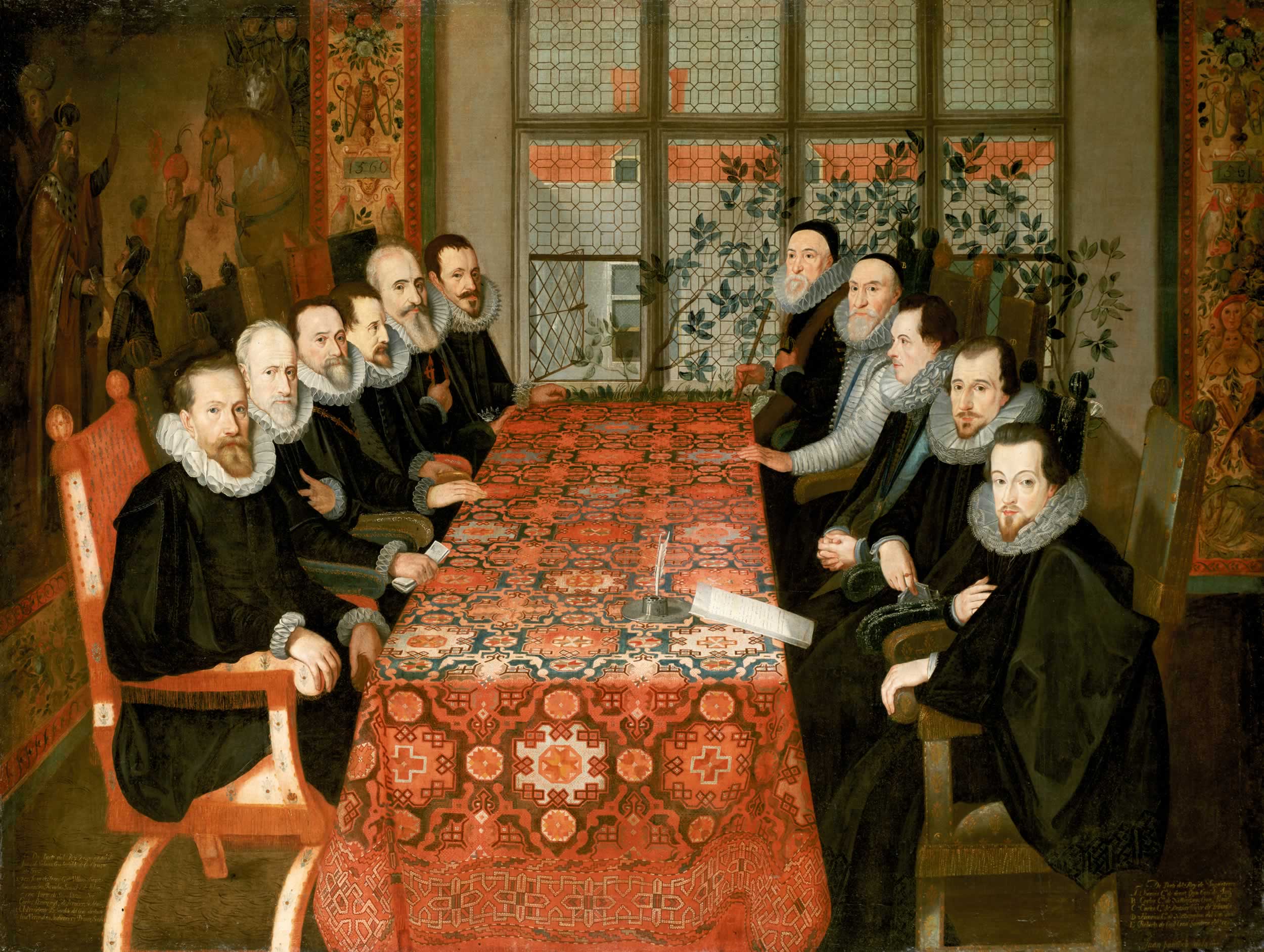 On 18 Aug 1604 the Treaty of London was signed concluding the nineteen-year Anglo-Spanish War. The treaty restored the 'Status quo' between the two nations. The negotiations probably took place at Somerset House in Westminster and are sometimes known as the Somerset House Conference.

On 05 May 1605 Princess Mary Stewart 1605-1607 was christened at the Palace of Placentia. Elizabeth Vere Countess Derby 1575-1627 (29) carried the child. The infant's clothing, a train of purple velvet, embroidered with gold and furred with ermines, was supported by two countesses, being so long that it fell to the ground. Richard Bancroft Archibishop Canterbury 1544-1610 (60) performed the christening. The Queen's (30) brother Prince Ulrik Oldenburg 1578-1624#, the James VI King Scotland, I King England, Scotland and Ireland 1566-1625{King's} first cousin Arbella Stewart 1575-1615 and Dorothy Devereux Countess Northumberland 1564-1619 (41) were godparents. The King (38) presented Queen Anne (30) (who was not present) with new jewelry.

Around Oct 1605 Edward Stourton 10th Baron Stourton 1555-1633 was imprisoned in the Tower of London, Tower Hill, City of London for having received a letter from his cousin and brother-in-law Francis Tresham -1605 telling him not to attend Parliament. Nothing was proved against Edward and it emerged that several other Catholic peers had received similar warnings. He was released without charge.

Masque of The Hue and Cry After Cupid