After 1822. Monument to Percy Bysshe Shelley in Christchurch Priory. Sculpted by Henry Weekes.
The monument verse forty of fifty-five of Shelley's Adonais: An Elegy on the Death of John Keats, Author of Endymion, Hyperion, etc:
He has out-soared the shadow of our night;
Envy and calumny, and hate and pain,
And that unrest which men miscall delight,
Can touch him not and torture not again;
From the contagion of the world's slow stain
He is secure, and now can never mourn
A heart grown cold, a head grown gray in vain;
Nor when the spirit's self has ceased to burn,
With sparkless ashes load an unlamented urn. 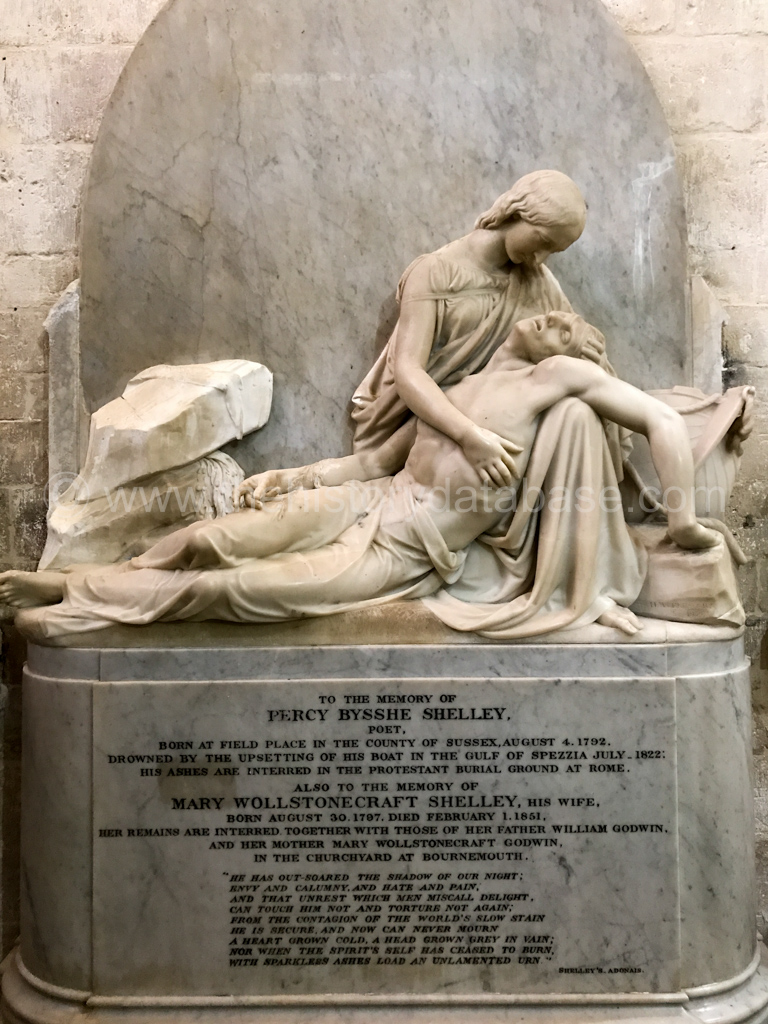 After 1837 William Behnes was tutor to Henry Weekes and Thomas Woolner.

Before 1841 Henry WeekesWorked for William Behnes and Francis Leggatt Chantrey.

In 1841 Henry WeekesTook over the studio of Francis Leggatt Chantrey.