Around 1400 Owen Tudor was born to Maredudd Tudor.

Around 1430 Owen Tudor and Catherine of Valois Queen Consort England were married.

On 11 Jun 1430 Edmund Tudor 1st Earl Richmond was born to Owen Tudor and Catherine of Valois Queen Consort England at Much Hadham Palace (which belonged to the Bishops of London). There is speculation that the biological father was Edmund Beaufort 2nd Duke Somerset with whom Catherine of Valois Queen Consort England was rumoured to have had an affair. Interesting, perhaps, that he was named Edmund rather than Owen. Interesting that he took the Royal Arms of England differenced. Also interesting that his younger brother was named Jasper; a Persian name meaning 'Keeper of the Treasure. '.

Around 1459 David Owen was born to Owen Tudor at Pembroke Castle.

After 1461. Memorial to Owen Tudor in the Market Place. 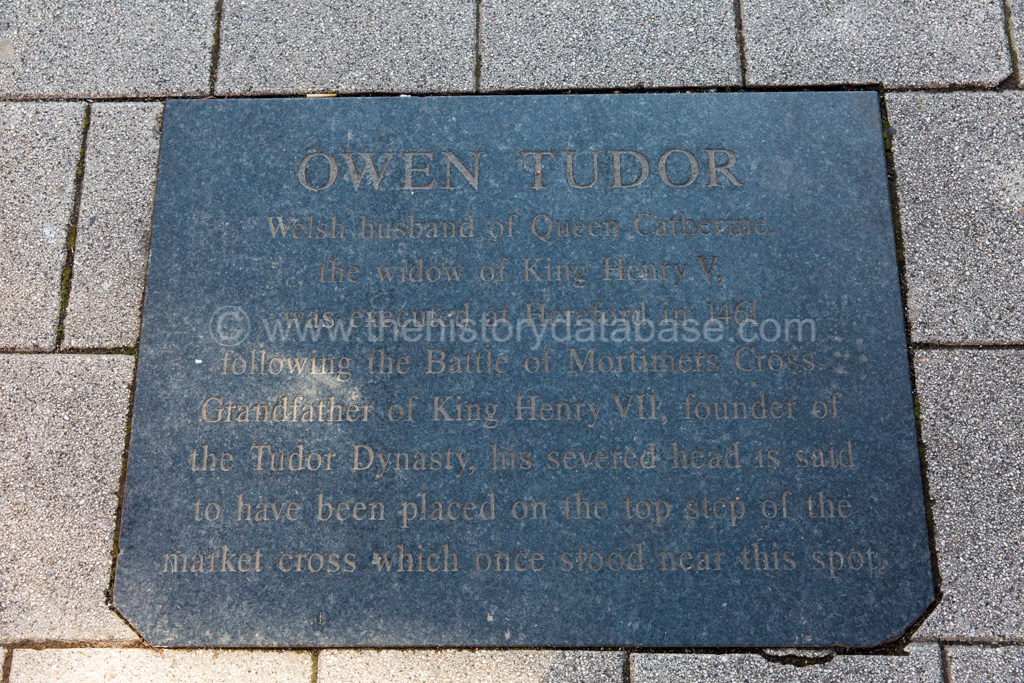