Fulham is in Middlesex.

Anglo-Saxon Chronicle 850-899. 879. This year went the army from Chippenham to Cirencester, and sat there a year. The same year assembled a band of pirates, and sat at Fulham by the Thames. The same year also the sun was eclipsed one hour of the day.

Anglo-Saxon Chronicle 850-899. 880. This year went the army from Cirencester into East-Anglia, where they settled, and divided the land. The same year went the army over sea, that before sat at Fulham, to Ghent in Frankland, and sat there a year.

On 28 Jun 1485 the will of Richard Scrope 1442-1485 (43) was proved before Thomas Kempe Bishop of London 1390-1489 (95) at Fulham. His will contained many bequests to various religious orders, and the usual array of plate, money, and jewels, including 'my rynge wt the schelde to my lady, my moder' ( Elizabeth Scrope Baroness Scrope Bolton -1498 ). Also books written in French 'Franse bokes' were left to his brother Elizabeth Scrope Baroness Scrope Bolton -1498, and to Margaret Scrope Duchess Suffolk -1515.

John Evelyn's Diary 11 October 1681. 11 Oct 1681. To Fulham, to visit the Bishop of London (49), in whose garden I first saw the Sedum arborescens in flower, which was exceedingly beautiful. 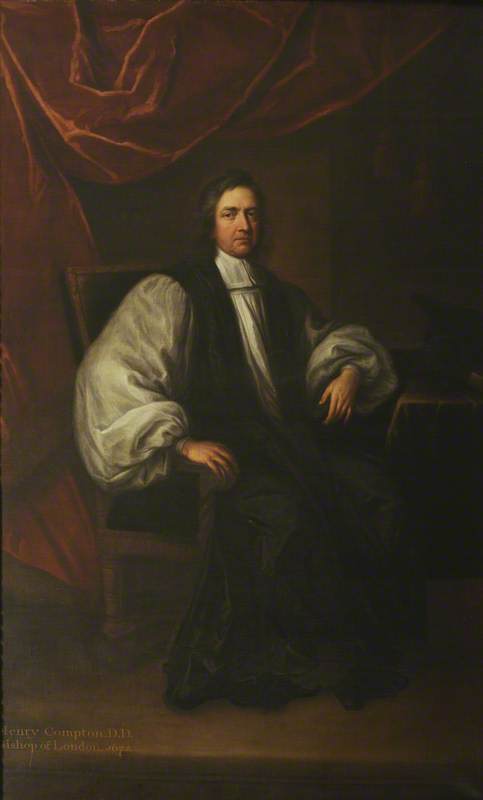 John Evelyn's Diary 01 August 1682. 01 Aug 1682. To the Bishop of London (50) at Fulham, to review the additions which Mr. Marshall (62) had made to his curious book of flowers in miniature, and collection of insects. 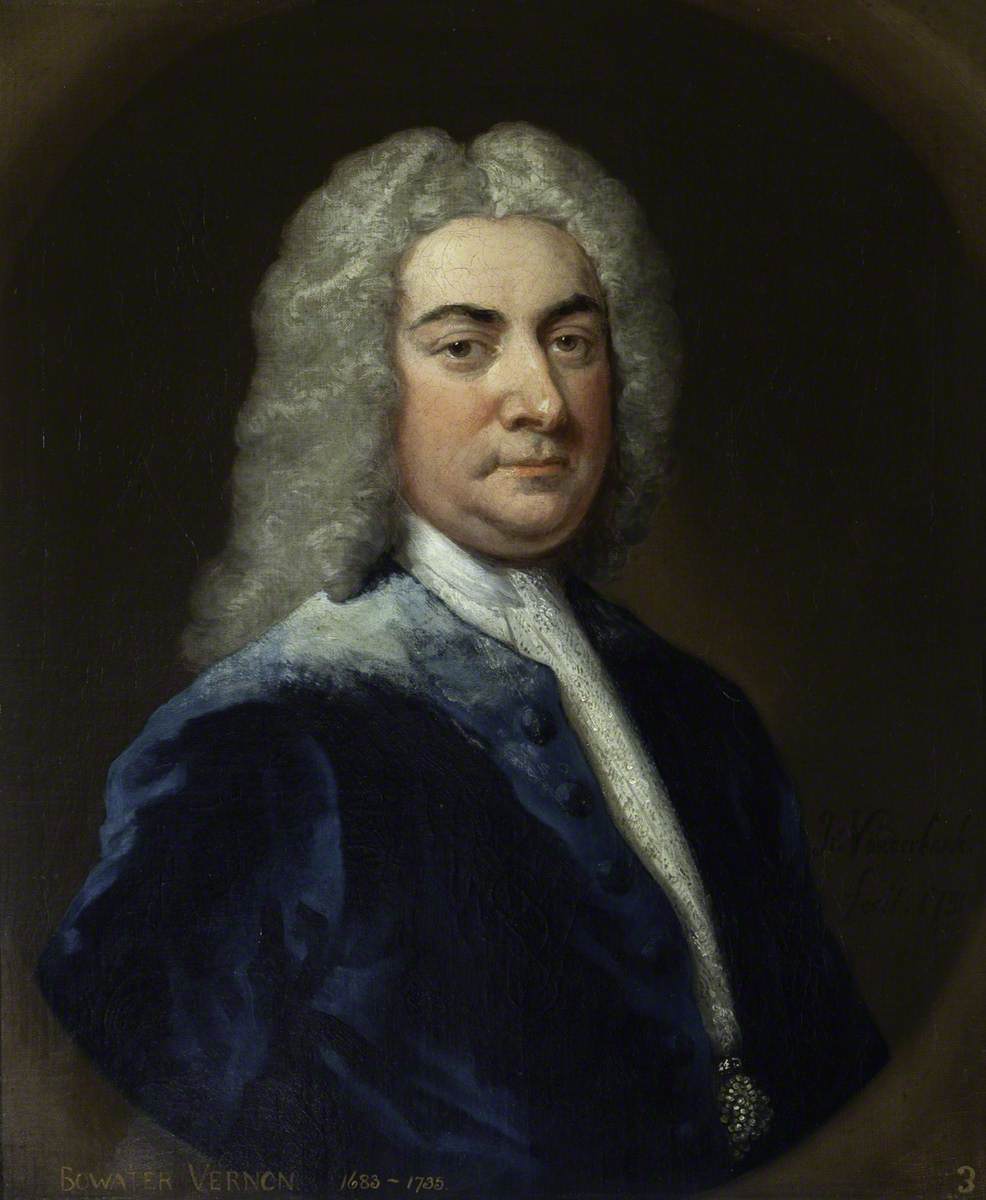 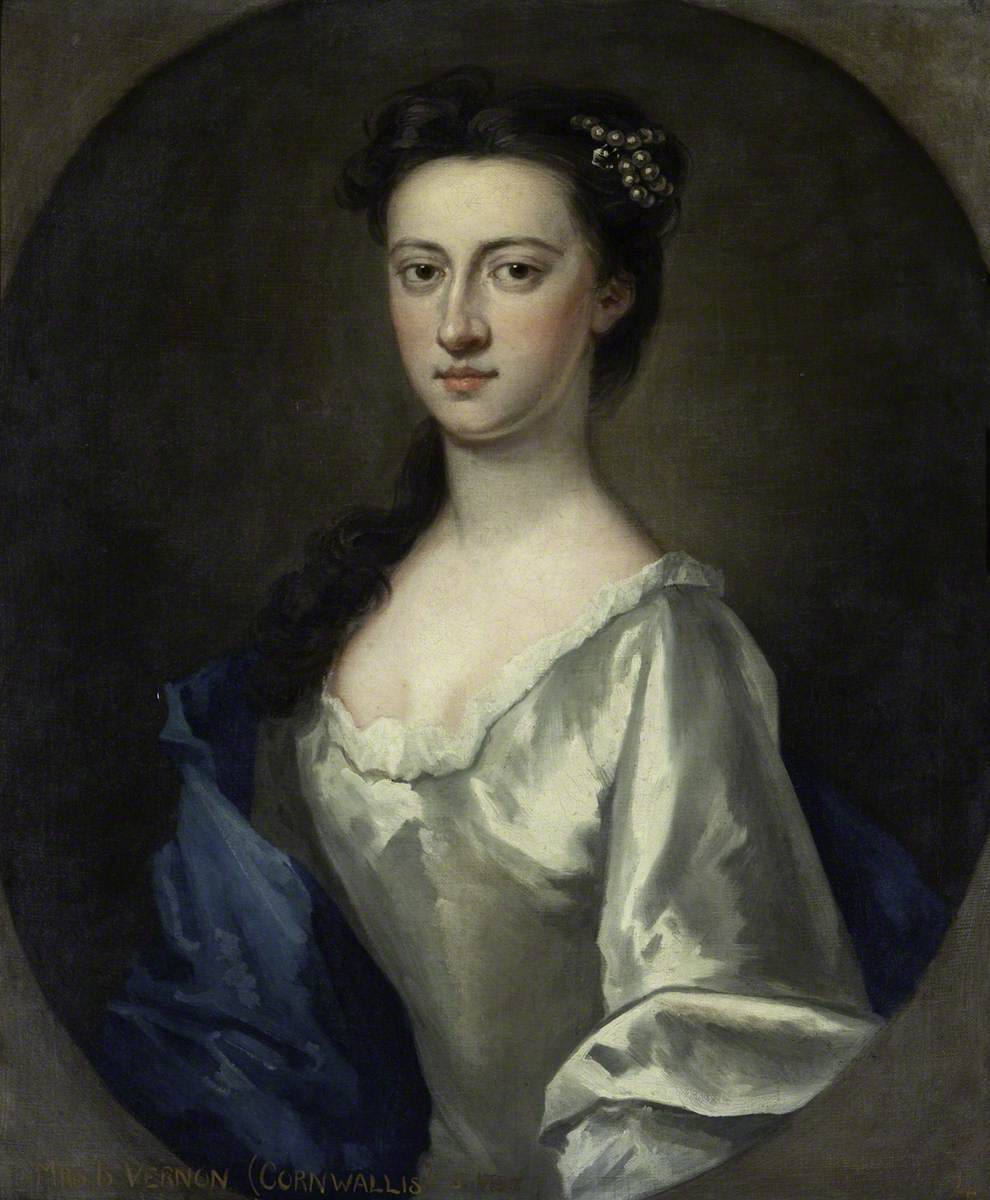 In Jan 1735 a great storm occurred in London and elsewhere causing significant damage.

Yesterday Morning the Wind being at W. and W.S.W. it blew hard; and in the Afternoon we had one of the strongest Storms that has been known for many Years, in which several Lighters and Boats in the River were sunk, and others dashed to Pieces; but all the Ships in the River rode out with Safety. On Shore, great Damage was done in the Houses, by ripping off the Tiles, blowing down Stacks of Chimneys, &c. and many People were killed and wounded; particularly, Five Houses were blown down in St. Giles's Parish, and another in Hartshorn Lane in the Strand, by which two Persons lost their Lives. A Stack of Chimneys fell upon a Footman near Gray's-Inn, and killed him. A House in the Broad-Way, Westminster, was blown down, and a Man and Boy killed. And Mr. Lancashire, a Carpenter in Two-Swan-Yard near Bishopsgate, was blown from the Top of a Twelve-Foot Ladder, by which he fractured his Skull, and died on the Spot.

It likewise blew up by the Roots several large Trees in St. James's Park, and did incredible Damage to a great many Houses, in all Parts of the Cities of London and Westminster.

From Tunbridge-Wells we have an Account that the Land-Floods came down upon them so suddenly, that all the Bridges upon the Brook which runs by the Walks, were carried away by the Torrent, and great Damages done besides, so that the like has not been known before in any one's Memory.

They write from [illegible] Abbey in Yorkshire that [several words illegible] happened such a Storm as had not been known in the Memory of Man; tho' it lasted no longer than three quarters of an Hour, yet four Houses were blown down, and several others damaged, and a great Number of large Trees were either broken or blown up by the Roots.

Moulsey in Surrey, Jan. 9. The River Thames is now rising here, and yet it is already so high, we are forced to live above Stairs; and when the Land Waters come down from the Hills in the West-Country, God knows the Consequence: The Thames rose between 5 and 12 this Morning, very near a Foot in Height.

On the 8th Instant there were near 100 Elm Trees (and other Sorts) blown up by the Roots in this Parish during the violent Storm, all fine tall Sticks, and of a load of Timber in a Stick one with another; which will afford the Navy a fine Opportunity of furnishing the Stores in his Majesty's Dockyard this Year.

Extract of a Letter from Dover, dated Jan. 10. Our Accounts from Deal yesterday bring that 40 Sail were missing, that there is scarce a Ship but has met with Damage, and most people think the Gale of Wind little inferior to the November Storm, and lasted longer.

From several LONDON PRINTS Jan. 11. We have received further Accounts of the Misfortunes occasioned by the terrible Storm on Wednesday last: It was observed to be at the highest at 12 o'Clock, about which Time a Stack of Chimnies fell upon a Coachman near Golden-Square, and fractured his Skull: At Barnet, and the Villages adjacent, they perceived three loud Claps of Thunder, accompanied by Lightning; several Barns were blown down in that Neighbourhood; and in several of the Roads near London, the Trees lie in the Highway in such manner, that it is difficult to pass: The Seat was blow from the Mount in Kensington Gardens. At all Parts of the Town are seen Houses untiled, stript of their Lead, and the Chimnies demolish'd.

The Kitchen Chimney of the Lord Bruce was blown down, which broke thro' the Stables of his Royal Highness the Duke of Cumberland, and did very considerable Damage, some of the Servants narrowly escaping with their Lives.

36 Trees were broke down, and tore up by the Roots, in St. James's Park, particularly the large Tree entering the Mall, from St. James's Palace, under which stood a Centry-Box, which was blown down at the same Time, with the Soldier in it, who narrowly escaped with his Life.

About 300 Weight of Lead was blown off the House of Arundel, Esq; in Burlington Gardens, Surveyor of his Majesty's Roads.

About 500 Wt. of Lead was ript off the Parish Church of St. Laurence Jewry, by Guild-Hall.

At the Marquis de Montandre's House in Brook-street, a large Stack of Chimnies was blown down, which demolished an Office in the back Part of the House, dashing in Pieces a Table at which 9 Servants were to dine a quarter of an Hour after.

At Riskins, the seat of the Lord Bathurst (50) in Buckinghamshire, above 40 large Trees in his Lordship's Grounds were blown down.

At Fulham 2 or 3 Houses were blown down, and a Barn belonging to Mr. Gray, a Farmer.

A great many Wallnut-trees in the Park of Tryon, Esq; at Mickleham, were destroyed. We hear he has made above 300£. per Annum of the Wallnuts which the said Trees produced.

The same Day, as a Servant of Messieurs Frame and Berkley was going along the North Side of St. Paul's, he was thrown down by the Violence of the Winds, at which time his Letter-Case fell from his Side, and the Wind blew his Notes about; all which he found again, except one of £300. one of £139. 16s one of £40. and one of £25. for which Notes a Reward is offered.

Elizabeth married Sir Francis Compton and died childless early in 1662; it being recorded in the private act of Parliament passed in 1675-6 to enable him [Sir Francis Compton] to sell Hamerton, of which he had bought a half share from Sir Thomas Leventhorpe and his wife Mary, for £10,000 in November, 1661, that his own wife had died shortly after that date. As he was made Knight on 27th December, 1661, it seems doubtful if his wife was ever Lady Compton. Sir Francis, who was wounded at Sedgemore, died in 1717, and was buried at the head of the tomb of his brother, the Bishop of London, under the east window of the old Parish Church of Fulham"

Diary of Henry Machyn August 1557. 19 Aug 1557. The xviiij day of August was the hers for the kyng of Denmarke (55) fenysshed, with wax, the wyche was never sen shyche on [seen such a one] in England of that fassyon, of sqware tapurs, and xxj baners and baners rolles of all ther leneges and mareges in baner-rolles. The sam nyght was the durge, my lord tresorer cheyff morner; and after that my lord Darcy (60), ser Robart Uxinbryge (49), ser Edmond Peckam (62), ser [Robert] Freston (57), cofferer to the quen (41), and ser Recherd Sowthwell (54), ser Arthur Darcy (62), and mony nobull men and gentyllmen alle in blake; and my lord of London (57) begane the durge, with ys myter [on] alle the durge wylle; and after the durge alle the haroldes and the lordes whent to the bysshope of London('s) plasse and dronke; and iiij goodly whytt branchys, and vj dosen torchys, and the qwer hangyd with blake and armes; and vj pilers covered with velvet, and a goodly hers-cloth of tensell, the crosse of cloth of selver; and the morow masse, and a goodly sermon, and after to my lord('s) of London to dener for the kyng of Denmarke('s) obseque and fenerall, and a mageste and valans fryng of gold, and x dosen pensels, and x dosen skochyns of armes. 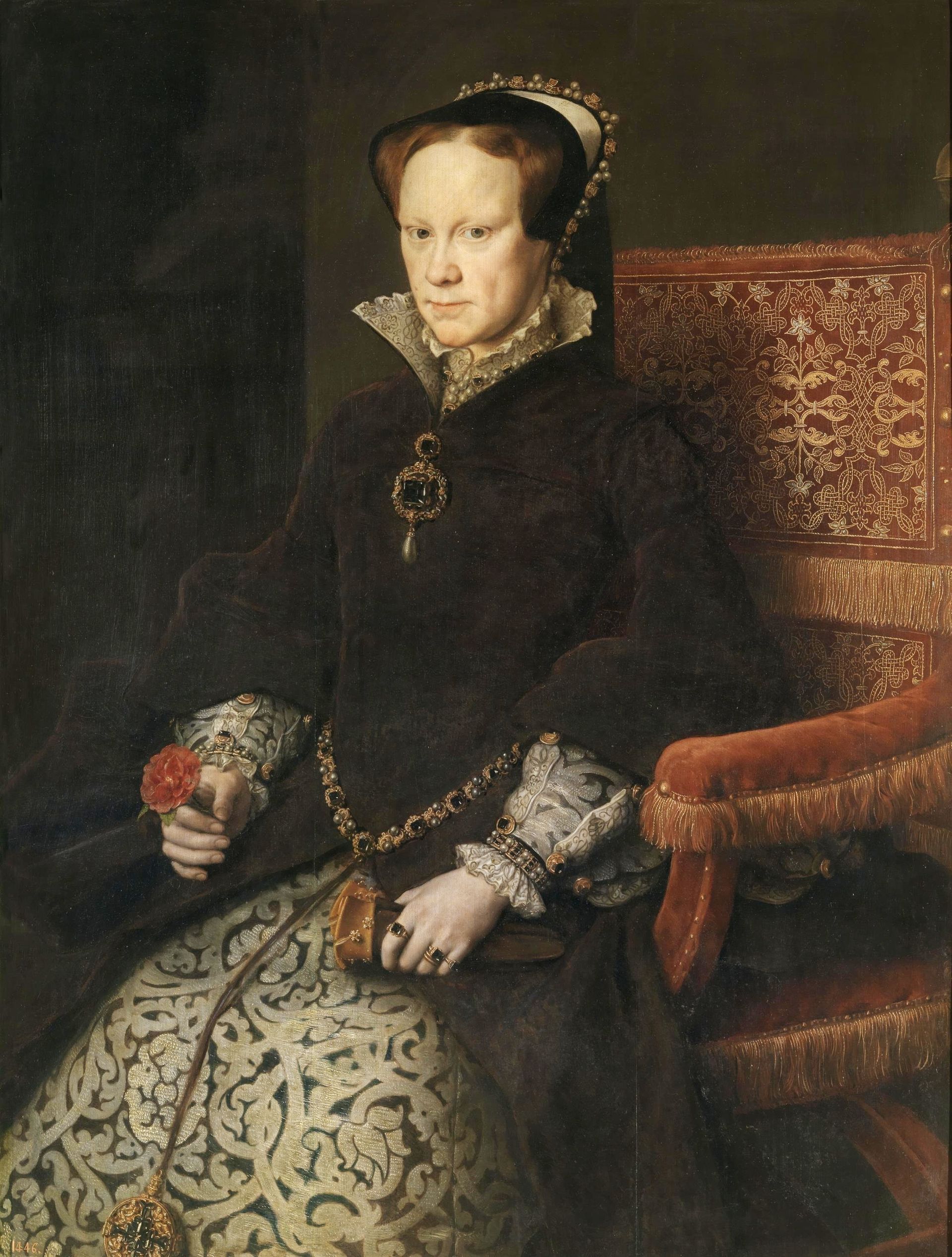 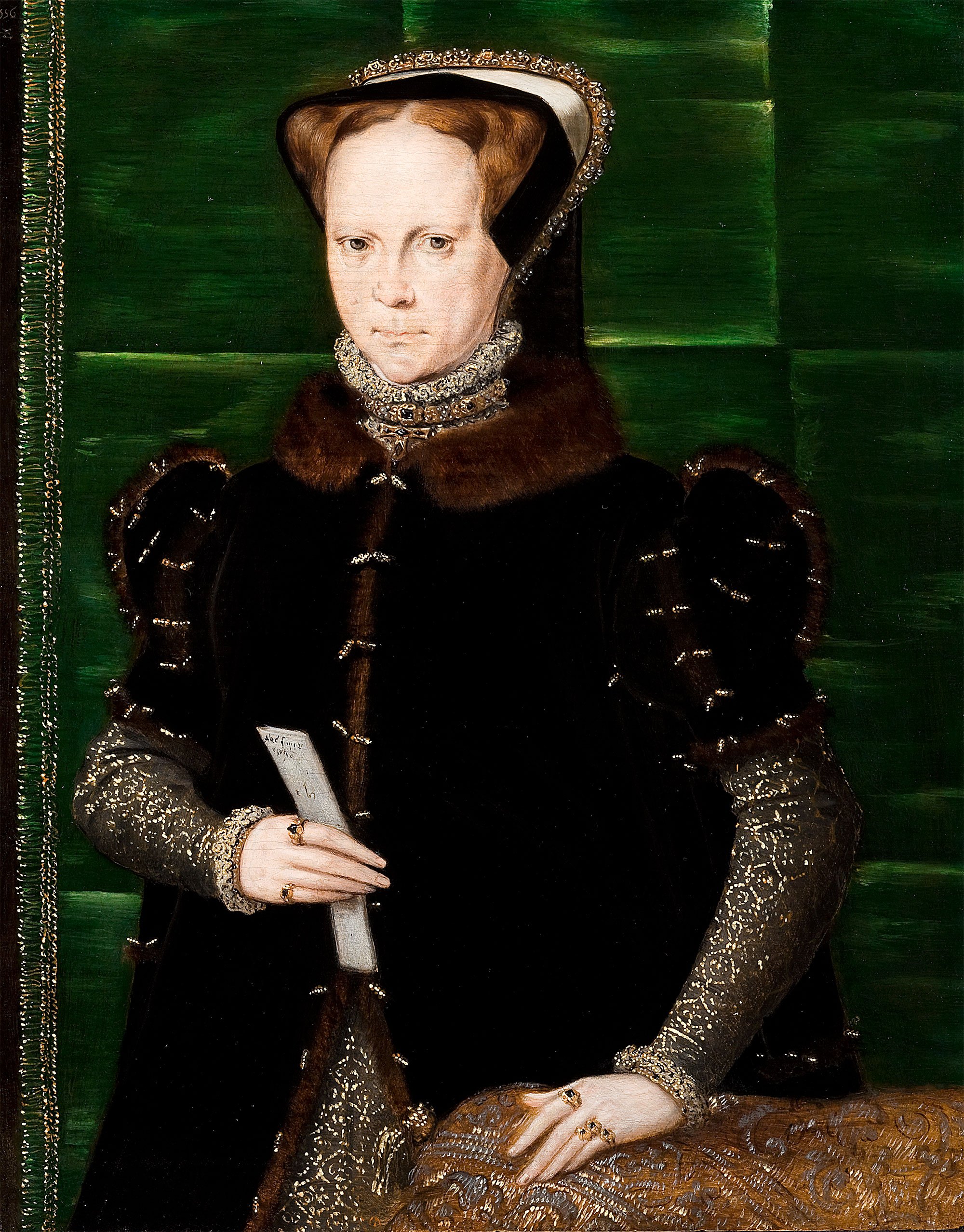 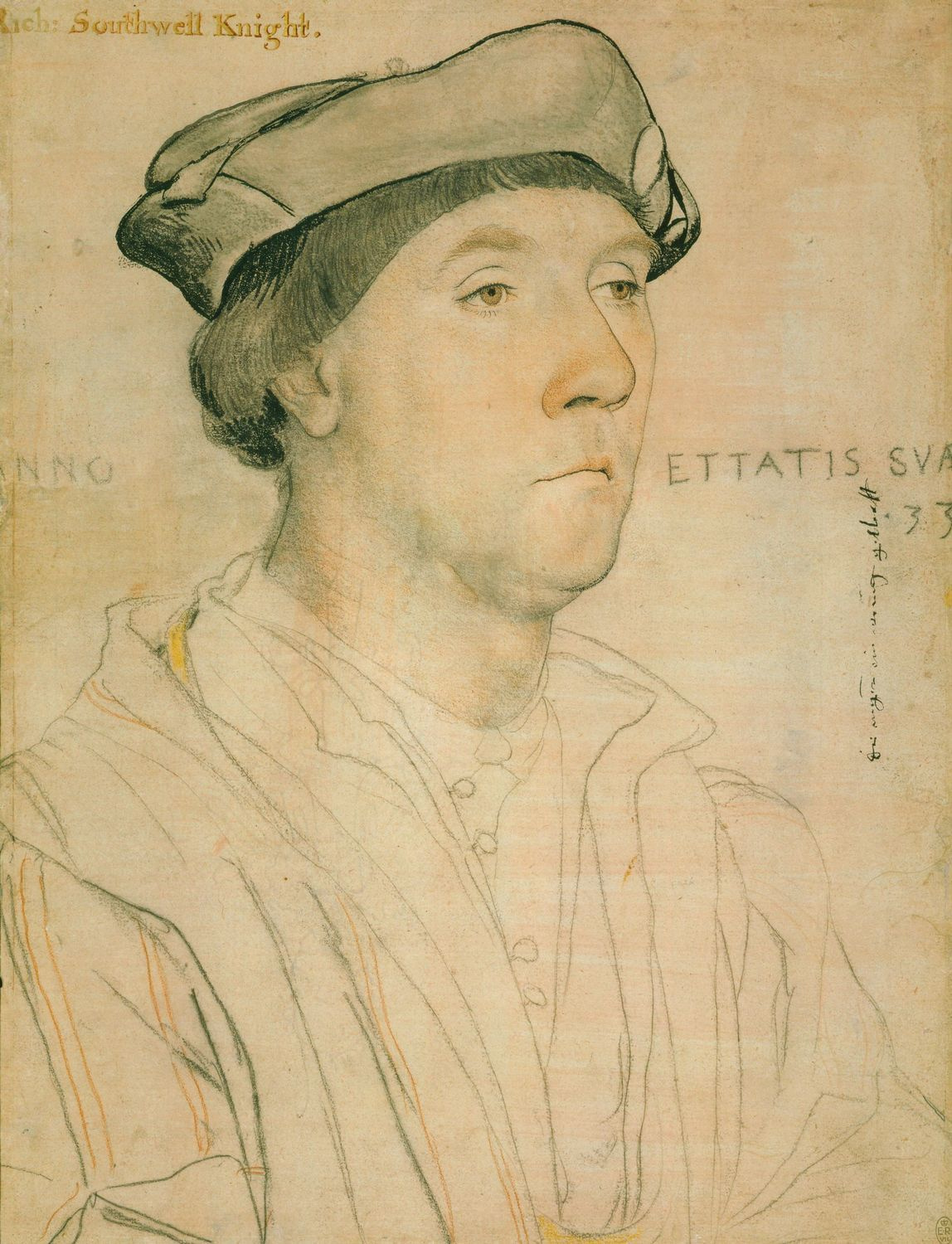 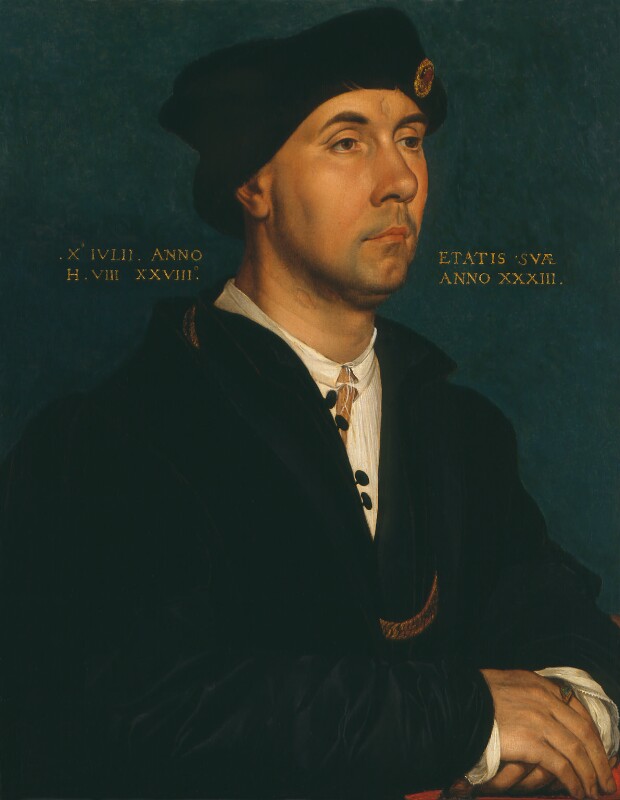 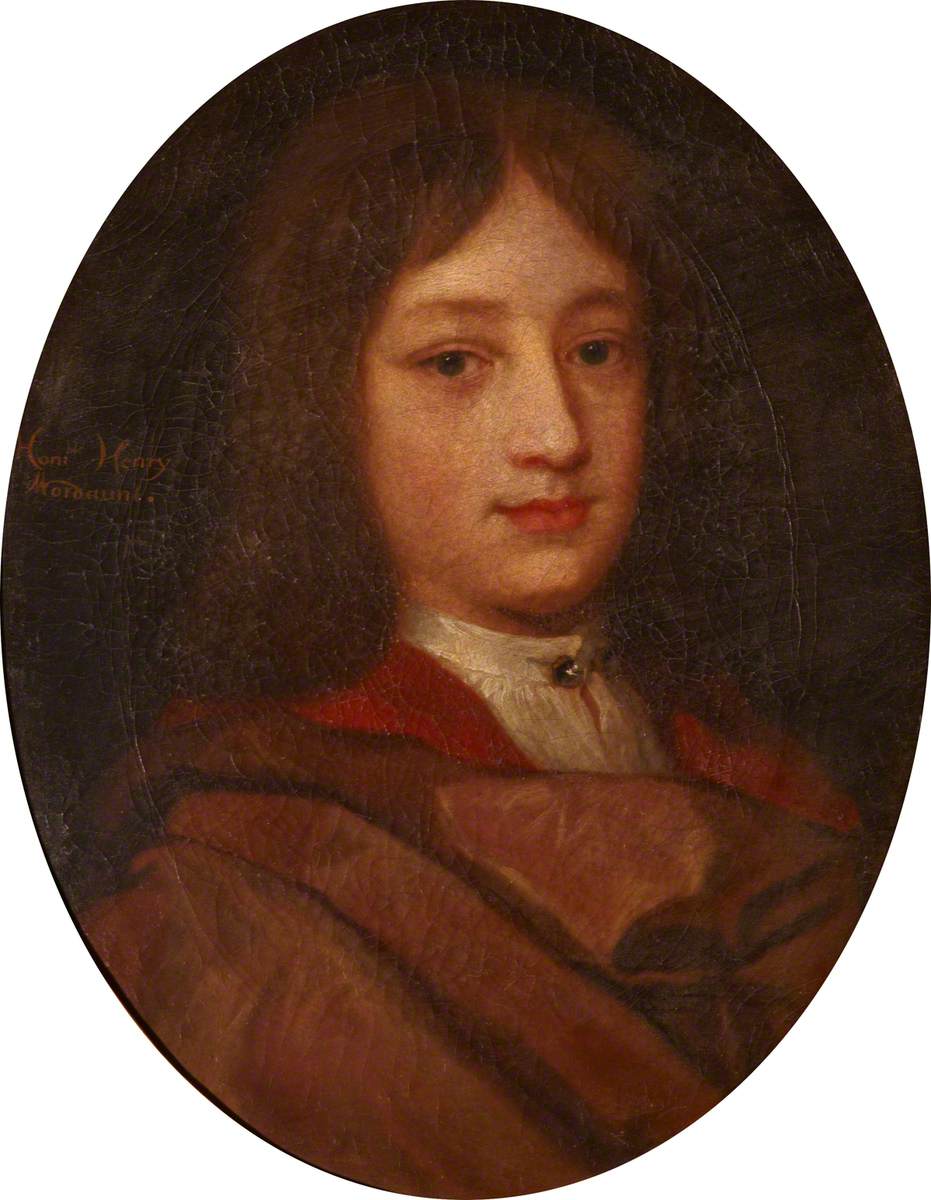