Putney is in Surrey. 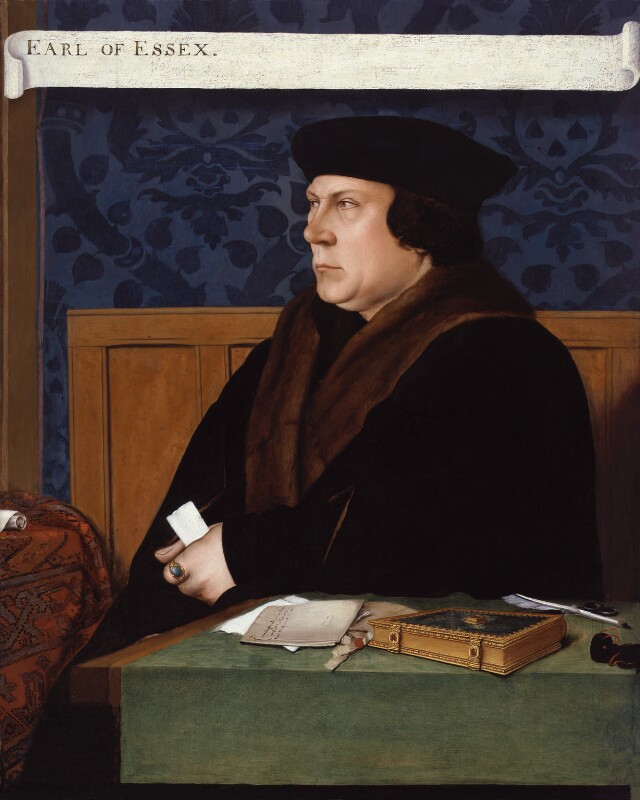 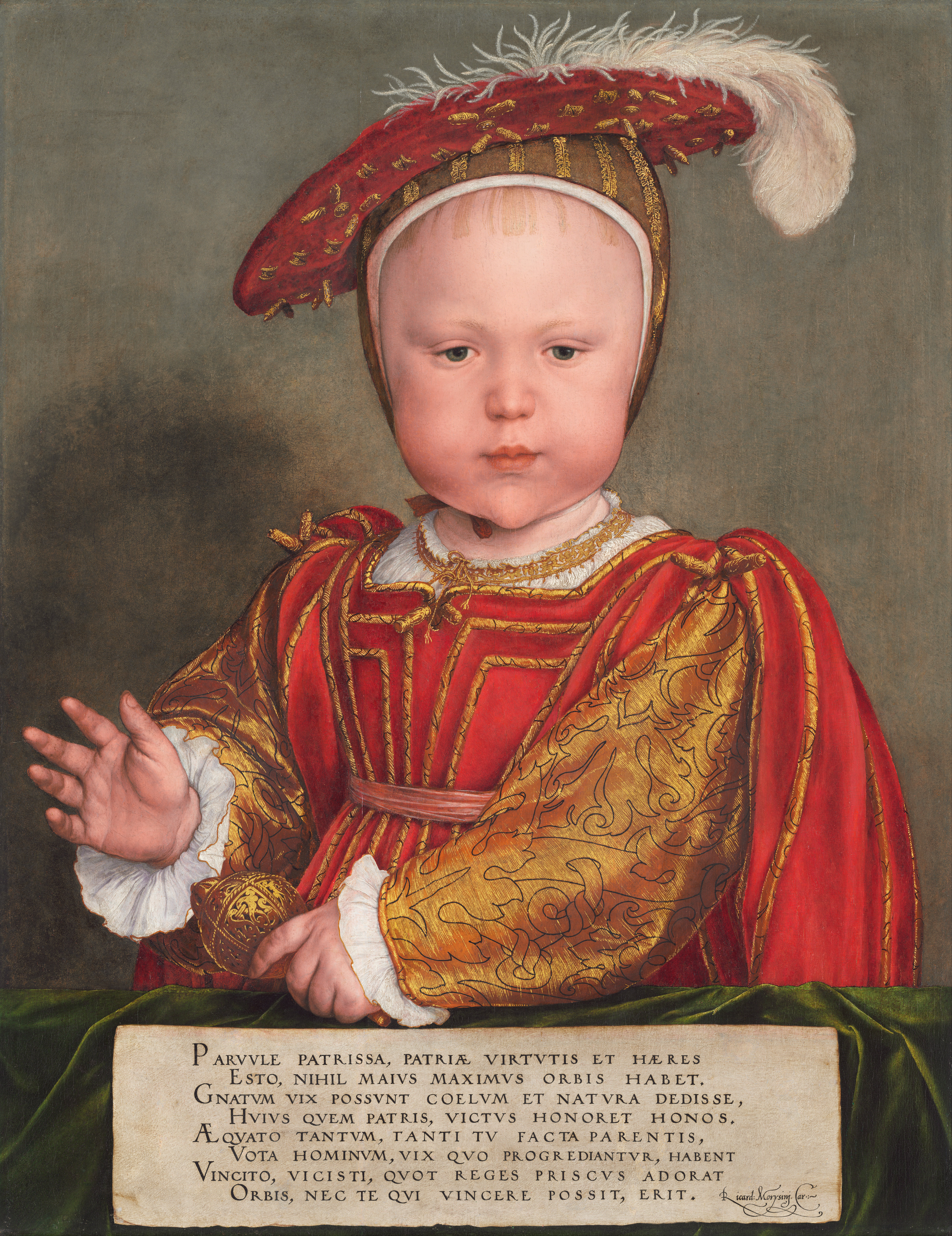 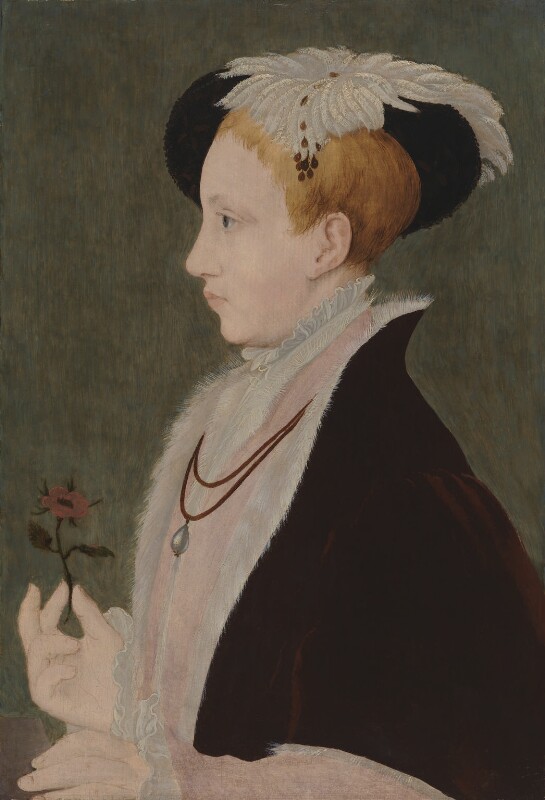 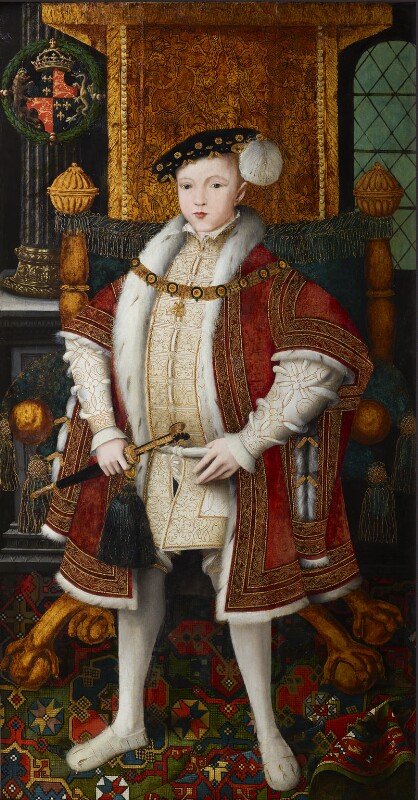 John Evelyn's Diary 20 June 1649. 20 Jun 1649. I went to Putney, and other places on the Thames, to take prospects in crayon, to carry into France, where I thought to have them engraved.

Diary of Samuel Pepys 28 April 1667. 28 Apr 1667. Lord's Day. Lay long, my pain in my back being still great, though not so great as it was. However, up and to church, where a lazy sermon, and then home and to dinner, my wife and I alone and Barker.

After dinner, by water—the day being mighty pleasant, and the tide serving finely, I up (reading in Boyle's book of colours), as high as Barne Elmes, and there took one turn alone, and then back to Putney Church, where I saw the girls of the schools, few of which pretty; and there I come into a pew, and met with little James Pierce, which I was much pleased at, the little rogue being very glad to see me: his master, Reader to the Church. Here was a good sermon and much company, but I sleepy, and a little out of order, for my hat falling down through a hole underneath the pulpit, which, however, after sermon, by a stick, and the helpe of the clerke, I got up again, and then walked out of the church with the boy, and then left him, promising him to get him a play another time.

And so by water, the tide being with me again, down to Deptford, and there I walked down the Yard, Shish (62) and Cox with me, and discoursed about cleaning of the wet docke, and heard, which I had before, how, when the docke was made, a ship of near 500 tons was there found; a ship supposed of Queene Elizabeth's time, and well wrought, with a great deal of stoneshot in her, of eighteen inches diameter, which was shot then in use: and afterwards meeting with Captain Perriman and Mr. Castle (38) at Half-way Tree, they tell me of stoneshot of thirty-six inches diameter, which they shot out of mortarpieces.

Thence walked to Half-way Tree, and there stopt and talk with Mr. Castle (38) and Captain Perriman, and so to Redriffe and took boat again, and so home, and there to write down my Journall, and so to supper and to read, and so to bed, mightily pleased with my reading of Boyle's book of colours to-day, only troubled that some part of it, indeed the greatest part, I am not able to understand for want of study. My wife this night troubled at my leaving her alone so much and keeping her within doors, which indeed I do not well nor wisely in.

Diary of Samuel Pepys 11 May 1667. 11 May 1667. Up, and being called on by Mr. Commander, he and I out to the ground behind Sir W. Pen's (46), where I am resolved to take a lease of some of it for a stable and coach House, and so to keep a coach, unless some change come before I can do it, for I do see it is a greater charge to me now in Hackneys, and I am a little dishonoured by going in them. We spoke with him that hath the letting it, and I do believe when I can tell how much it will be fit for me to have we shall go near to agree.

So home, and there found my door open, which makes me very angry with Nell, and do think to put her away for it, though it do so go against me to part with a servant that it troubles me more than anything in the world.

So to the office, where all the morning.

At noon home to dinner, where Mr. Goodgroome and Creed, and I have great hopes that my wife will come to sing to my mind.

After dinner my wife and Creed and I being entered a Hackney coach to go to the other end of the town, we espied The. Turner (15) coming in her coach to see us, which we were surprised at, and so 'light and took her and another young lady home, and there sat and talked with The. (15), she being lately come out of the North after two or three years absence. She is come to put out her sister and brothers to school at Putney. After a little talk, I over Tower Hill with them to a lady's they go to visit, and so away with my wife, whose being dressed this day in fair hair did make me so mad, that I spoke not one word to her in our going, though I was ready to burst with anger.

So to White Hall to the Committee of Tangier, where they were discoursing about laws for the civil government of the place, but so dull and so little to the purpose that I fell to slumber, when the fear of being seen by Sir W. Coventry (39) did trouble me much afterwards, but I hope he did not. After that broke up.

Creed and I into the Park, and walked, a most pleasant evening, and so took coach, and took up my wife, and in my way home discovered my trouble to my wife for her white locks1, swearing by God, several times, which I pray God forgive me for, and bending my fist, that I would not endure it. She, poor wretch2, was surprized with it, and made me no answer all the way home; but there we parted, and I to the office late, and then home, and without supper to bed, vexed.

Note 1. Randle Holmes says the ladies wore "false locks set on wyres, to make them stand at a distance from the head", and accompanies the information with the figure of a lady "with a pair of locks and curls which were in great fashion in 1670" (Planche's "Cyclopaedia of Costume"; Vol. i., p. 248).

Note 2. A new light is thrown upon this favourite expression of Pepys's when speaking of his wife by the following quotation from a Midland wordbook: "Wretch, n., often used as an expression of endearment or sympathy. Old Woman to Young Master: 'An' 'ow is the missis to-day, door wretch?' Of a boy going to school a considerable distance off 'I met 'im with a bit o' bread in 'is bag, door wretch'" ("A Glossary of Words and Phrases used in S.E. Worcestershire", by Jesse Salisbury. Published by the English Dialect Society, 1894).

Diary of Samuel Pepys 02 June 1667. 02 Jun 1667. Lord's Day. Up betimes, and down to my chamber without trimming myself, or putting on clean linen, thinking only to keep to my chamber and do business to-day, but when I come there I find that without being shaved I am not fully awake, nor ready to settle to business, and so was fain to go up again and dress myself, which I did, and so down to my chamber, and fell roundly to business, and did to my satisfaction by dinner go far in the drawing up a state of my accounts of Tangier for the new Lords Commissioners.

So to dinner, and then to my business again all the afternoon close, when Creed come to visit me, but I did put him off, and to my business, till anon I did make an end, and wrote it fair with a letter to the Lords to accompany my accounts, which I think will be so much satisfaction and so soon done (their order for my doing it being dated but May 30) as they will not find from any hand else. Being weary and almost blind with writing and reading so much to-day, I took boat at the Old Swan, and there up the river all alone as high as Putney almost, and then back again, all the way reading, and finishing Mr. Boyle's (40) book of Colours, which is so chymical, that I can understand but little of it, but understand enough to see that he is a most excellent man. So back and home, and there to supper, and so to bed. 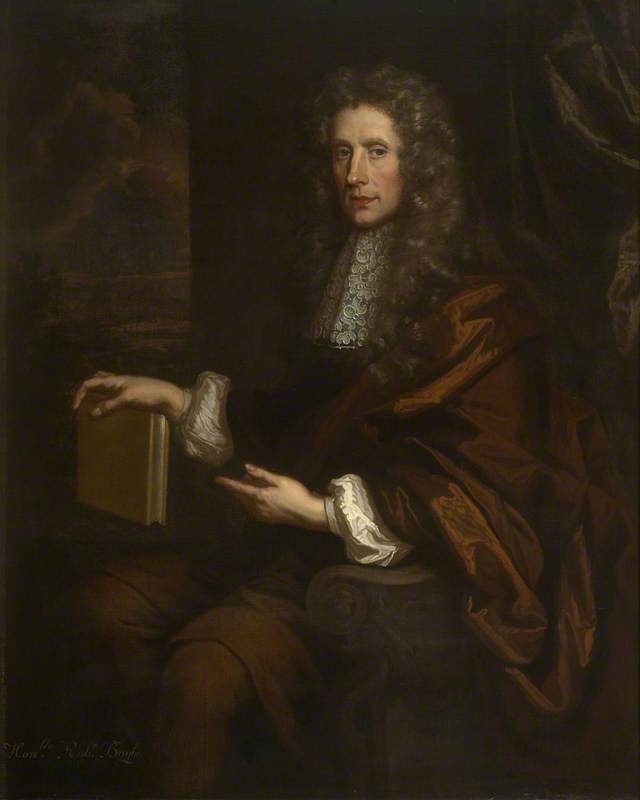 Diary of Samuel Pepys 25 August 1667. 25 Aug 1667. Lord's Day. Up, and to church, and thence home; and Pelling comes by invitation to dine with me, and much pleasant discourse with him.

After dinner, away by water to White Hall, where I landed Pelling, who is going to his wife, where she is in the country, at Parson's Greene: and myself to Westminster, and there at the Swan I did baiser Frank, and to the parish church, thinking to see Betty Michell; and did stay an hour in the crowd, thinking, by the end of a nose that I saw, that it had been her; but at last the head turned towards me, and it was her mother, which vexed me, and so I back to my boat, which had broke one of her oars in rowing, and had now fastened it again; and so I up to Putney, and there stepped into the church, to look upon the fine people there, whereof there is great store, and the young ladies; and so walked to Barne-Elmes, whither I sent Russel, reading of Boyle's Hydrostatickes, which are of infinite delight. I walked in the Elmes a good while, and then to my boat, and leisurely home, with great pleasure to myself; and there supped, and W. Hewer (25) with us, with whom a great deal of good talk touching the Office, and so to bed. 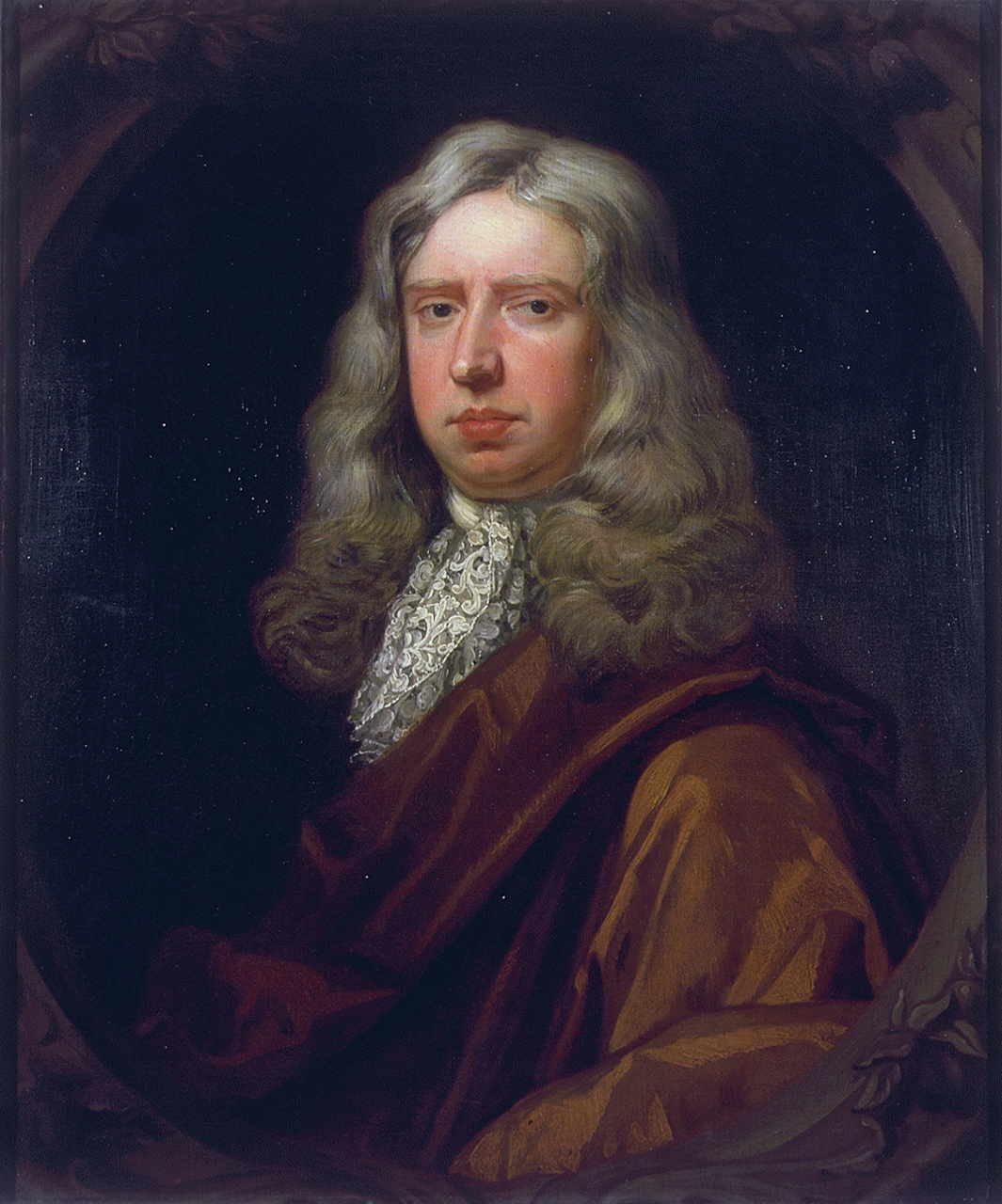 Diary of Samuel Pepys 11 May 1669. 11 May 1669. My wife again up by four o'clock, to go to gather May-dew; and so back home by seven, to bed, and by and by I up and to the office, where all the morning, and dined at noon at home with my people, and so all the afternoon.

In the evening my wife and I all alone, with the boy, by water, up as high as Putney almost, with the tide, and back again, neither staying going nor coming; but talking, and singing, and reading a foolish copy of verses upon my Lord Mayor's entertaining of all the bachelors, designed in praise to my Lord Mayor, and so home and to the office a little, and then home to bed, my eyes being bad. Some trouble at Court for fear of the Queen's (30) miscarrying; she being, as they all conclude, far gone with child. 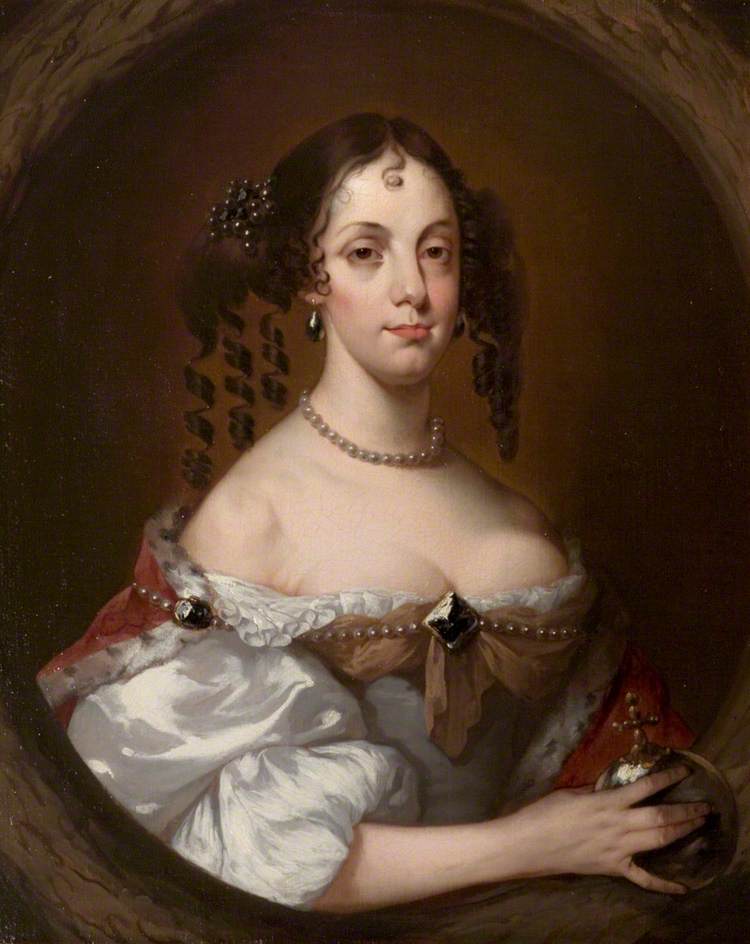 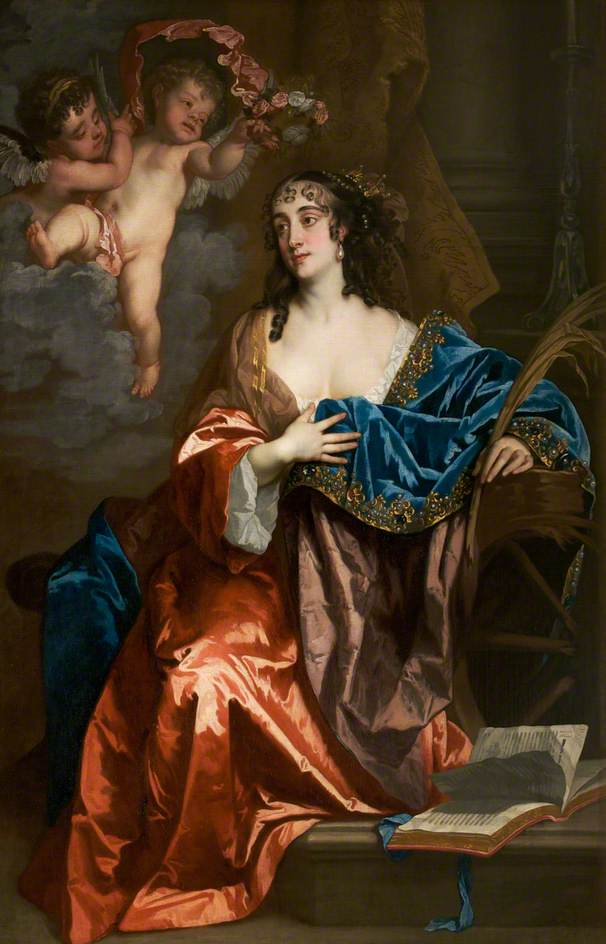 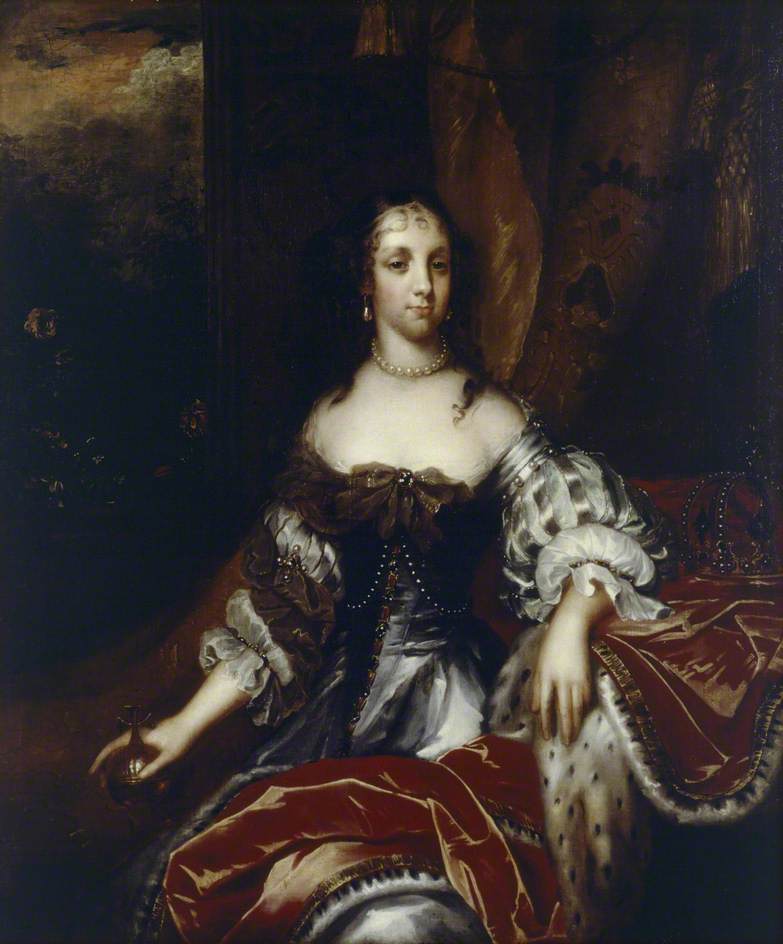 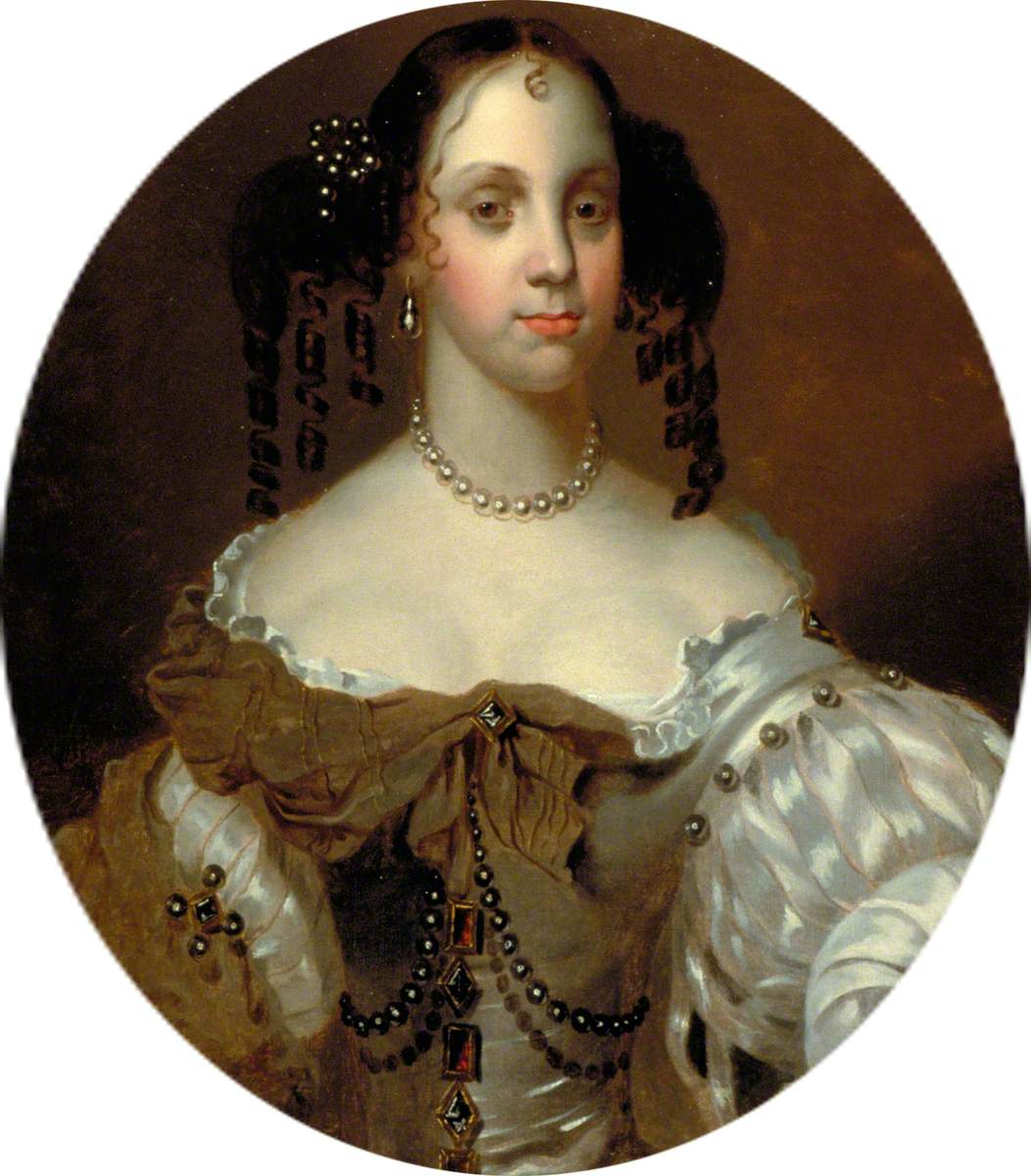 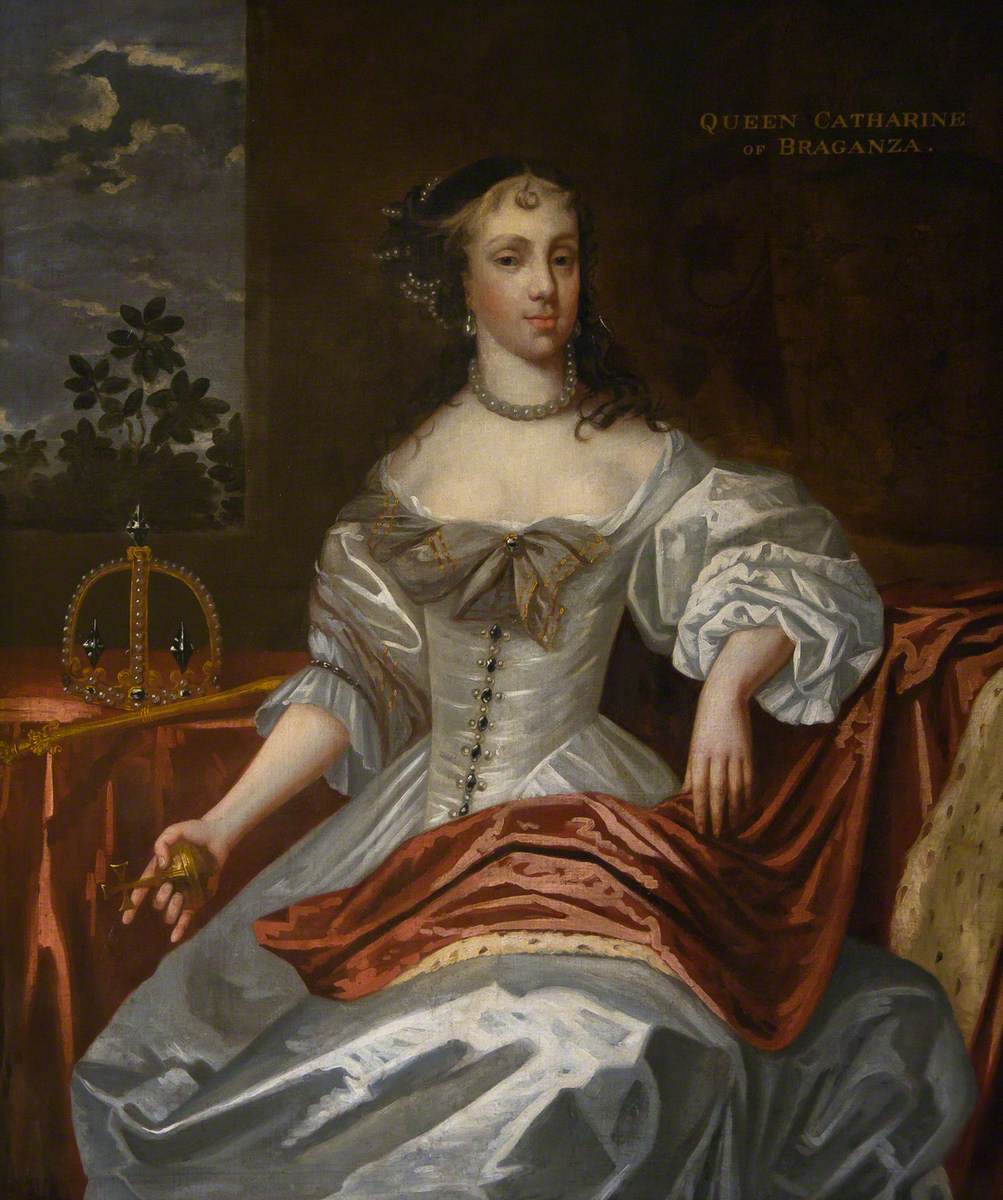 Putney Bridge is a bridge over the River Thames. The first bridge, slightly downstream from the current position, was opened on 29 Nov 1729 being the only bridge between, upstream, Kingston Bridge and, downstream, London Bridge. The bridge was badly damaged by the collision of a river barge in 1870 after which it was repaired but subsequently demolished for replacement. 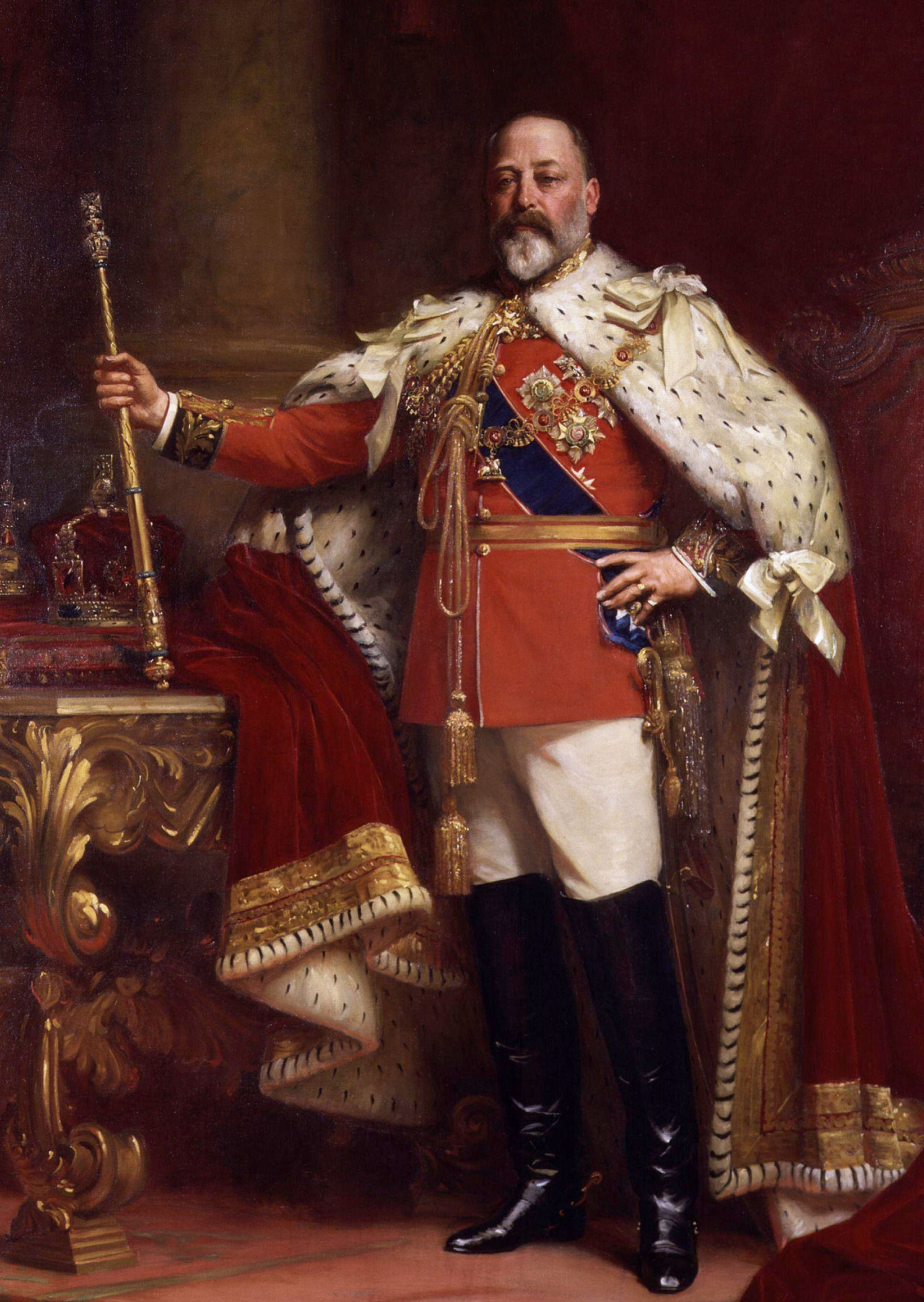 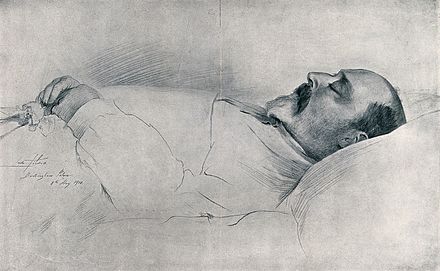 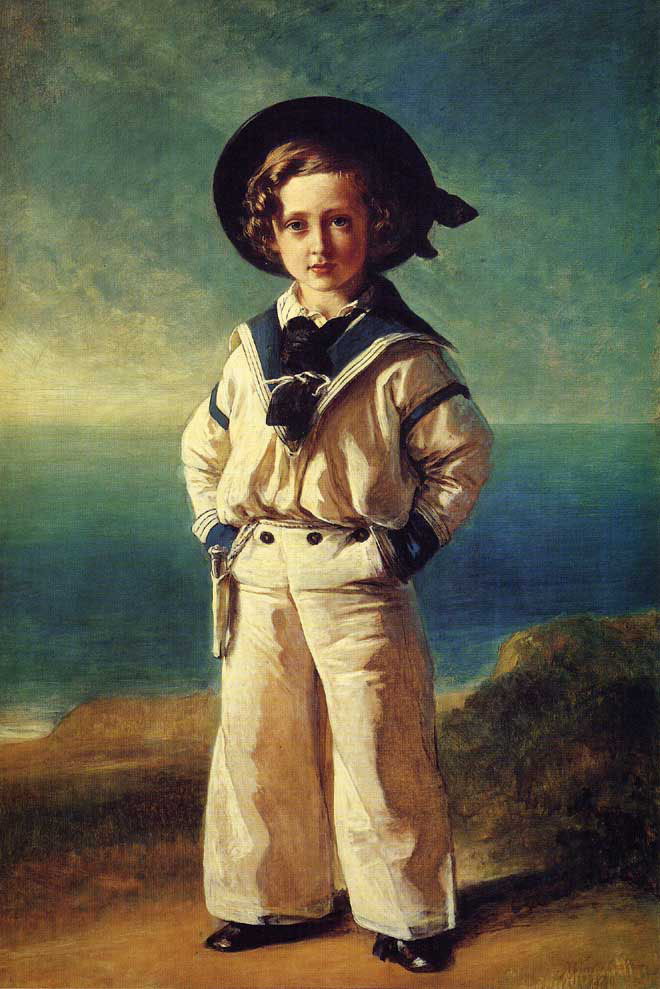 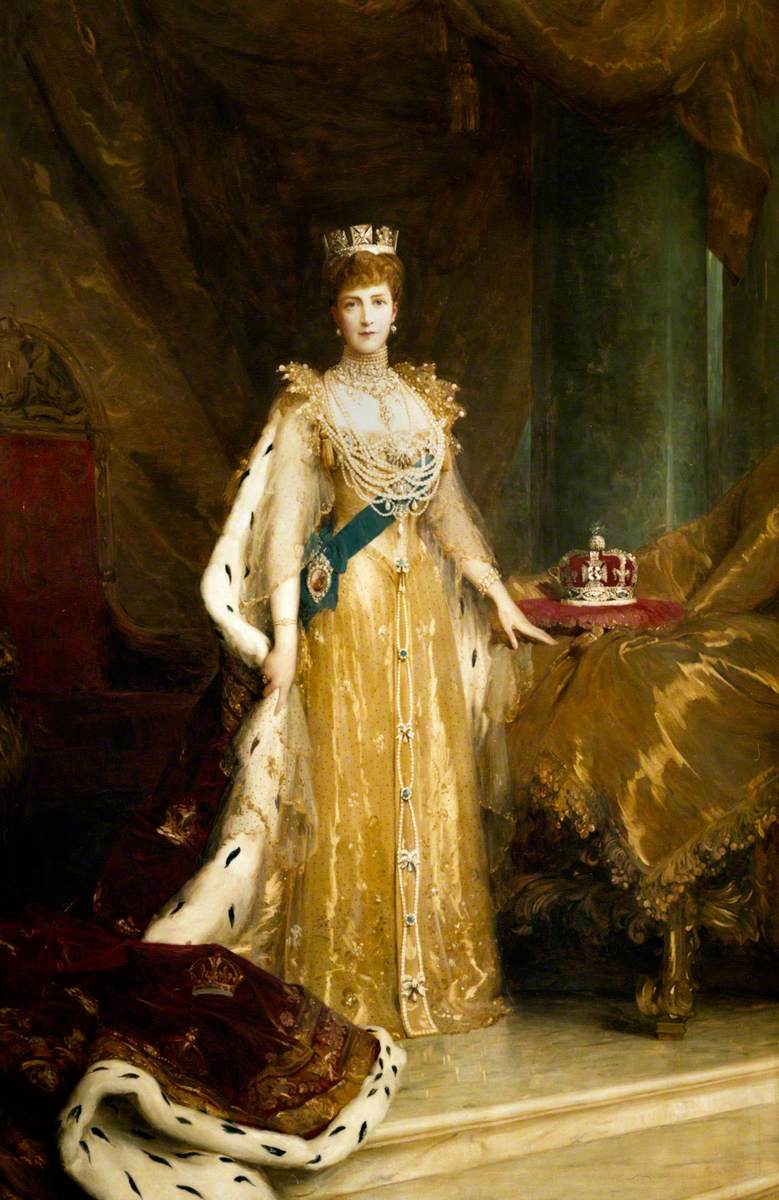