Commissioners is in Royal Household.

Commissioner for Victualling the Navy

In 1689 Thomas Papillon Merchant Politician 1623-1702 (65) was appointed Commissioner for Victualling the Navy which post he held until 1699.

Commissioners of the Privy Seal

John Evelyn's Diary 10 March 1687. 10 Mar 1687. His Majesty (53) sent for the Commissioners of the Privy Seal this morning into his bedchamber, and told us that though he had thought fit to dispose of the Seal into a single hand, yet he would so provide for us, as it should appear how well he accepted our faithful and loyal service with many gracious expressions to this effect; upon which we delivered the Seal into his hands. It was by all the world both hoped and expected, that he would have restored it to my Lord Clarendon; but they were astonished to see it given to Lord Arundel, of Wardour (80), a zealous Roman Catholic. Indeed it was very hard, and looked very unkindly, his Majesty (53) (as my Lord Clarendon protested to me, on my going to visit him and long discoursing with him about the affairs of Ireland) finding not the least failure of duty in him during his government of that kingdom, so that his recall plainly appeared to be from the stronger influence of the Papists, who now got all the preferments.

Most of the great officers, both in the Court and country, Lords and others, were dismissed, as they would not promise his Majesty (56) their consent to the repeal of the test and penal statutes against Popish Recusants. To this end, most of the Parliament men were spoken to in his Majesty's (56) closet, and such as refused, if in any place of office or trust, civil or military, were put out of their employments. This was a time of great trial; but hardly one of them assented, which put the Popish interest much backward. The English clergy everywhere preached boldly against their superstition and errors, and were wonderfully followed by the people. Not one considerable proselyte was made in all this time. The party were exceedingly put to the worst by the preaching and writing of the Protestants in many excellent treatises, evincing the doctrine and discipline of the reformed religion, to the manifest disadvantage of their adversaries. To this did not a little contribute the sermon preached at Whitehall before the Princess of Denmark (22) and a great crowd of people, and at least thirty of the greatest nobility, by Dr. Ken, Bishop of Bath and Wells (49), on John viii. 46 (the Gospel of the day), describing through his whole discourse the blasphemies, perfidy, wresting of Scripture, preference of tradition before it, spirit of persecution, superstition, legends, and fables of the Scribes and Pharisees, so that all the auditory understood his meaning of a parallel between them and the Romish priests, and their new Trent religion. He exhorted his audience to adhere to the written Word, and to persevere in the Faith taught in the Church of England, whose doctrine for Catholic and soundness he preferred to all the communities and churches of Christians in the world; concluding with a kind of prophecy, that whatever it suffered, it should after a short trial emerge to the confusion of her adversaries and the glory of God.

I went this evening to see the order of the boys and children at Christ's Hospital. There were near 800 boys and girls so decently clad, cleanly lodged, so wholesomely fed, so admirably taught, some the mathematics, especially the forty of the late King's foundation, that I was delighted to see the progress some little youths of thirteen or fourteen years of age had made. I saw them at supper, visited their dormitories, and much admired the order, economy, and excellent government of this most charitable seminary. Some are taught for the Universities, others designed for seamen, all for trades and callings. The girls are instructed in all such work as becomes their sex and may fit them for good wives, mistresses, and to be a blessing to their generation. They sang a psalm before they sat down to supper in the great Hall, to an organ which played all the time, with such cheerful harmony, that it seemed to me a vision of angels. I came from the place with infinite satisfaction, having never seen a more noble, pious, and admirable charity. All these consisted of orphans only. The foundation was of that pious Prince King Edward VI., whose picture (held to be an original of Holbein is in the court where the Governors meet to consult on the affairs of the Hospital, and his statue in white marble stands in a niche of the wall below, as you go to the church, which is a modern, noble, and ample fabric. This foundation has had, and still has, many benefactors.

Commissioner of Array for Dorset

Commissioner of the Admiralty

Commissioner of the Royal Navy

John Evelyn's Diary 15 October 1662. 15 Oct 1662. I this day delivered my "Discourse concerning Forest Trees" to the Society, upon occasion of certain queries sent to us by the Commissioners of his Majestie's Navy, being the first book that was printed by order of the Society, and by their printer, since it was a corporation.

102. i. Edward Tyldesley to Sam. Pepys (34). Robt. Withers (49) and the writer have viewed Foudray Pill, where they proposed to build ships for the King's service. Sends a draft sketch thereof, leaving the rest of the business to be transacted by his partners, Sir Thos. Strickland (45) and Mr. Withers (49). Has such timber as all England cannot show. Lodge in the Forest of Meirscough, 01 Oct 1667. 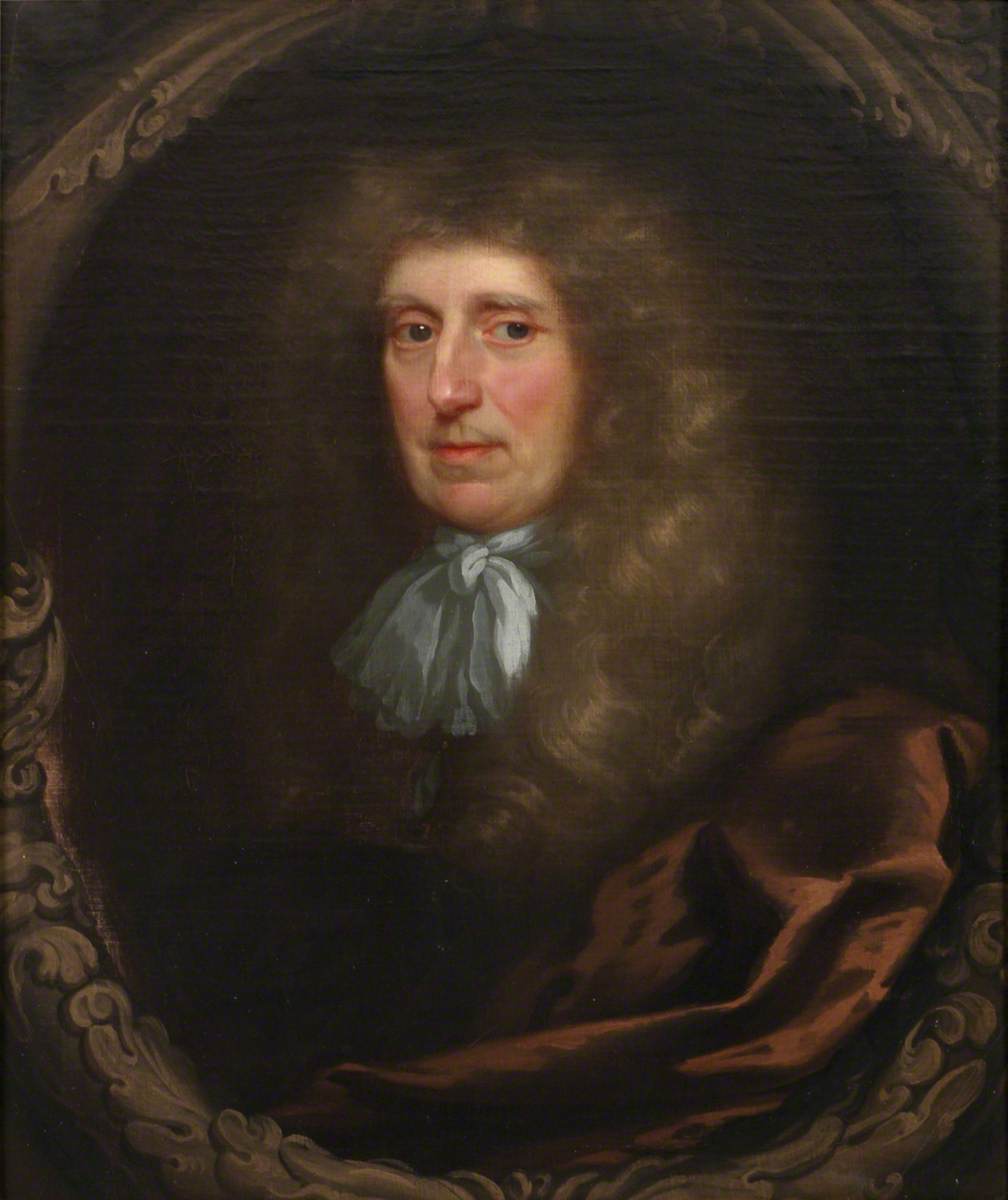 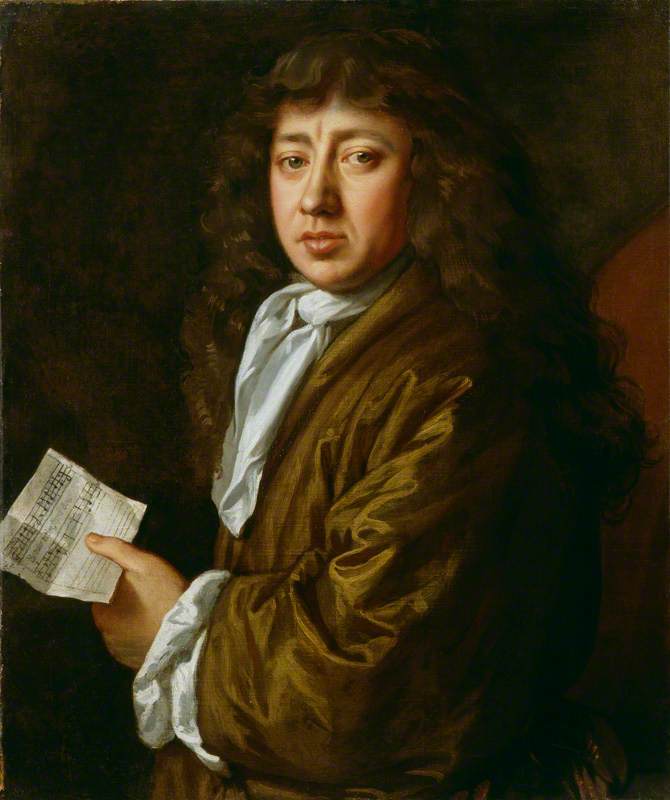 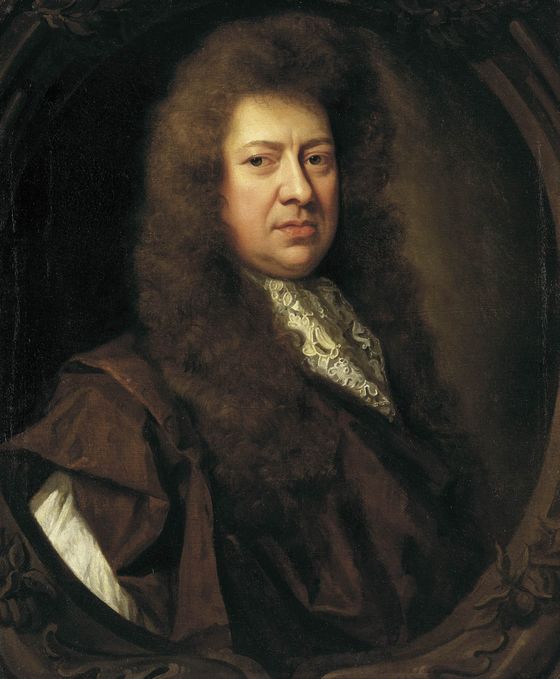 John Evelyn's Diary 20 July 1685. 20 Jul 1685. The Trinity House met this day, which should have ben on ye Monday after Trinity, but was put off by reason of the Royal Charter being so large that it could not be ready before. Some immunities were super-added. Mr. Pepys (52), Secretary to ye Admiralty, was a second time chosen Master. There were present the Duke of Grafton (21), Lord Dartmouth (12), Master of ye Ordnance, the Commissioners of ye Navy, and brethren of the Corporation. We went to Church according to costome, and then took barge to the Trinity House, in London, where we had a great dinner, above 80 at one table.

John Evelyn's Diary 26 March 1663. 26 Mar 1663. I sat at the Commission of Sewers, where was a great case pleaded by his Majesty's (32) counsel; he having built a wall over a water course, denied the jurisdiction of the Court. The verdict went for the plaintiff.

Commissioner of Trade and Plantation

In 1673 Henry Brouncker 3rd Viscount Brounckner 1627-1688 (46) was appointed Commissioner of Trade and Plantation.

Commissioners of the Treasury

Commissioners of the Mint

John Evelyn's Diary 27 August 1663. 27 Aug 1663. Dined at Sir Philip Warwick's (53), Secretary to my Lord Treasurer (56), who showed me the accounts and other private matters relating to the revenue. Thence, to the Commissioners of the Mint, particularly about coinage, and bringing his Majesty's (33) rate from fifteen to ten shillings for every pound weight of gold.