Dacre to Eyre is in Armorials.

died. She was buried at St Mary the Virgin Church Bottesford.
Monument an unusual Table Tomb with their effigies beneath surmounted by effigies of their children, and the Arms of Manners and Neville. He wearing a Leg Garter.
His arms showing quarterly: 1&4:

Dawnay. Argent on a bend cotised sable three annulets of the field. Source. died. She was buried at St Mary's Church Ewelme. Wrist Garter. The effigy was, apparently, viewed to determine how a lady should wear the garter at the re-commencement of Lady of the Garter appointments in 1901 after a gap of several hundred years. A particularly fine Cadaver Underneath the chest on which Alice's effigy lies. Full-length in a shroud.  Chest with Angels with Rounded Wings holding Shields.
Detail of the South Side of the Monument to Alice Chaucer Duchess Suffolk 1404-1475 (71)

marriage to Elizabeth of York (31)

, Katherine being the sister of Alice's paternal grandmother Philippa Roet 1346-1387 Denison. Ermine, a bend azure cotised sable between a unicorn's head erased in chief and a cross crosslet fitchy in base gules. Source.

Dormer. Azure, ten billets or 4,3,2,1 issuant from a chief of the second a demi-lion rampant sable langued gules. Source.

Dorward. Ermine on a chevron sable, three crescents or.

Lord Douglas. Argent, on a chief azure three mullets of the first.

Drake of Ash Arms. Drake of Ash in the parish of Musbury, Devon.
2: Argent, on a chief gules three cinquefoils of the first; Billet of Ash.
3: Gules, on a fess argent two mullets sable; Hamton of Rockbere and Ash.
4: Ermine, on a chief indented sable three crosslets fitchee or; Orwey of Orwey and Ash.
5: Barry of seven argent and sable.
6: Azure, six lions rampant argent crowned Gules, 3, 2, 1; Forde of Forde.
7: Argent, two chevrons sable (Esse/Ash of Ash); Esse or Ash of Ash. 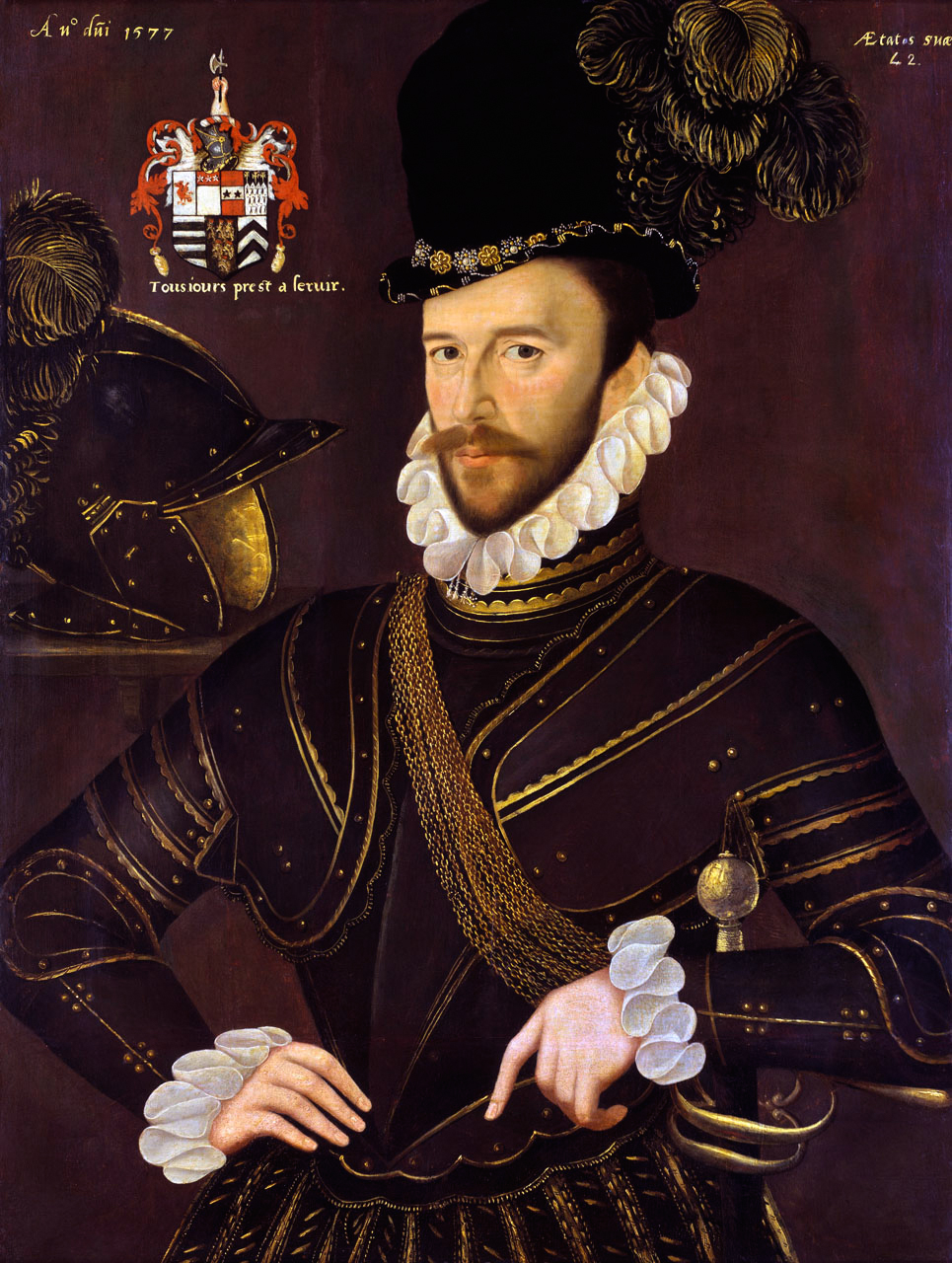 Duff. Vert, a fess dancetté ermine, between a buck's head caboshed in chief and two escallops in base or.

Dunbar. Gules a lion rampant argent on a bordure of the same eight roses of the field. Source.

Dundas Arms within a double tressure flory counterflory gules, all within a bordure azure. Source.

was present at the Siege of Mountsorrel Castle.

Hanover Arms, an inescutcheon over all three, gules the Crown of Charlemagne Proper (As Archtreasurer of the Holy Roman Empire).

Dutton. Quarterly argent and gules, in the 2&3 a fret or. Source.

died. On 15 Dec 1558 Margaret Blennerhasset -1558 died. They were buried in All Saints Church Narborough. Brass. The inscription on the brass says "Here do lye John Eyer Esquire late Receyvor Generale to Elizabeth the Quenes Majestie, in the counties of Norf., Suff., Cantabridge, and Huntyngton, and one of the Masters of her High Court of Chancerye and Margaret his wyfe, one of the daughters of Sir Thomas Blenerhaiset of Frens Knight late Wyfe of John, Spelman Esquire, son and heyre apparent of Sir John Spelman, Knyght." Armorials top left and middle Quartered