Great Storm is in Meteorological Events.

Anglo-Saxon Chronicle 1050-1065. 1053. About this time was the great wind, on the mass-night of St. Thomas; which did much harm everywhere. And all the midwinter also was much wind. It was this year resolved to slay Rees, the Welsh king's brother, because he did harm; and they brought his head to Gloucester on the eve of Twelfth-day. In this same year, before Allhallowmas, died Wulfsy, Bishop of Lichfield; and Godwin, Abbot of Winchcomb; and Aylward, Abbot of Glastonbury; all within one month. And Leofwine, Abbot of Coventry, took to the bishopric at Lichfield; Bishop Aldred to the abbacy at Winchcomb; and Aylnoth took to the abbacy at Glastonbury. The same year died Elfric, brother of Odda (60), at Deerhurst; and his body resteth at Pershore.

Anglo-Saxon Chronicle Henry I Beauclerc 1121. 1121. And in the night of the eve of "Natalis Domini" was a very violent wind over all this land, and that was in many things evidently seen.

Anglo-Saxon Chronicle Henry I Beauclerc 1122. 22 Mar 1122 And thereafter, the Tuesday after Palm-Sunday, was a very violent wind on the eleventh day before the calends of April; after which came many tokens far and wide in England, and many spectres were both seen and heard.

Chronica Majora 1236 Violent storms of wind and destructive inundations. 11 Nov 1236. On the day after the feast of St. Martin, and within the octaves of that feast, great inundations of the sea suddenly broke forth by night, and a fierce storm of wind arose, which caiLsed inundations of the rivers as well as of the sea, and in places, especially on the coast, drove the ships from their ports, tearing them from their anchors, drowned great numbers of people, destroyed flocks of sheep, and herds of cattle, tore up trees by the roots, overthrew houses, and ravaged the coast. The sea rose for two days and the intermediate night, a circumstance before unheard of, and did not ebb and flow in its usual way, being impeded (as was said) by the violence of the opposing winds. The dead bodies of those drowned were seen lying unburied in caves formed by the sea, near the coast, and at Wisbeach and the neighbouring villages, and along the seacoast, an endless number of human beings perished: in one town, and that not a populous one, about a hundred bodies were consigned to the tomb in one day. In the night of Christmas eve, also, a very fierce storm of wind raged, attended by thunder and a deluge of rain, and shook towers and other buildings, and the confusion of the elements rendered the roads and seas impassable. And thus in that year about the equinoctial season, the storm twice repeated ravaged England with irreparable damage. The Lord indeed seemed, owing to the sins of the people, to have sent this flood as a scourge to the earth, and to fulfil the threat contained in the Gospel "There shall be upon the earth distress of nations, with perplexity; the sea and the waves roaring."

Around 16 Jan 1362 St Marcellus' Flood was an intense extratropical cyclone, coinciding with a new moon, which swept across the British Isles, the Netherlands, northern Germany, and Denmark causing at least 25,000 deaths. In England the town of Dunwich was destroyed.

Diary of Isabella Twysden 1645. 11 Mar 1645. the 11 of march there was the terriblest wind, that had ben knowne sence ever the like, it did a great dele of hirt.

Diary of Samuel Pepys 18 February 1662. 18 Feb 1662. Lay long in bed, then up to the office (we having changed our days to Tuesday and Saturday in the morning and Thursday at night), and by and by with Sir W. Pen (40), Mr. Kennard, and others to survey his house again, and to contrive for the alterations there, which will be handsome I think.

After we had done at the office, I walked to the Wardrobe, where with Mr. Moore and Mr. Lewis Phillips after dinner we did agree upon the agreement between us and Prior and I did seal and sign it.

Having agreed with Sir Wm. Pen (40) and my wife to meet them at the Opera, and finding by my walking in the streets, which were every where full of brick-battes and tyles flung down by the extraordinary wind the last night (such as hath not been in memory before, unless at the death of the late Protector), that it was dangerous to go out of doors; and hearing how several persons had been killed to-day by the fall of things in the streets, and that the pageant in Fleetstreet is most of it blown down, and hath broke down part of several houses, among others Dick Brigden's; and that one Lady Sanderson, a person of quality in Covent Garden, was killed by the fall of the house, in her bed, last night; I sent my boy home to forbid them to go forth. But he bringing me word that they are gone, I went thither and there saw "The Law against Lovers", a good play and well performed, especially the little girl's (whom I never saw act before) dancing and singing; and were it not for her, the loss of Roxalana (19) would spoil the house.

So home and to musique, and so to bed.

Diary of Samuel Pepys 16 August 1664. 16 Aug 1664. Wakened about two o'clock this morning with the noise of thunder, which lasted for an houre, with such continued lightnings, not flashes, but flames, that all the sky and ayre was light; and that for a great while, not a minute's space between new flames all the time; such a thing as I never did see, nor could have believed had ever been in nature. And being put into a great sweat with it, could not sleep till all was over. And that accompanied with such a storm of rain as I never heard in my life. I expected to find my house in the morning overflowed with the rain breaking in, and that much hurt must needs have been done in the city with this lightning; but I find not one drop of rain in my house, nor any newes of hurt done. But it seems it has been here and all up and down the countrie hereabouts the like tempest, Sir W. Batten (63) saying much of the greatness thereof at Epsum.

Up and all the morning at the office.

At noon busy at the 'Change about one business or other, and thence home to dinner, and so to my office all the afternoon very busy, and so to supper anon, and then to my office again a while, collecting observations out of Dr. Power's booke of microscopes, and so home to bed, very stormy weather to-night for winde.

This day we had newes that my Lady Pen (40) is landed and coming hither, so that I hope the family will be in better order and more neate than it hath been.

John Evelyn's Diary 11 July 1689. 11 Jul 1689. I dined at Lord Clarendon's, it being his lady's wedding day, when about three in the afternoon there was an unusual and violent storm of thunder, rain, and wind; many boats on the Thames were overwhelmed, and such was the impetuosity of the wind as to carry up the waves in pillars and spouts most dreadful to behold, rooting up trees and ruining some houses. 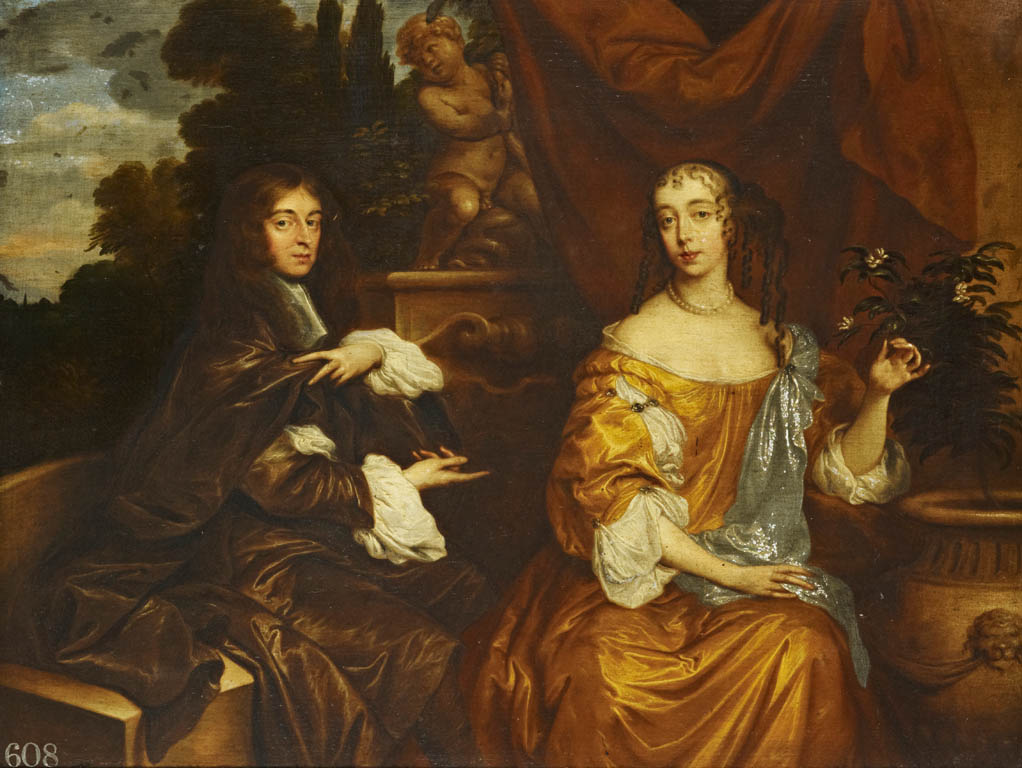 John Evelyn's Diary 11 January 1690. 11 Jan 1690. This night there was a most extraordinary storm of wind, accompanied with snow and sharp weather; it did great harm in many places, blowing down houses, trees, etc., killing many people. It began about two in the morning, and lasted till five, being a kind of hurricane, which mariners observe have begun of late years to come northward. This winter has been hitherto extremely wet, warm, and windy.