Gypciere is in Church Monument Details.

On 17 Dec 1419 William Gascoigne Chief Justice 1350-1419 (69) died at Gawthorpe Hall. He was buried at All Saints Church Harewood with his wife Elizabeth Mowbray 1350-1396 (69). He in judges robes with a gypciere. She wearing an elaborate Crespine Headress.

Monument to Thomas Babington 1449-1518 (69) and Editha Fitzherbert 1457-1511 (61). Excellent painted alabaster. Monument of the Tudor Period with the colours much refreshed. He in civilian clothes with a purse (aka scrip aka gypciere) hanging from his belt. Dogs chewing at her dress. Gabled Headress. The chest tomb of exceptional quality with the fifteen weepers under Crocketed canopies broadly undamaged. The weepers are believed to represent Thomas and Editha's children and their respective spouses. The chest tomb now abuts the south wall of the chancel meaning only three sides visible. Carved by Harpur and Moorecock of Burton on Trent.

Around 1520. Alabaster monument to William Blythe and his wife. Probably Harpur and Moorecock of Burton on Trent. Church of St James the Great Norton. Gabled Headress with Lappets. Dogs chewing at her dress. Angels Supporting Pillow. Chest with Weepers. Gypciere. 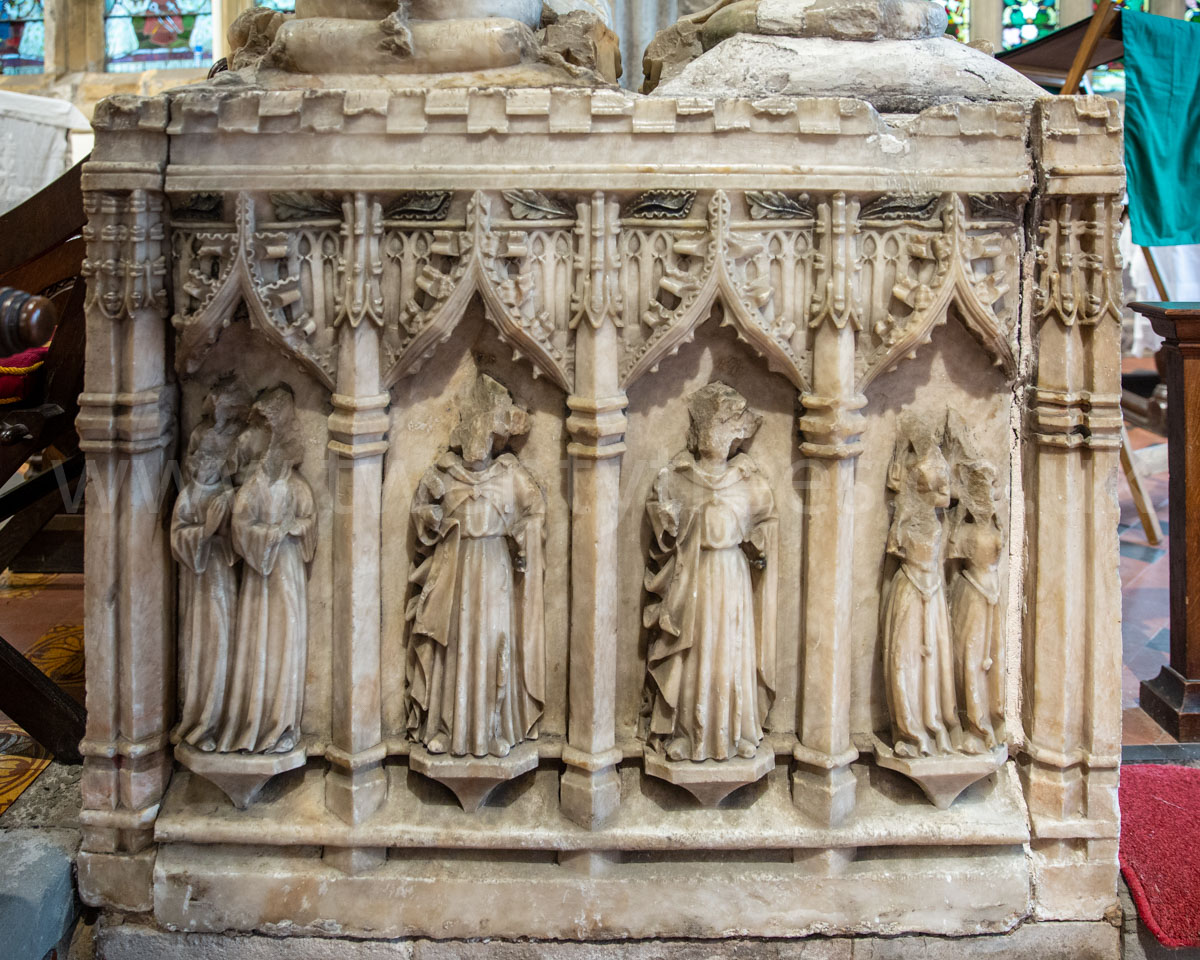 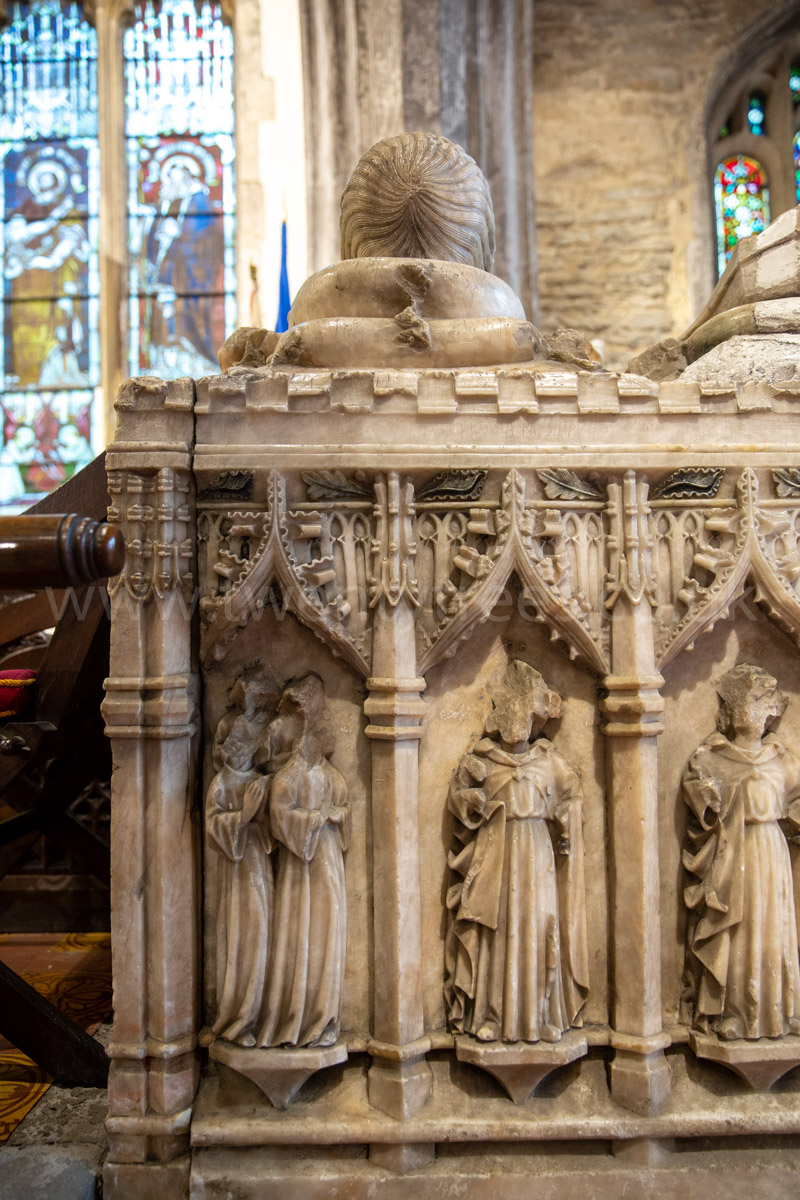 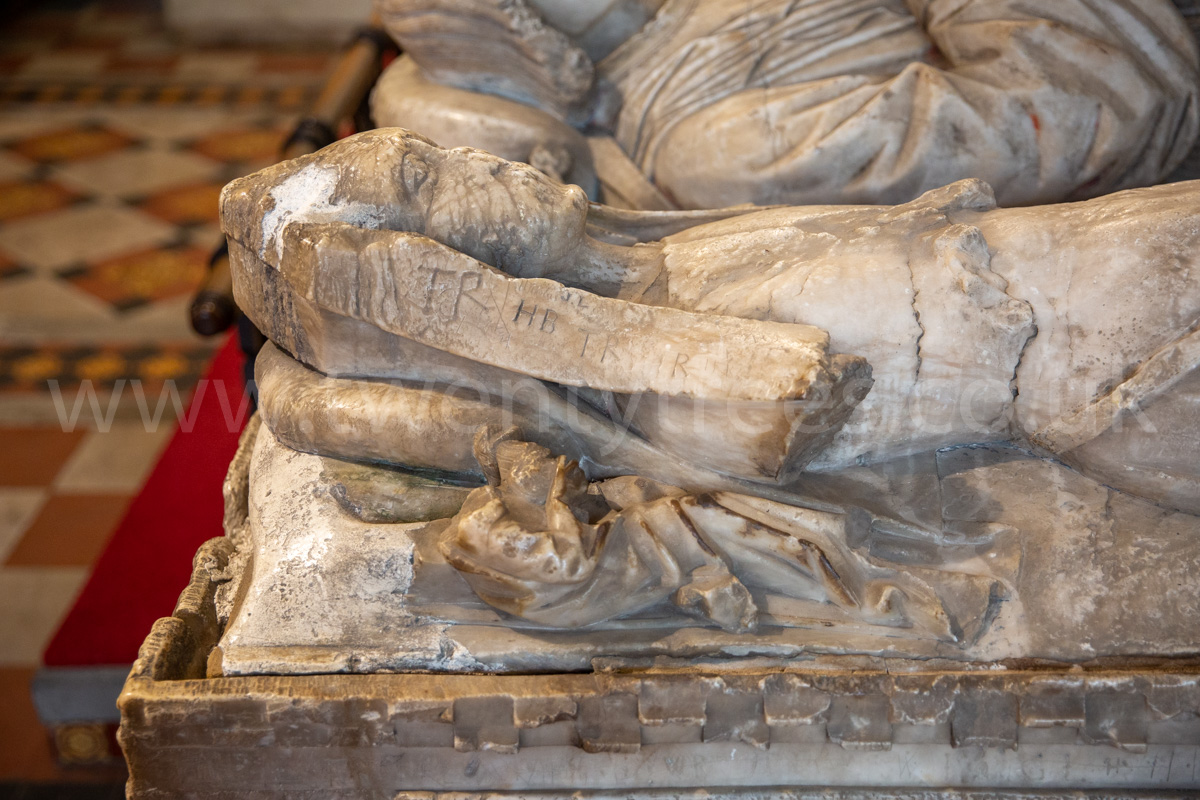 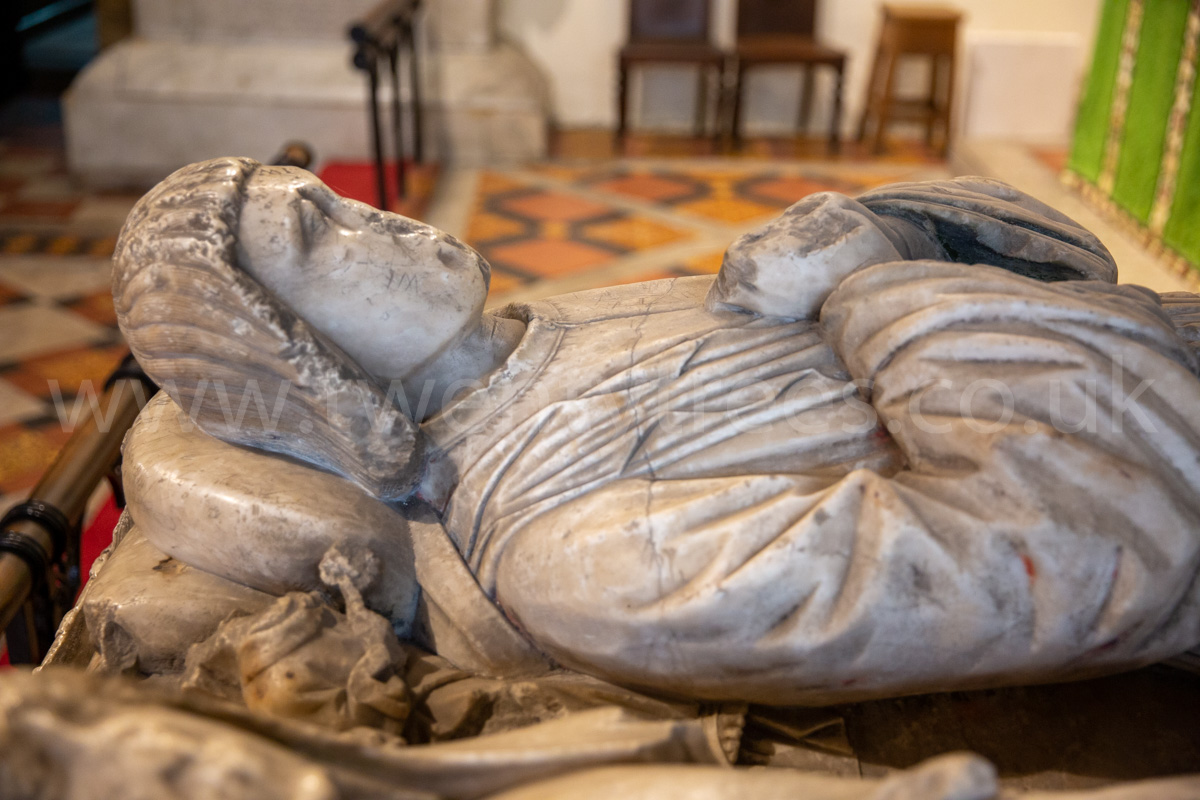 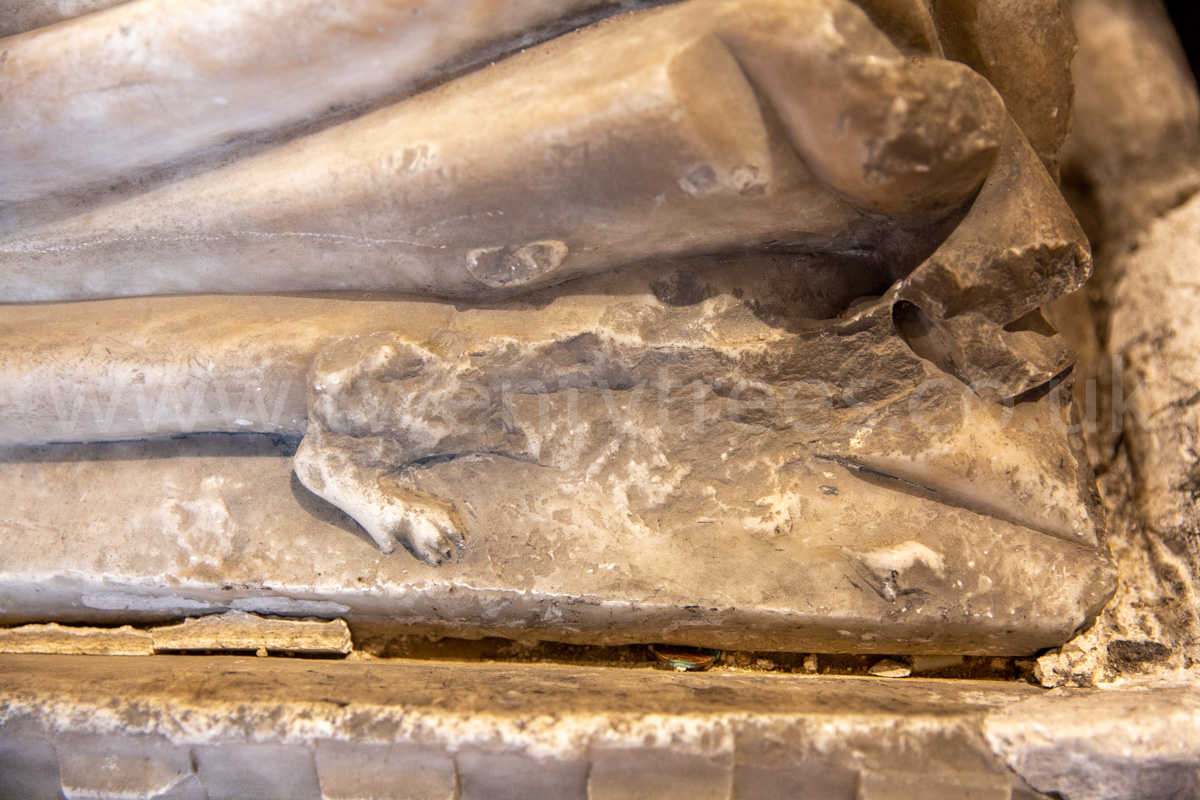 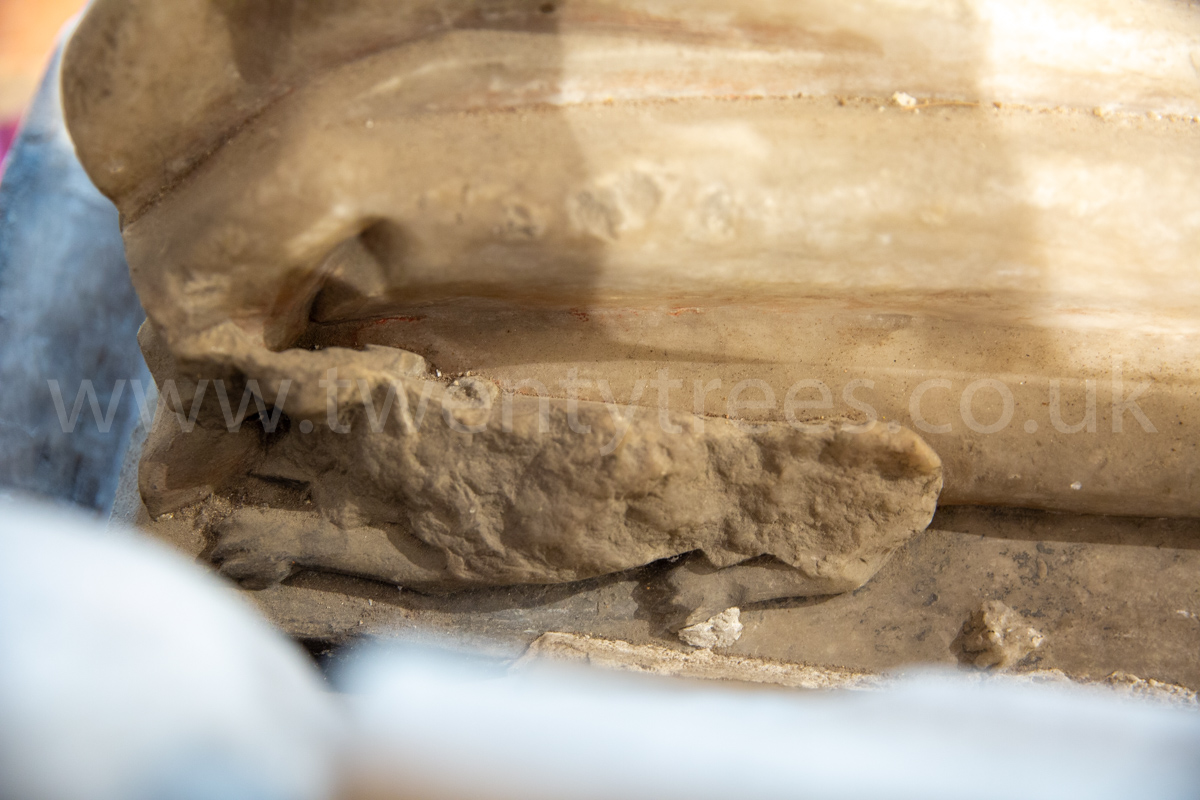 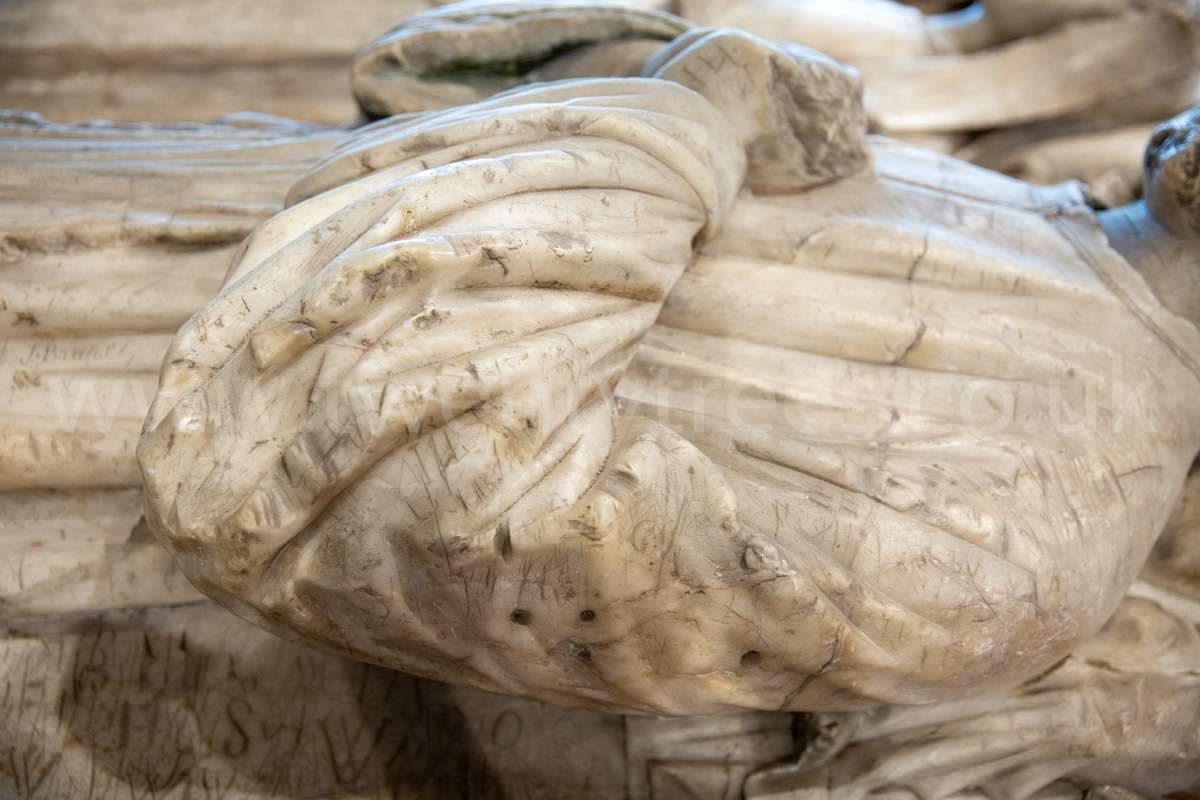 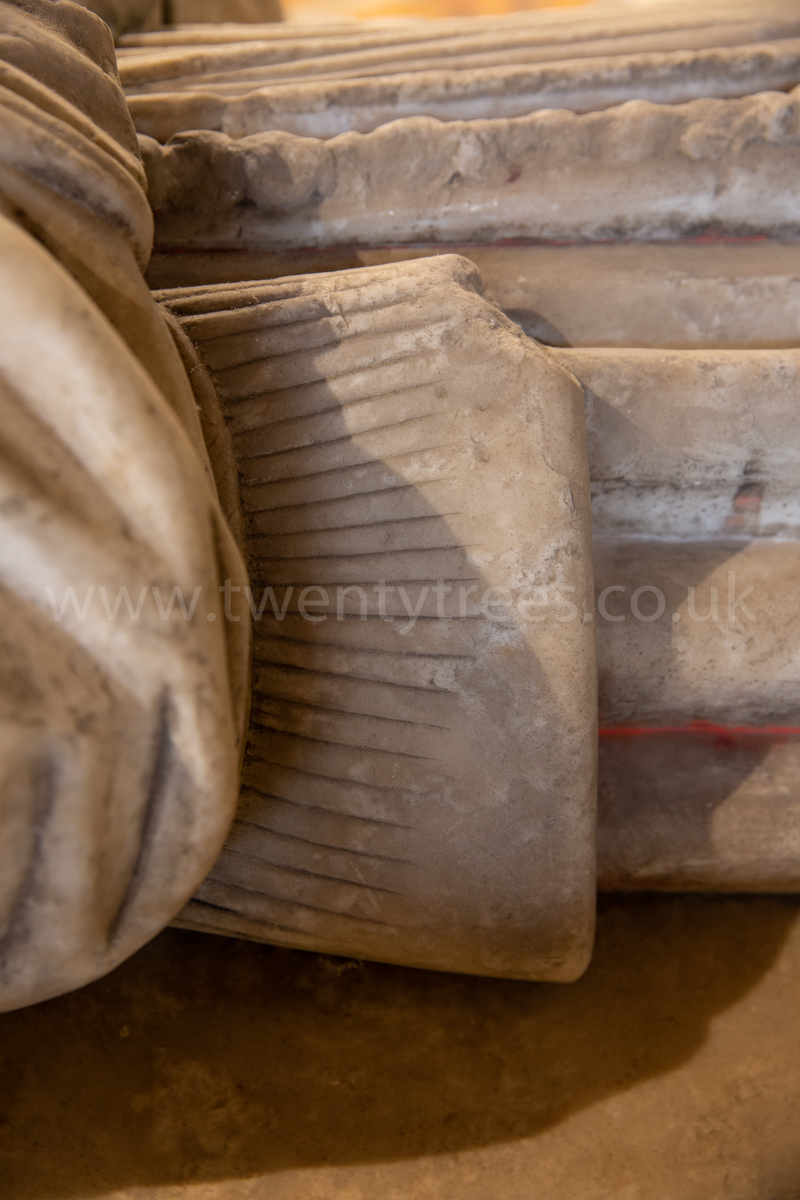