Aucassin and Nicolette is in Medieval Books.

Aucassin and Nicolette is a 12th or 13th Century sung story discovered in 1752 by medievalist Jean-Baptiste de La Curne de Sainte-Palaye. It recounts the tale of Aucassin, son of Count Garin of Beaucaire, who so loved Nicolette, a Saracen maiden, who had been sold to the Viscount of Beaucaire, baptized and adopted by him, that he had forsaken knighthood and chivalry and even refused to defend his father's territories from enemies. Accordingly, his father ordered the Viscount to send Nicolette away, but instead the Viscount locked her in a tower of his palace. Aucassin is imprisoned by his father to prevent him from going after his beloved Nicolette. They escape, are separated, she, disguised as a minstrel, finds him. She makes herself known to him, and the two marry. The story ends by saying that now the two have found (lasting) happiness the narrator has nothing left to say. 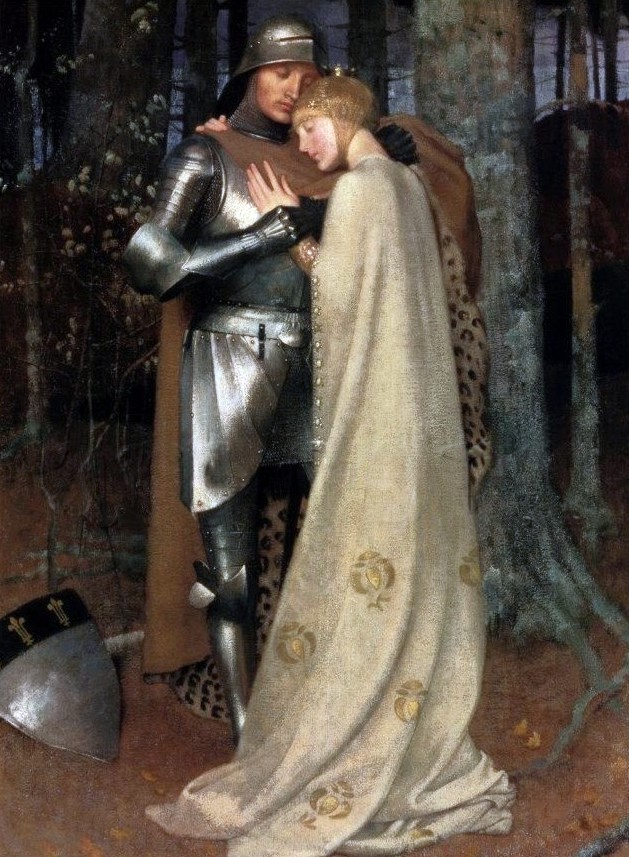