Decameron Day Four is in Decameron.

Summary. Lisabetta’s brothers murder her lover. He appears to her in a dream and shows her where he is buried. She secretly disinters the head and places it in a pot of basil, over which she weeps for a long time every day. In the end her brothers take it away from her, and shortly thereafter she dies of grief. 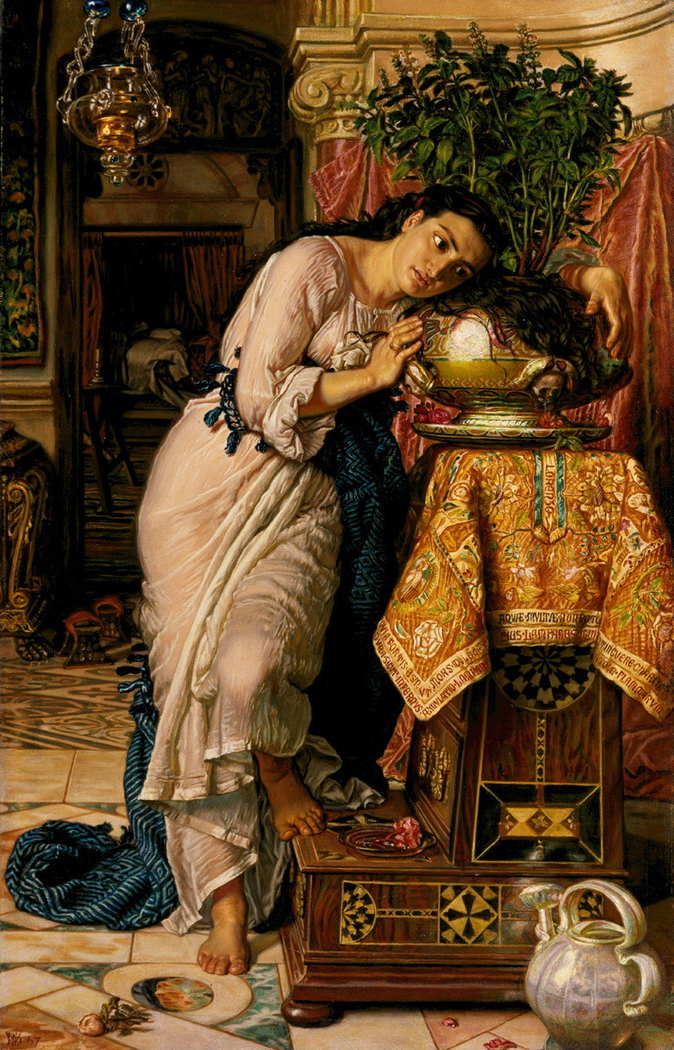 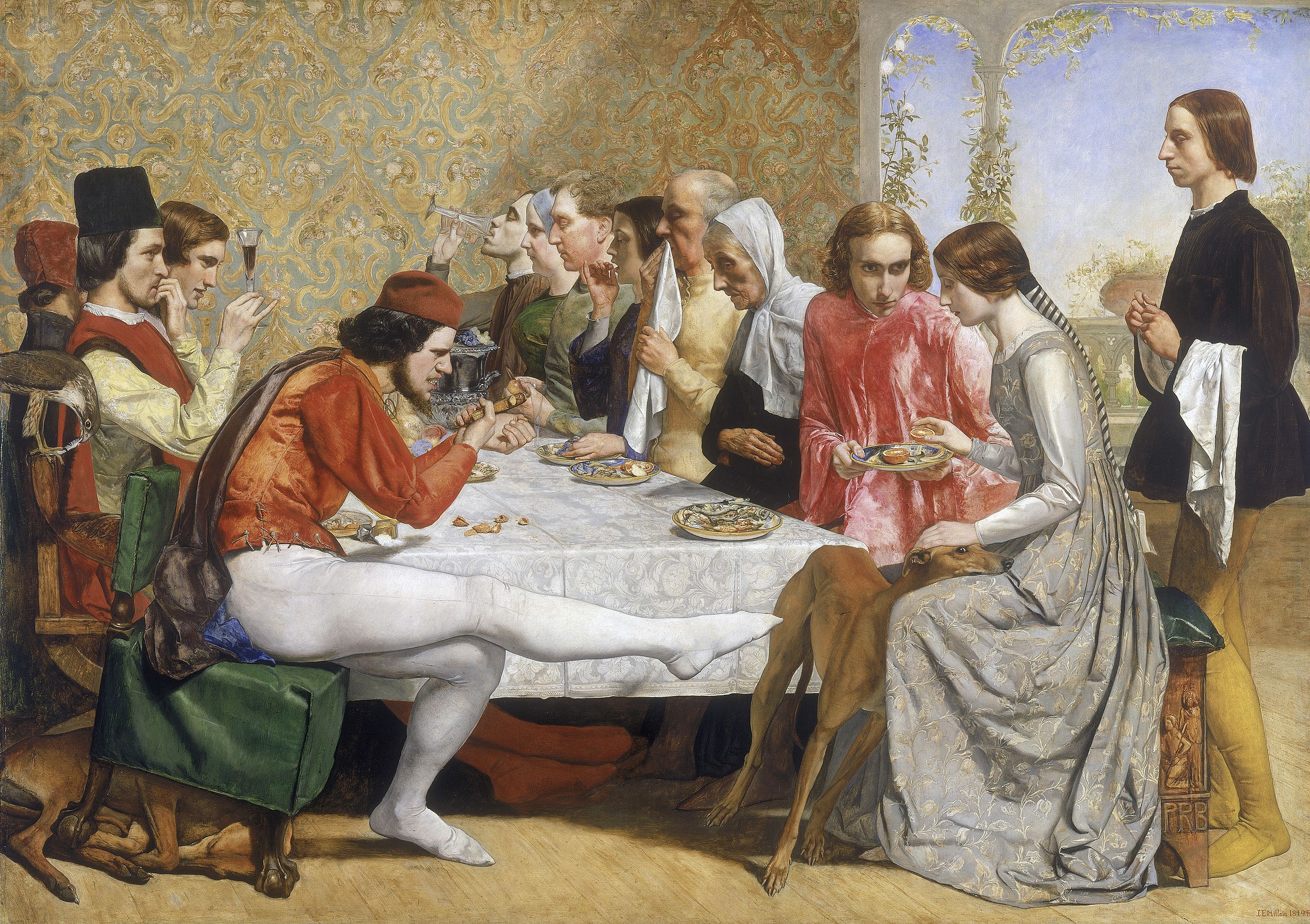 1849. John Everett Millais Painter Baronet 1829-1896 (19). "Isabella". From the poem Isabella and the Pot of Basil and the book Decameron Day Four Story Five. Note the initials PRB on the bottom of the table leg. 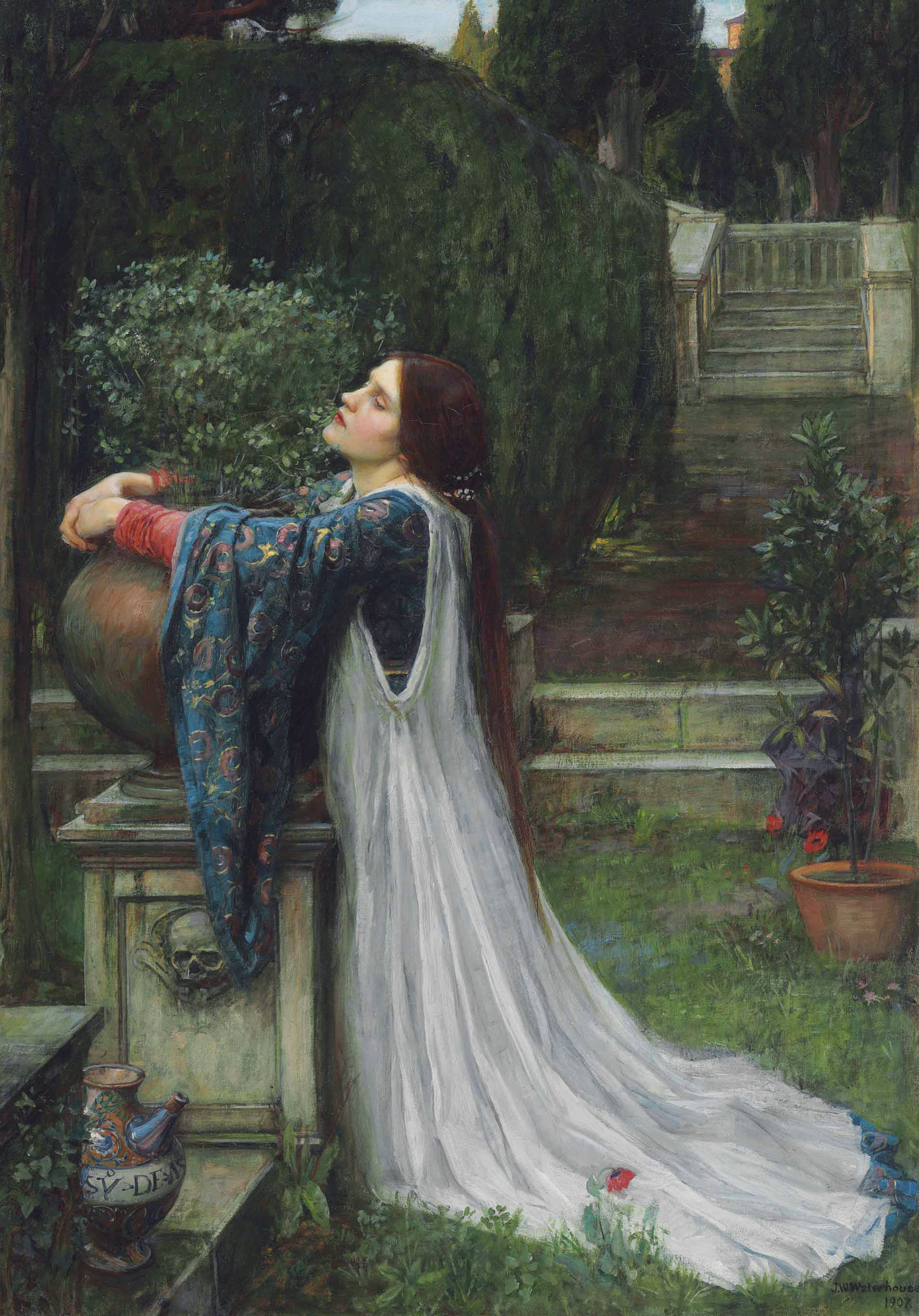