Gospels is in New Testament.

NIV. There will be signs in the sun, moon and stars. On the earth, nations will be in anguish and perplexity at the roaring and tossing of the sea.

Chronica Majora 1236 Violent storms of wind and destructive inundations. 11 Nov 1236. On the day after the feast of St. Martin, and within the octaves of that feast, great inundations of the sea suddenly broke forth by night, and a fierce storm of wind arose, which caiLsed inundations of the rivers as well as of the sea, and in places, especially on the coast, drove the ships from their ports, tearing them from their anchors, drowned great numbers of people, destroyed flocks of sheep, and herds of cattle, tore up trees by the roots, overthrew houses, and ravaged the coast. The sea rose for two days and the intermediate night, a circumstance before unheard of, and did not ebb and flow in its usual way, being impeded (as was said) by the violence of the opposing winds. The dead bodies of those drowned were seen lying unburied in caves formed by the sea, near the coast, and at Wisbeach and the neighbouring villages, and along the seacoast, an endless number of human beings perished : in one town, and that not a populous one, about a hundred bodies were consigned to the tomb in one day. In the night of Christmas eve, also, a very fierce storm of wind raged, attended by thunder and a deluge of rain, and shook towers and other buildings, and the confusion of the elements rendered the roads and seas impassable. And thus in that year about the equinoctial season, the storm twice repeated ravaged England with irreparable damage. The Lord indeed seemed, owing to the sins of the people, to have sent this flood as a scourge to the earth, and to fulfil the threat contained in the Gospel - "There shall be upon the earth distress of nations, with perplexity; the sea and the waves roaring."

NIV. Then he called the crowd to him along with his disciples and said: "Whoever wants to be my disciple must deny themselves and take up their cross and follow me.".

John Evelyn's Diary 20 March 1687. 20 Mar 1687. The Bishop of Bath and Wells (49) (Dr. Ken) preached at St. Martin's to a crowd of people not to be expressed, nor the wonderful eloquence of this admirable preacher; the text was Matt. xxvi. 36 to verse 40, describing the bitterness of our Blessed Savior's agony, the ardor of his love, the infinite obligations we have to imitate his patience and resignation; the means by watching against temptations, and over ourselves with fervent prayer to attain it, and the exceeding reward in the end. Upon all which he made most pathetical discourses. The Communion followed, at which I was participant. I afterward dined at Dr. Tenison's (50) with the Bishop and that young, most learned, pious, and excellent preacher, Mr. Wake (30). In the afternoon, I went to hear Mr. Wake (30) at the newly built church of St. Anne, on Mark viii. 34, upon the subject of taking up the cross, and strenuously behaving ourselves in time of persecution, as this now threatened to be.

His Majesty again prorogued the Parliament, foreseeing it would not remit the laws against Papists, by the extraordinary zeal and bravery of its members, and the free renunciation of the great officers both in Court and state, who would not be prevailed with for any temporal concern. 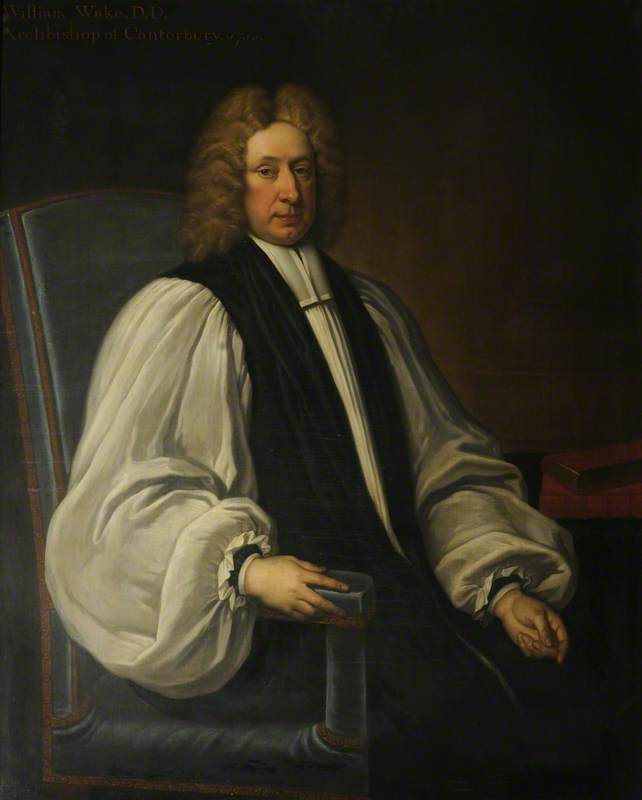 KJB. Whosoever, therefore, shall be ashamed of Me and of My words in this adulterous and sinful generation, of him also shall the Son of Man be ashamed when He cometh in the glory of His Father with the holy angels.

John Evelyn's Diary 20 December 1685. 20 Dec 1685. Dr Turner, brother to yc Bp. of Ely (48), and sometime Tutor to my son, preach'd at Whitehall on 8 Mark 38, concerning ye submission of Christians to their persecutors, in were some passages indiscreete enough, considering yc time, and the rage of the inhumane French tyrant against the poore Protestants.

NIV. 16 They brought the coin, and he asked them, "Whose image is this? And whose inscription?" "Caesar's," they replied. 17 Then Jesus said to them, "Give back to Caesar what is Caesar's and to God what is God's.". And they were amazed at him.