01 Jan 1655. Having with my family performed the public offices of the day, and begged a blessing on the year I was now entering, I went to keep the rest of Christmas at my brother's, R. Evelyn (32), at Woodcot.

28 Jan 1655. A stranger preached from Colossians iii. 2, inciting our affections to the obtaining heavenly things. I understood afterward that this man had been both chaplain and lieutenant to Admiral Penn (33), using both swords; whether ordained or not I cannot say; into such times were we fallen!

24 Feb 1655. I was showed a table clock whose balance was only a crystal ball, sliding on parallel wires, without being at all fixed, but rolling from stage to stage till falling on a spring concealed from sight, it was thrown up to the utmost channel again, made with an imperceptible declivity, in this continual vicissitude of motion prettily entertaining the eye every half minute, and the next half giving progress to the hand that showed the hour, and giving notice by a small bell, so as in 120 half minutes, or periods of the bullet's falling on the ejaculatory spring, the clock part struck. This very extraordinary piece (richly adorned) had been presented by some German prince to our late king, and was now in the possession of the usurper; valued at £200.

02 Mar 1655. Mr. Simpson, the King's jeweler, showed me a most rich agate cup, of an escalop-shape, and having a figure of Cleopatra at the scroll, her body, hair, mantle, and veil, of the several natural colors. It was supported by a half Mark Antony, the colors rarely natural, and the work truly antique, but I conceived they were of several pieces; had they been all of one stone, it were invaluable.

18 Mar 1655. Went to London, on purpose to hear that excellent preacher, Dr. Jeremy Taylor (42), on Matt. xiv. 17, showing what were the conditions of obtaining eternal life; also, concerning abatements for unavoidable infirmities, how cast on the accounts of the cross. On the 31st, I made a visit to Dr. Jeremy Taylor (42), to confer with him about some spiritual matters, using him thenceforward as my ghostly father. I beseech God Almighty to make me ever mindful of, and thankful for, his heavenly assistances!

02 Apr 1655. This was the first week, that, my uncle Pretyman being parted with his family from me, I began housekeeping, till now sojourning with him in my own house.

09 Apr 1655. I went to see the great ship newly built by the usurper, Oliver (55), carrying ninety-six brass guns, and 1,000 tons burden. In the prow was Oliver (55) on horseback, trampling six nations under foot, a Scot, Irishman, Dutchman, Frenchman, Spaniard, and English, as was easily made out by their several habits. A Fame held a laurel over his insulting head; the word, God with us. 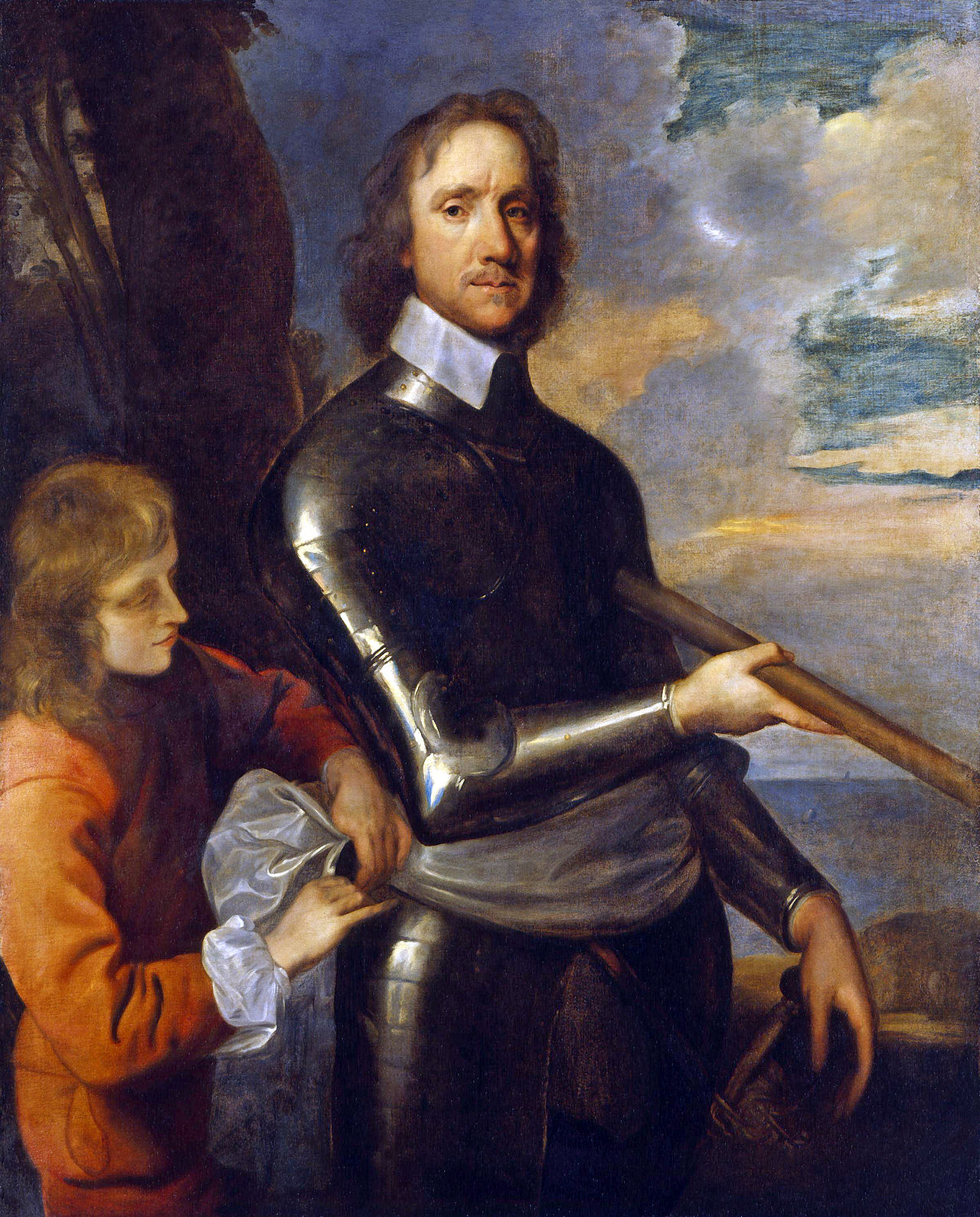 15 Apr 1655. I went to London with my family, to celebrate the feast of Easter. Dr. Wild preached at St. Gregory's; the ruling Powers conniving at the use of the Liturgy, etc., in the church alone. In the afternoon, Mr. Pierson (since Bishop of Chester) preached at Eastcheap, but was disturbed by an alarm of fire, which about this time was very frequent in the city.

17 Jun 1655. There was a collection for the persecuted churches and Christians in Savoy, remnants of the ancient Albigenses.

03 Jul 1655. I was shown a pretty Terella, described with all the circles, and showing all the magnetic deviations.

01 Aug 1655. I went to Dorking, to see Mr. Charles Howard's (26) amphitheater, garden, or solitary recess, being fifteen acres environed by a hill. He showed us divers rare plants, caves, and an elaboratory.

10 Aug 1655. To Albury, to visit Mr. Howard (27), who had begun to build, and alter the gardens much. He showed me many rare pictures, particularly the Moor on horseback; Erasmus, as big as the life, by Holbein; a Madonna, in miniature, by Oliver; but, above all, the skull, carved in wood, by Albert Durer, for which his father was offered £100; also Albert's head, by himself, with divers rare agates, intaglios, and other curiosities. 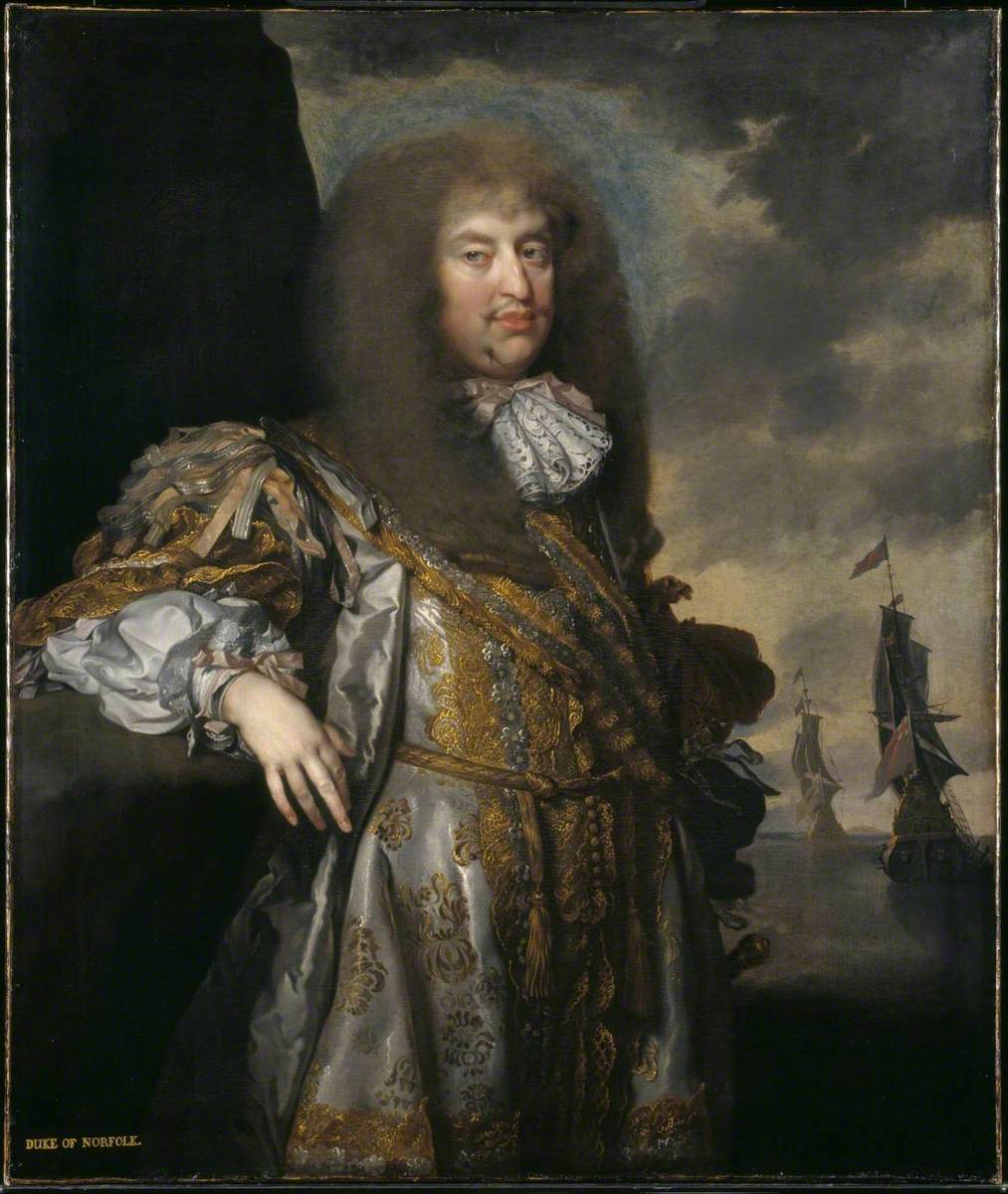 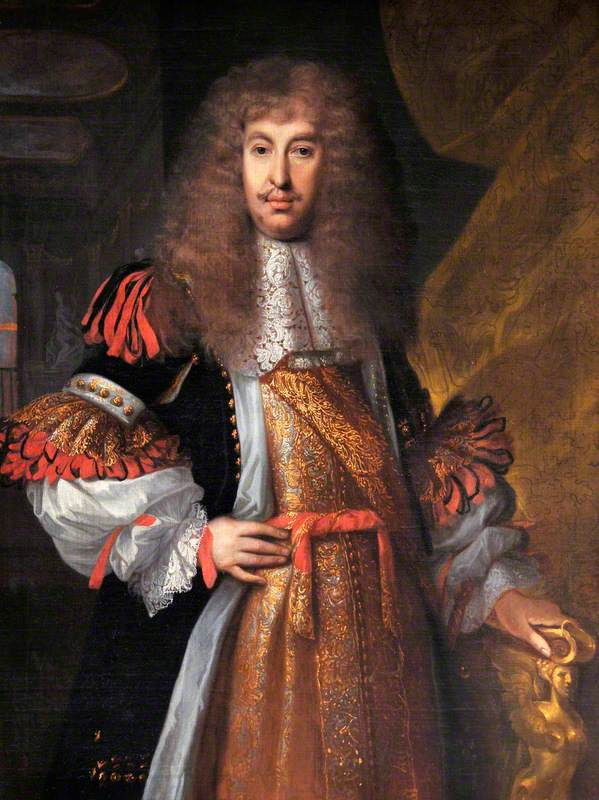 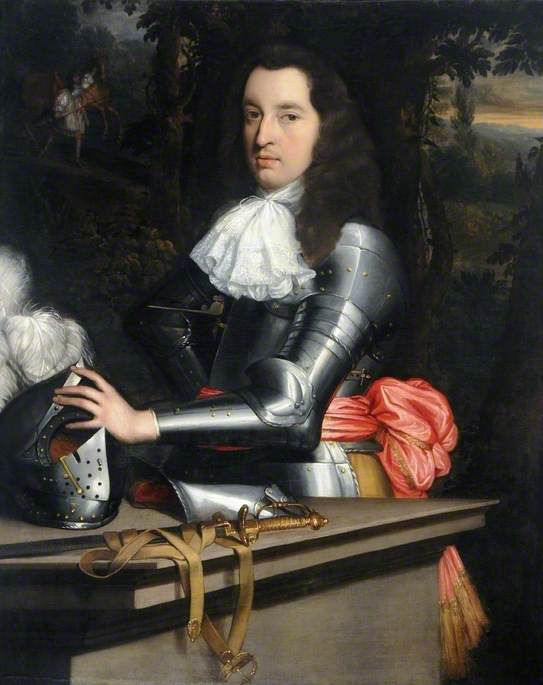 21 Aug 1655. I went to Ryegate, to visit Mrs. Cary, at my Lady Peterborough's (33), in an ancient monastery well in repair, but the park much defaced; the house is nobly furnished. The chimney-piece in the great chamber, carved in wood, was of Henry VIII., and was taken from a house of his in Bletchingley. At Ryegate, was now the Archbishop of Armagh, the learned James Usher (74), whom I went to visit. He received me exceeding kindly. In discourse with him, he told me how great the loss of time was to study much the Eastern languages; that, excepting Hebrew, there was little fruit to be gathered of exceeding labor; that, besides some mathematical books, the Arabic itself had little considerable; that the best text was the Hebrew Bible; that the Septuagint was finished in seventy days, but full of errors, about which he was then writing; that St. Hierome's was to be valued next the Hebrew; also that the seventy translated the Pentateuch only, the rest was finished by others; that the Italians at present understood but little Greek, and Kircher was a mountebank; that Mr. Selden's best book was his "Titles of Honor"; that the church would be destroyed by sectaries, who would in all likelihood bring in Popery. In conclusion he recommended to me the study of philology, above all human studies; and so, with his blessing, I took my leave of this excellent person, and returned to Wotton. 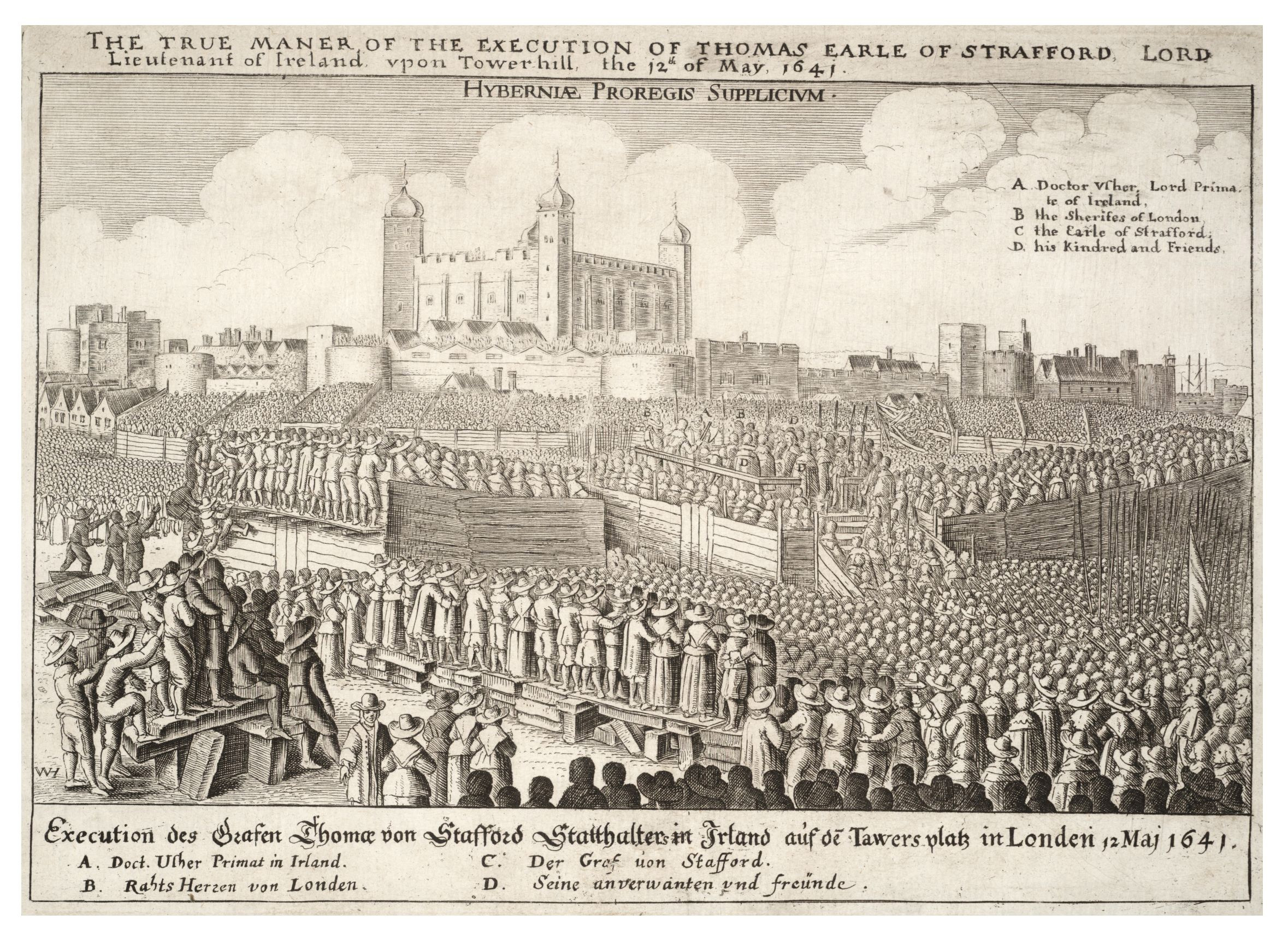 27 Aug 1655. I went to Boxhill, to see those rare natural bowers, cabinets, and shady walks in the box copses: hence we walked to Mickleham, and saw Sir F. Stidolph's seat, environed with elm trees and walnuts innumerable, and of which last he told us they received a considerable revenue. Here are such goodly walks and hills shaded with yew and box, as render the place extremely agreeable, it seeming from these evergreens to be summer all the winter.

28 Aug 1655. Came that renowned mathematician, Mr. Oughtred (81), to see me, I sending my coach to bring him to Wotton, being now very aged. Among other discourse, he told me he thought water to be the philosopher's first matter, and that he was well persuaded of the possibility of their elixir; he believed the sun to be a material fire, the moon a continent, as appears by the late selenographers; he had strong apprehensions of some extraordinary event to happen the following year, from the calculation of coincidence with the diluvian period; and added that it might possibly be to convert the Jews by our Savior's visible appearance, or to judge the world; and therefore, his word was, "Parate in occursum"; he said original sin was not met with in the Greek Fathers, yet he believed the thing; this was from some discourse on Dr. Taylor's (42) late book, which I had lent him.

16 Sep 1655. Preached at St. Gregory's one Darnel, on Psalm iv. 4, concerning the benefit of self-examination; more learning in SO SHORT A TIME AS AN HOUR I have seldom heard.

17 Sep 1655. Received £2,600 of Mr. Hurt, for the Manor of Warley Magna, in Essex, purchased by me some time since. The taxes were so intolerable that they ate up the rents, etc., surcharged as that county had been above all others during our unnatural war.

On Sunday afternoon, I frequently staid at home to catechize and instruct my family, those exercises universally ceasing in the parish churches, so as people had no principles, and grew very ignorant of even the common points of Christianity; all devotion being now placed in hearing sermons and discourses of speculative and national things. 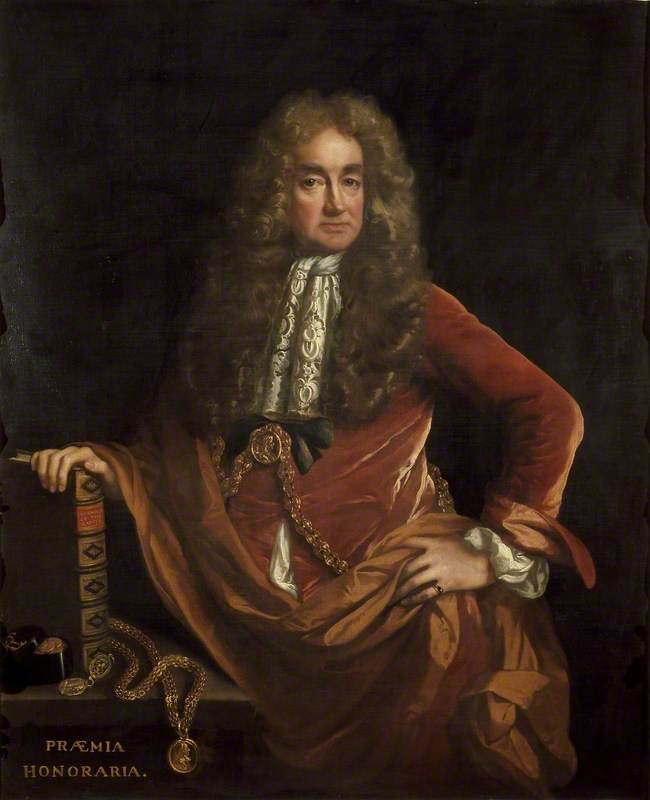 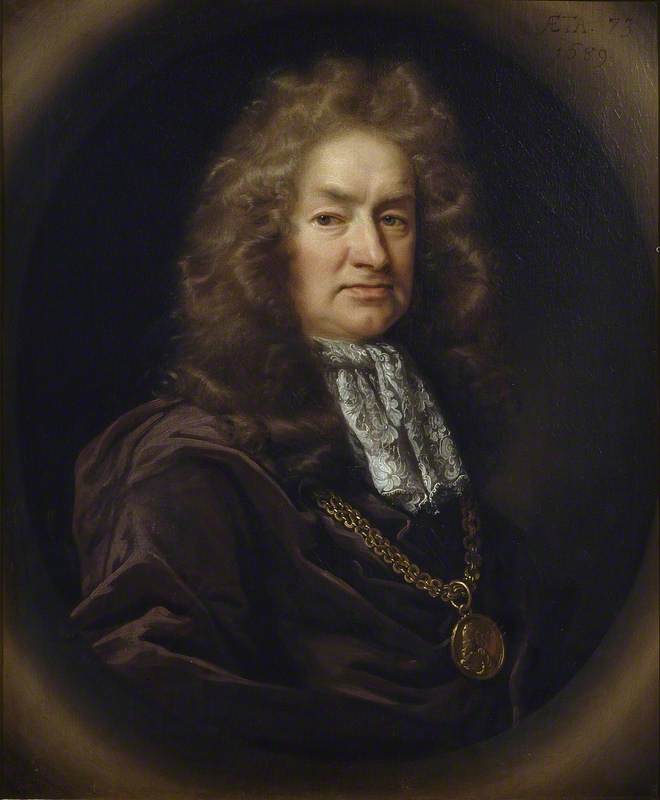 26 Sep 1655. I went to see Colonel Blount's subterranean warren, and drank of the wine of his vineyard, which was good for little.

30 Sep 1655. Sir Nicholas Crisp (56) came to treat with me about his vast design of a mole to be made for ships in part of my grounds at Sayes Court.

03 Nov 1655. I had accidentally discourse with a Persian and a Greek concerning the devastation of Poland by the late incursion of the Swedes.

27 Nov 1655. To London about Sir Nicholas Crisp's (56) designs.
I went to see York House and gardens, belonging to the former great Buckingham, but now much ruined through neglect.

Thence, to visit honest and learned Mr. Hartlib (55), a public spirited and ingenious person, who had propagated many useful things and arts. He told me of the castles which they set for ornament on their stoves in Germany (he himself being a Lithuanian, as I remember), which are furnished with small ordnance of silver on the battlements, out of which they discharge excellent perfumes about the rooms, charging them with a little powder to set them on fire, and disperse the smoke: and in truth no more than need, for their stoves are sufficiently nasty. He told me of an ink that would give a dozen copies, moist sheets of paper being pressed on it; and remain perfect; and a receipt how to take off any print without the least injury to the original. This gentleman was master of innumerable curiosities, and very communicative. I returned home that evening by water; and was afflicted for it with a cold that had almost killed me.
This day, came forth the Protector's (56) Edict, or Proclamation, prohibiting all ministers of the Church of England from preaching or teaching any schools, in which he imitated the apostate, Julian; with the decimation of all the royal party's revenues throughout England. 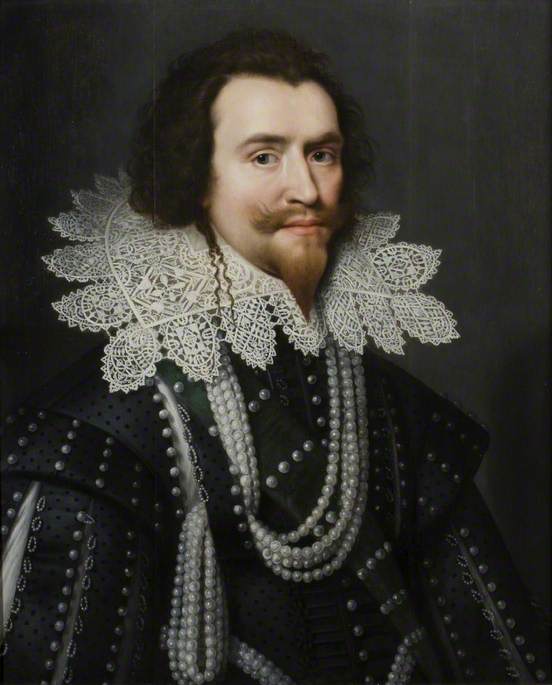 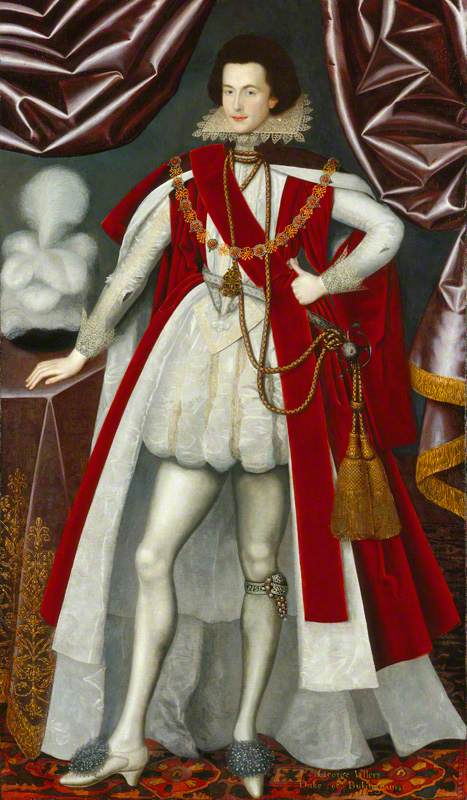 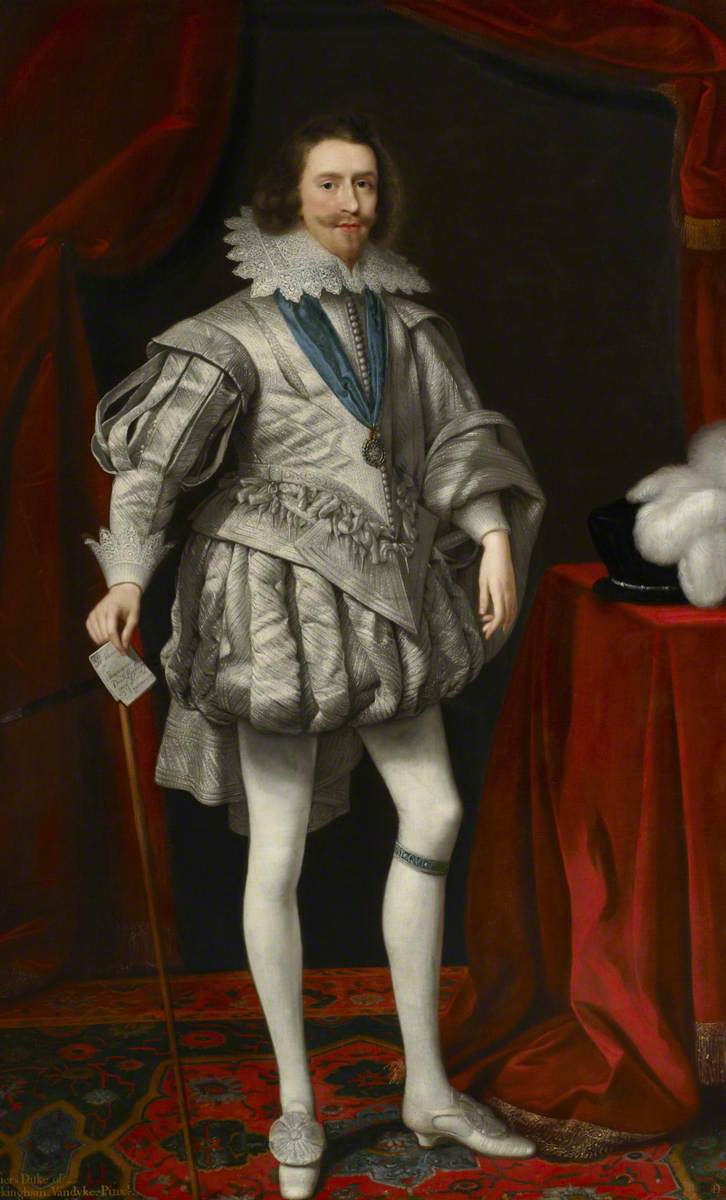 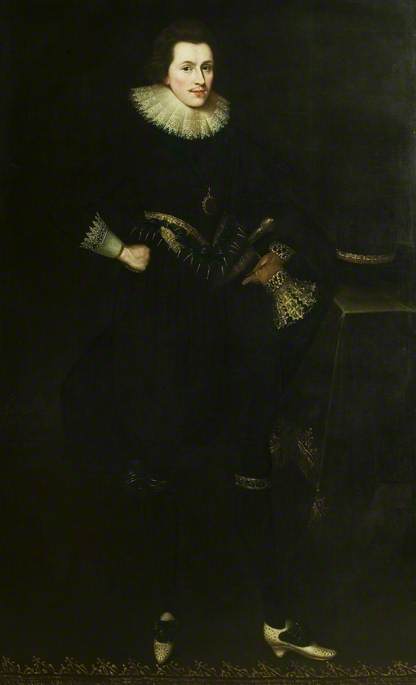 14 Dec 1655. I visited Mr. Hobbes (67), the famous philosopher of Malmesbury, with whom I had been long acquainted in France.
Now were the Jews admitted.

25 Dec 1655. There was no more notice taken of Christmas-day in churches.
I went to London, where Dr. Wild preached the funeral sermon of Preaching, this being the last day; after which Cromwell's (56) proclamation was to take place, that none of the Church of England should dare either to preach, or administer Sacraments, teach schools, etc., on pain of imprisonment, or exile. So this was the most mournful day that in my life I had seen, or the Church of England herself, since the Reformation; to the great rejoicing of both Papist and Presbyter.54 So pathetic was his discourse, that it drew many tears from the auditory. Myself, wife (20), and some of our family, received the Communion, God make me thankful, who hath hitherto provided for us the food of our souls as well as bodies! The Lord Jesus pity our distressed Church, and bring back the captivity of Zion!