The Chronicles of Froissart Chapters 31-50

1339. When the Friday came in the morning, both hosts apparelled themselves ready, and every lord heard mass among their own companies and divers were shriven.
First we will speak of the order of the Englishmen, who drew them forward into the field and made three battles afoot, and did put all their horses and baggages into a little wood behind them, and fortified it. The first battle led1 the duke of Gueldres, the marquis of Meissen, the marquis of Brandebourg, sir John of Hainault, the earl of Mons, the earl of Salm, the lord of Fauquemont, sir William of Duvenvoorde, sir Arnold of Baquehem and the Almains; and among them was twenty-two banners and sixty pennons in the whole, and eight thousand men. The second battle had the duke of Brabant and the lords and knights of his country — first the lord of Cuyk, the lord Berg, the lord of Breda, the lord of Rotselaer, the lord of Vorsselaer, the lord of Borgneval, the lord of Schoonvorst, the lord of Witham, the lord of Aerschot, the lord of Gaesbeck, the lord of Duffel, sir Thierry of Walcourt, sir Rasse of Gres, sir John of Kesterbeke, sir John Pyliser, sir Giles of Coterebbe, sir Walter of Huldeberg, the three brethren of Harlebeke, sir Henry of Flanders, and divers other barons and knights of Flanders, who were all under the duke of Brabant's banner, as the lord of Halewyn, the lord of Gruthuse, sir Hector Vilain, sir John of Rhodes, sir Wulfart of Ghistelles, sir William of Straten, sir Gossuin de la Moere, and many other : the duke of Brabant had a twenty-four banners and eighty pennons, and in all a seven thousand men. The third battle and the greatest had the king of England and with him his cousin the earl of Derby (29), the bishop of Lincoln (47), the bishop of Durham, the earl of Salisbury (38), the earl of Northampton (29), and of Gloucester (48), the earl of Suffolk (40), sir Robert d'Artois (52), as then called earl of Richmond5, the lord Raynold Cobham (44), the lord Percy, the lord Ros (54), the lord Mowbray (28), sir Lewis and sir John Beauchamp, the lord Delaware (62), the lord of Langton, the lord Basset, the lord Fitzwalter, sir Walter Manny (29), sir Hugh Hastings (29), sir John Lisle (21), and divers other that I cannot name : among other was sir John Chandos (19), of whom much honour is spoken in this book2. The king had with him twenty-eight banners and ninety pennons, and in his battle a six thousand men of arms and six thousand archers; and he had set another battle as in a wing, whereof the earl of Warwick (25), the earl of Pembroke (19), the lord Berkeley (43), the lord Multon and divers other were as chief, and they were on horseback3. Thus when every lord was under his banner, as it was commanded by the marshals, the king of England mounted on a palfrey, accompanied all only with sir Robert d'Artois (52), sir Raynold Cobham (44) and sir Walter of Manny, and rode along before all his battles, and right sweetly desired all his lords and other that they would that day aid to defend his honour. And they all promised him so to do. Then he returned to his own battle and set everything in good order and commanded that none should go before the marshals' banners.

Note 1. Perhaps a misprint for 'had.' The original is 'eut.'
Note 2. In the later revision the writer says : 'I, Froissart, writer of these chronicles, more than once heard the gentle knight sir John Chandos say that he was made knight by the hand of the king Edward of England on this Friday that the assembly was at Buironfosse; and since that he was more valiant than any other who took arms on the side of the English, I make mention of this here.'
Note 3. The original says : ' So these remained on horseback to support those battles which should waver, and were as a rear-guard.'
Note 4. The name of the duke of Burgundy is omitted.
Note 5. TT. Robert III Artois 1287-1342 (52) wasn't created Earl Richmond until 1341? 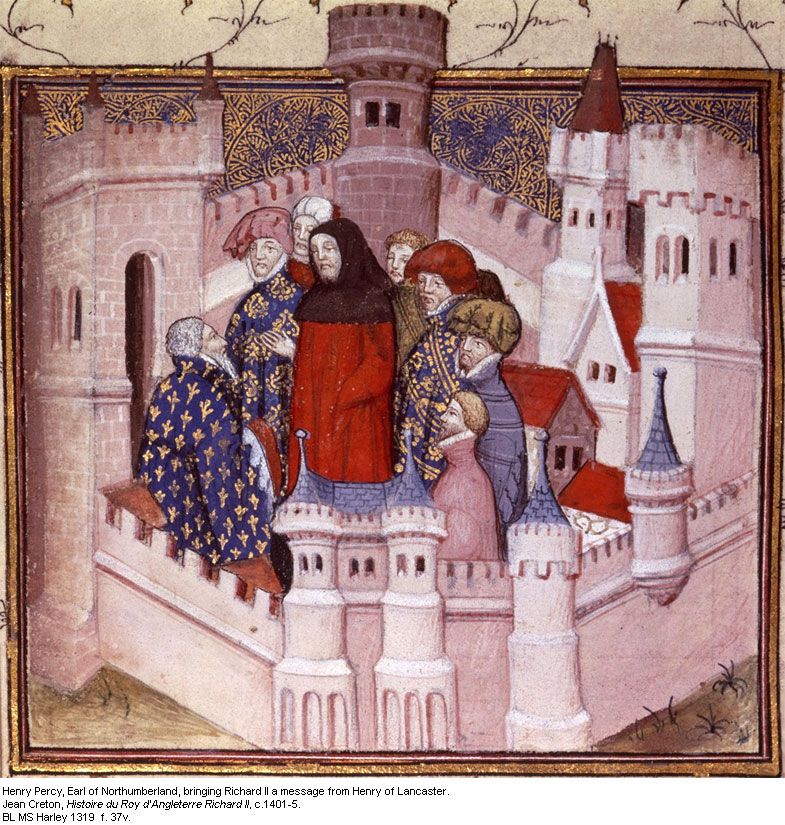